A poignant video has emerged showing the crew of a sunken Indonesian submarine singing together on board.

The video, filmed a few weeks ago, shows the sailors singing an Indonesian farewell tune called Sampai Jumpa, which means “see you later”.

All 53 crew members died when their KRI Nanggala 402 sub broke apart off the northern coast of Bali last week. 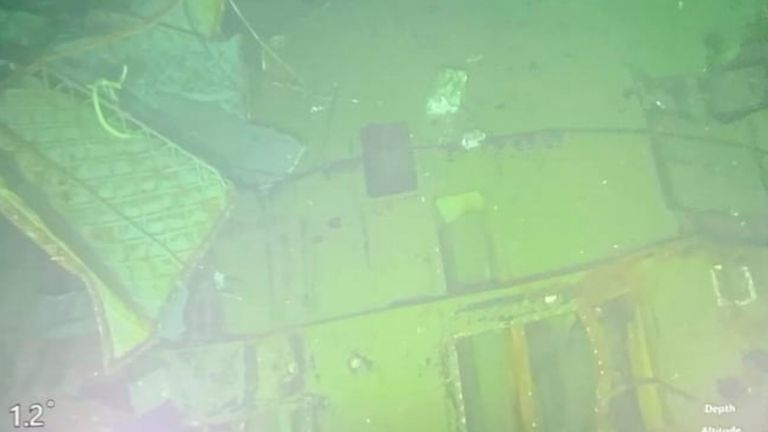 In the footage, released by the Indonesian navy, submarine commander Heri Oktavian and other members of the crew are seen gathered around a seaman strumming an acoustic guitar.

The group singalong was recorded as a farewell for the outgoing commander of the navy’s submarine corps – and well before the sub’s accident.

Search teams from all over the world joined together last week in a race against time to save the crew as their oxygen was running out.

But on Sunday, an underwater robot equipped with cameras found the lost submarine lying in at least three pieces on the ocean floor at a depth of 838 metres (2,750ft).

This is well beyond the submarine’s 200m diving range, at which point water pressure would be greater than the hull could withstand.

The vessel had vanished during a training exercise on Wednesday and the cause of its sinking remains uncertain. 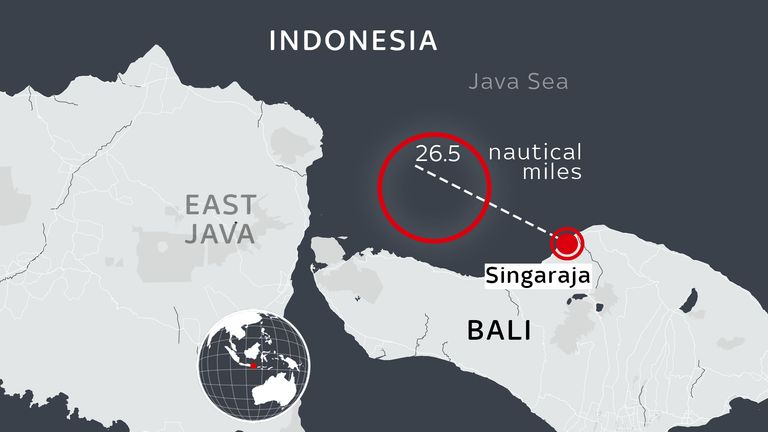 The navy had previously said an electrical failure could have left the submarine unable to execute emergency procedures to resurface.

The German-built diesel-powered KRI Nanggala 402 had been in service in Indonesia since 1981. 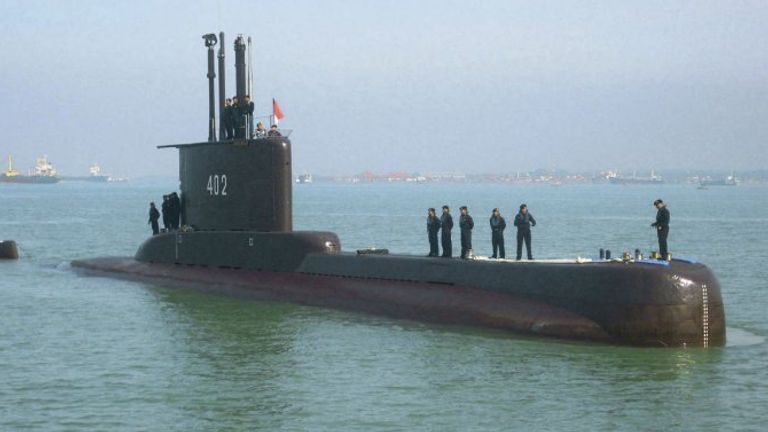 It was carrying 49 crew members and three gunners, as well as its commander, when the accident happened the Indonesian defence ministry said.

Indonesia, the world’s largest archipelago nation with more than 17,000 islands, has faced growing challenges to its maritime claims in recent years, including numerous incidents involving Chinese vessels near the Natuna islands.