Witnesses have said police have opened fire on protesters in Myanmar, amid reports at least one political organiser from the democratically elected government’s party has died in custody.

Several people were wounded in the historic temple city of Bagan, according to witness accounts and videos on social media, while demonstrations were held in at least half a dozen other Myanmar cities.

Residents in the southeastern city of Dawei said soldiers and police moved into several districts overnight, firing shots. They arrested at least three people in Kyauktada Township, residents there said. 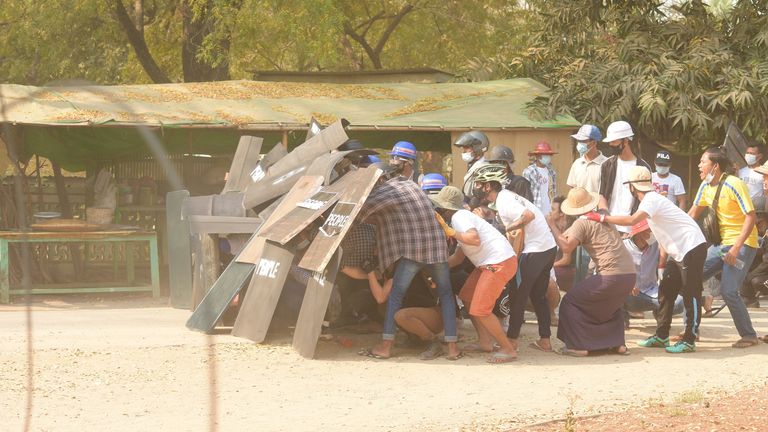 One protest leader said to the crowd in Dawei: “They are killing people just like killing birds and chickens. What will we do if we don’t revolt against them? We must revolt.”

A ward chairman from Aung San Suu Kyi’s National League for Democracy (NLD) party was found dead in a military hospital on Sunday morning by people who lived in his Yangon neighbourhood, according to a post on Facebook by NLD MP Sithu Maung.

Several on social media speculated that U Khin Maung Latt, 58, died after being beaten in custody after being taken from his home, but no official cause of death was immediately announced.

Reuters news agency said it saw a photograph of his body with a bloodstained cloth wrapped around the head.

Another Facebook poster said he had been arrested on Saturday in 30th Street in Pabedan Township.

There were emotional scenes in Yangon as his funeral was held in accordance with Islamic tradition later on Sunday.

At least three protests were held in Yangon, despite overnight raids by security forces on campaign leaders and opposition activists, and video posted by media group Myanmar Now showed soldiers beating up men.

Meanwhile, police fired tear gas to break up a sit-in demonstration by tens of thousands of people in Mandalay on Sunday. 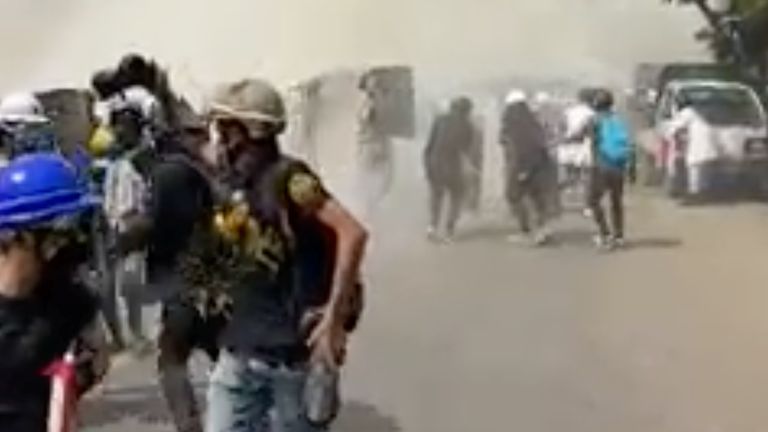 Security forces continued to crack down on many of the other protests, which have erupted following last month’s coup.

The United Nations says more than 50 people have been killed by security forces since the military overthrew and detained elected leader Aung San Suu Kyi on 1 February.

A junta spokesman did not respond to Reuters requests for comment.

The state-run Global New Light Of Myanmar newspaper reported that police said security forces were dealing with the protests in accordance with law. More than 1,700 people have been detained by the police and military in Myanmar, the Assistance Association for Political Prisoners advocacy group said. The latest figure did not include overnight detentions.

Meanwhile, Myanmar’s authorities claimed an activist who was shot dead could not have been killed by police because the wrong sort of projectile was found in her head.

They had exhumed the body of 19-year-old Kyal Sin, who died during the protests in Mandalay on Wednesday wearing a T-shirt that read “Everything will be OK”. State-run MRTV said a surgical investigation showed she had been shot from behind, while police were in front.

Photographs taken on the day showed her head turned away from security forces moments before she was killed.

Opponents of the coup accused the junta of attempting to cover-up their responsibility.

Protesters have demanded the release of Ms Suu Kyi and that military leaders respect the result of November’s election – which her party won in a landslide. 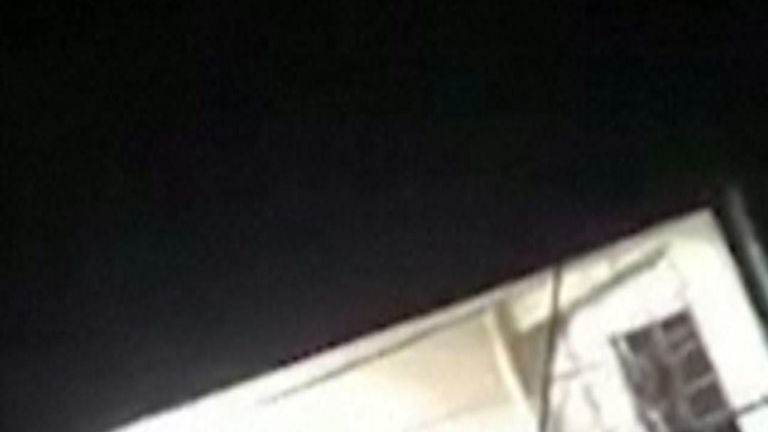 The army has said it will hold more elections at a date in the future yet to be set.

Israeli-Canadian lobbyist Ari Ben-Menashe, hired by Myanmar’s junta to act as a spokesman, told Reuters the military leaders want to leave politics and improve relations with the United States and to distance themselves from China.

He said Ms Suu Kyi had grown too close to China.