(Reuters) – Myanmar reported its first confirmed cases of coronavirus in two men who had recently traveled to the United States and the United Kingdom. 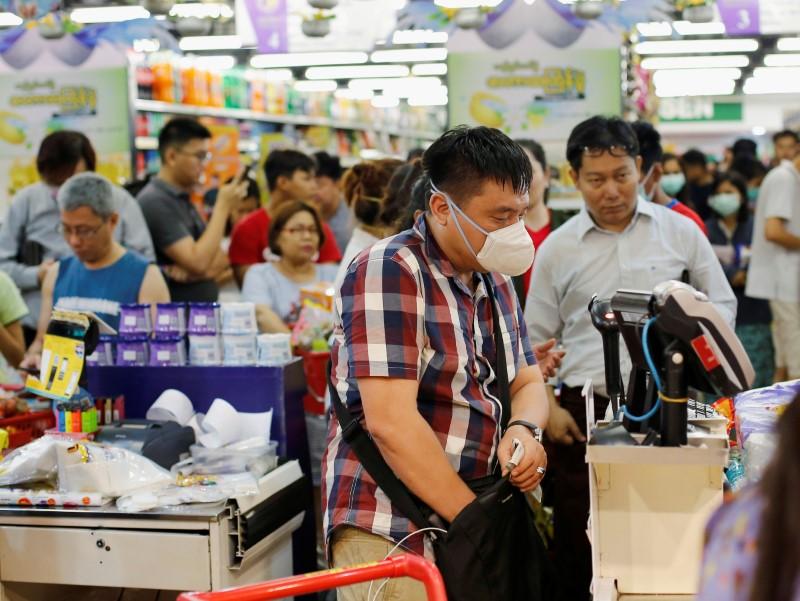 The Southeast Asian nation had been the most populous country in the world to say it had no cases, despite sharing a long and porous border with China, where the virus originated in the city of Wuhan.

The health ministry said a 36-year-old traveling from the United States and 26-year-old returning from Britain, both Myanmar nationals, had tested positive.

“Investigation is ongoing on history of people who have been in contact with these two patients,” it said in a statement late on Monday.

The news of the confirmed cases sparked panic buying in the commercial capital of Yangon, with shoppers packing major supermarkets.

Government spokesman Zaw Htay told a news conference earlier this month that the “lifestyle and diet of Myanmar citizens” had protected the country against the virus, while others credited the country’s Buddhist religion.

Some doctors say they fear a major outbreak though in a country with a health system ranked among the world’s worst after decades of neglect under military rule. Many services are run by volunteers and aid groups.

Two doctors told Reuters a likely explanation for the lack of cases in Myanmar was limited testing. Myanmar had carried out around 300 tests as of Monday evening, in a population of 51 million, according to health ministry spokeswoman Khin Khin Gyi.

“WHO has said, ‘test, test, test,” she said. “But who should we test? It has said specifically that we should test the suspected cases… We don’t test random people.”

Until recently, each test had to be approved by a central committee based in the capital of Naypyitaw, she said.

Thousands of migrant workers have returned to villages across the country in recent days from Thailand, which has confirmed hundreds of cases, raising fears of further spread of the virus.

“If these people have the virus, and it spreads widely, the situation will be very bad,” said Kyaw Ko Ko, a community worker from the city of Meiktila. “All we can do is sit and wait to collect all the dead bodies.”