WHO teaming up with countries and partners worldwide to accelerate work on coronavirus vaccine as deaths hit 195,000.

The Pacific island nation of Vanuatu is defying the coronavirus-led shutdown of global sport by scheduling their Women’s Super League cricket final and streaming it on social media on Saturday, Reuters news agency reported.

Most sport around the world, including all international cricket, has been brought to a halt because of the social-distancing measures put in place to control the pandemic.

“We’re lucky here in Vanuatu and life is returning to normal so we thought it was our duty to provide the world with some live sport,” Shane Deitz, chief executive of Vanuatu Cricket, said in a video posted on Twitter.

02:01 GMT – Senior official cited by Trump is subject of investigation

The senior Department of Homeland Security (DHS) official who was thrust into the spotlight by US President Donald Trump to describe the effects of temperature on COVID-19 has been the subject of misconduct allegations for his previous government work.

A Department of Energy Inspector General investigation was still pending on Friday based on evidence submitted by a whistle-blower that William Bryan abused his government position with energy-consulting work in Ukraine.

It is unclear if Trump was aware of that investigation when he called on Bryan at his daily briefing Thursday to explain DHS research that prompted a presidential riff on the potential to cure the virus with disinfectant and kill it with sunlight.

Bryan has been acting under-secretary for the DHS Science and Technology Directorate, since May 2017. Before that, he was president of a consulting firm in Virginia, following previous work with the Department of Energy.

The commission also reported 29 new asymptomatic cases, slightly down from the previous day’s tally of 34. Four of these cases were imported.

The total number of confirmed cases in China is now 82,816. The death toll remained the same at 4,632, with no new deaths reported on April 24. 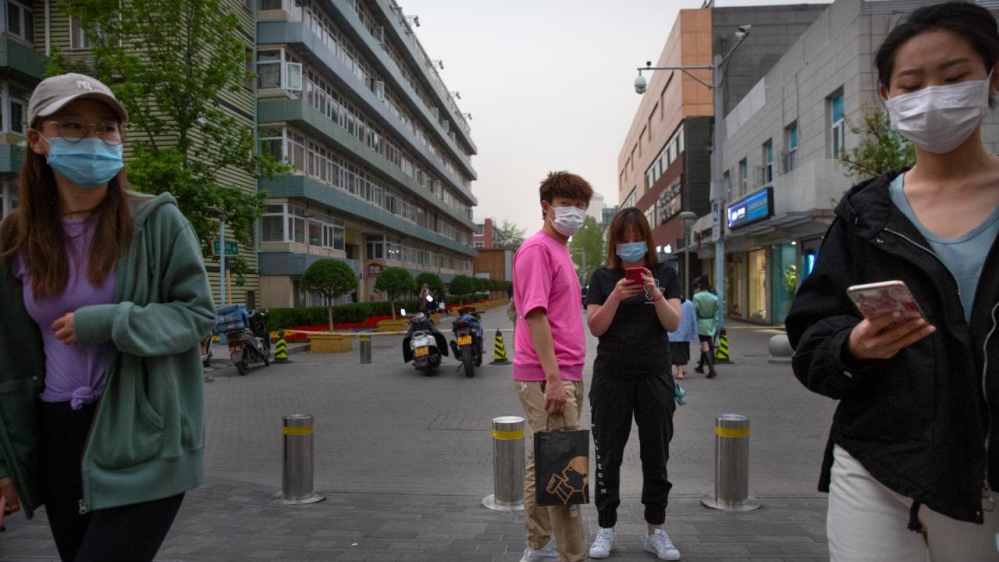 Poland’s health minister, who is also a cardiologist, has said that delaying the country’s presidential election until 2022 would be “the only safe option” given the coronavirus pandemic.

“One option would be to put this whole issue on hold for two years and really deal with the epidemic. I think that’s the best option and I recommend it,” Minister Dr Lukasz Szumowski told Poland’s Polsat commercial television.

Despite pressure from the opposition, medical workers, the majority of the public and even members and allies of the ruling conservative party, the government has refused to postpone the May 10 ballot.

President Andrzej Duda is running for reelection in the polls.

The International Monetary Fund (IMF) has announced the payment of emergency aid of $309m to Mozambique to help fight the coronavirus pandemic.

“The pandemic should have a significant impact on the economy of Mozambique, halting an emerging recovery after two powerful tropical cyclones that struck in 2019,” the institution said in a statement.

In an extraordinary reversal, the US Navy has recommended reinstating the fired captain of the coronavirus-hit aircraft carrier Theodore Roosevelt, whose crew hailed him as their hero for risking his job to safeguard their lives, officials told Reuters news agency.

The Navy’s leadership made the recommendation to reinstate Captain Brett Crozier to Defense Secretary Mark Esper on Friday, just three weeks after Crozier was relieved of command after the leak of a letter he wrote calling on the Navy for stronger measures to protect the crew, the officials said, speaking on condition of anonymity.

The Pentagon issued a statement acknowledging Esper received the results of the Navy’s preliminary inquiry into the Roosevelt incident. But it added that Esper wanted to review a written copy of the completed inquiry.

Mexico’s health ministry has confirmed a total of 12,872 coronavirus cases across the country.

The ministry also said the number of deaths has reached 1,221.

Britain is to start trials to see whether plasma collected from donors who have recovered from COVID-19 could be an effective treatment for patients who are severely unwell with the disease, Reuters news agency reported.

Up to 5,000 severely ill patients with COVID-19 could soon be treated each week with plasma as part of a new approach to treating the virus, the health department said on Saturday.

Plasma from recovered COVID-19 patients can be transfused to patients who are struggling to produce their own antibodies against the virus.