Quinten Maatman, 19, made the historical discovery in the small village of Schalkhaar in the Netherlands. The collection of Nazi memorabilia is believed to have been buried during World War Two and included an astonishing 502 gold coins – some of which were marked with a swastika.

In addition, a Hitler youth dagger, a Nazi buckle, Canadian medals, bullets, a bayonet, a pair of scissors, a shaving brush and an iron were also found.

The young explorer, from the nearby town of Deventer, described the find as a “dream”.

He said: “One coin after another came out of the ground. My legs were trembling.

“This is what you dream about and then it happens to you.” 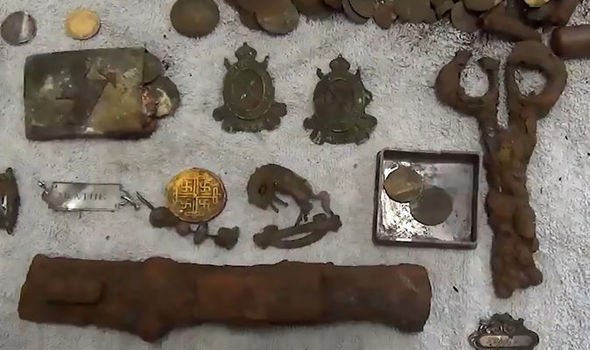 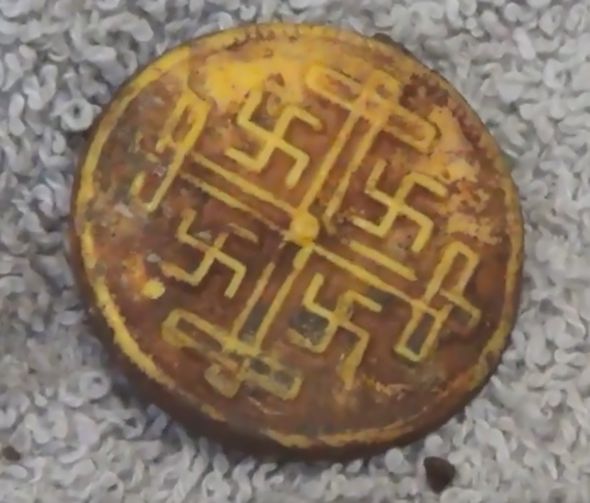 City archaeologist Bart Vermeulen said the discovery was a once in a lifetime moment.

He said: “There are a lot of people who search all their lives, but never find anything like this.

“These are the dream finds for every treasure hunter.”

According to Mr Vermeulen, a hoard of this size would have been deliberately buried underground. 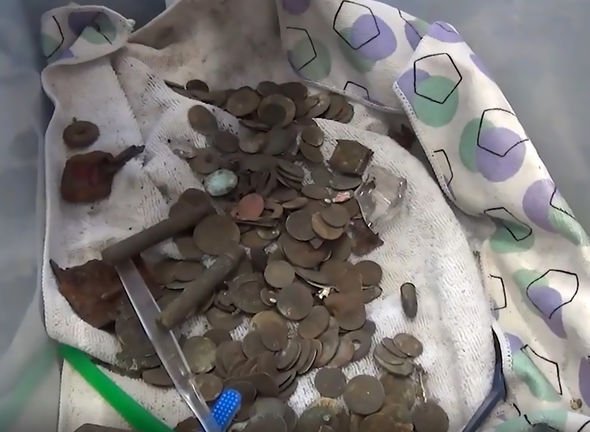 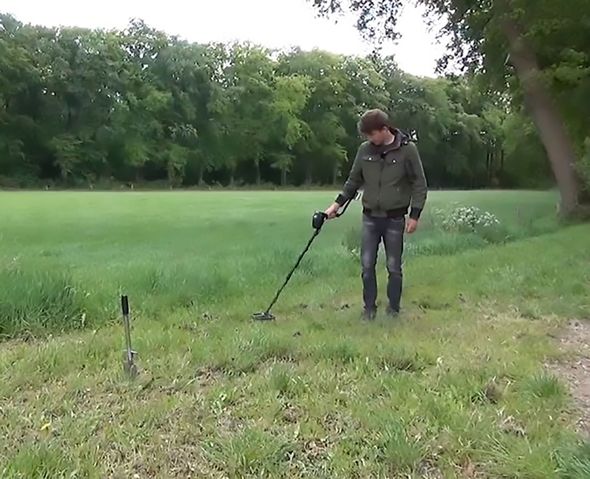 Experts do not believe the artefacts will be of significant value but will represent another important part of modern history.

The Nazis began minting coins as early as 1933 when Adolf Hitler took power and become the Chancellor of Germany.

The Nazi treasure is understood to have ended up in The Netherlands after Germany invaded its neighbours following the outbreak of World War Two. 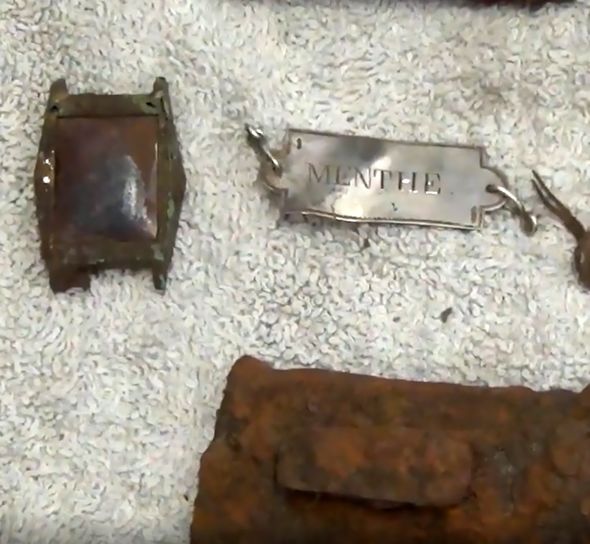 The Netherlands, despite being neutral in the conflict, was invaded by Nazi Germany in 1940.

German forces moved into the country as part of its assault on Europe on May 10, 1940, and The Netherlands surrendered one day after the bombing of Rotterdam on May 15, 1940.

The village of Schalkhaar was the home to an Army base during the conflict and its barracks were taken over by German forces by 1941.

However as the war progressed, gold was shipped to a number of branches of the bank by 1943.