EU: Netherlands to play 'critical role' for US says expert

The Netherlands has spread voting in the general election over three days to allow people to vote safely and in smaller groups during the coronavirus pandemic. The pandemic has inflamed tensions in the Netherlands, with widespread protests against the government and its lockdown policies raging on Sunday, with police using water cannons to disperse crowds.

Who will win the election?

The latest polls show Mr Rutte’s People’s Party for Freedom and Democracy (VVD) is on track to sweep up some 24 percent of the vote.

If this manifests, it will leave the country’s largest party with more seats than the previous election. 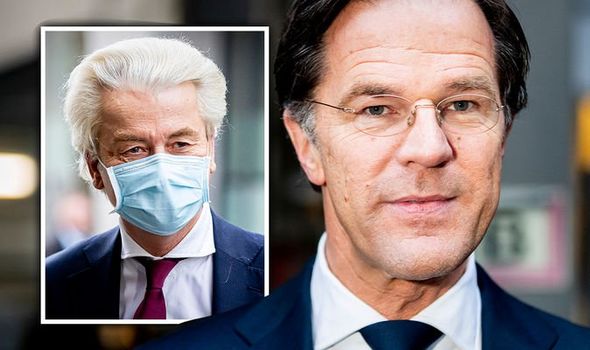 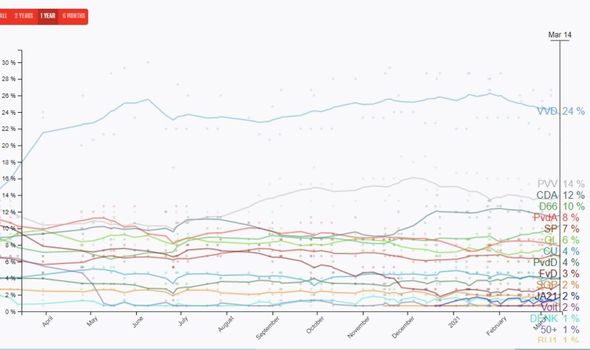 This would make it fairly certain the VVD will form the next government, most likely with some of the same coalition partners.

Coming up behind the VVD is the Party for Freedom (PVV), led by Geert Wilders, looking to rake in 14 percent.

The populist PVV s forecasting to hold about the same number of seats as the last election.

Mr Rutte has already ruled out a coalition with the anti-Islam PVV, regardless of how many seats they win. 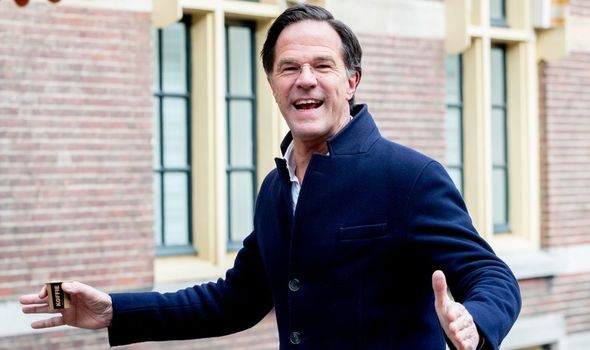 Democrats 66 (D66) are in next with 10 percent, followed by the Labour Party (PvdA) with eight percent and the Green Left (GL) with six percent.

The Dutch election system works with proportional representation in a single, nationwide constituency, meaning that any party that wins 0.67 percent of the national vote is assured of a seat.

The current parliament is made up of 14 parties, and a record 37 are contesting in this election as the fragmented parliament saw support for dominant parties dropping and opening space for smaller parties to win seats. 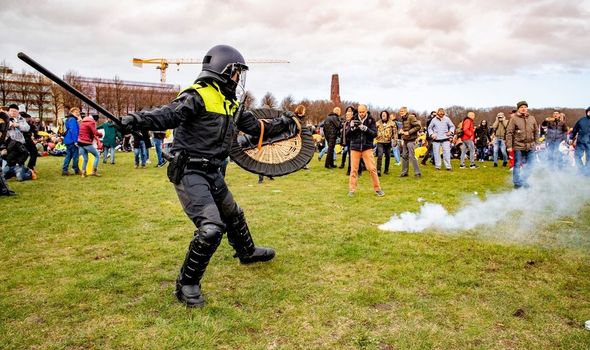 Analysts predict Mr Rutte should be able to form a new coalition with just two of his three current partners: the CDA and the progressive D66.

Predictions are that he won’t need the socially conservative Christian Union whose support he needed for a majority in 2017.

Another scenario being discussed would be if Mr Rutte tried to form a new alliance with the CDA and the PvdA.

The PvdA – after a disastrous showing in the last elections in which it lost three-quarters of its seats – is recovering in the polls somewhat. 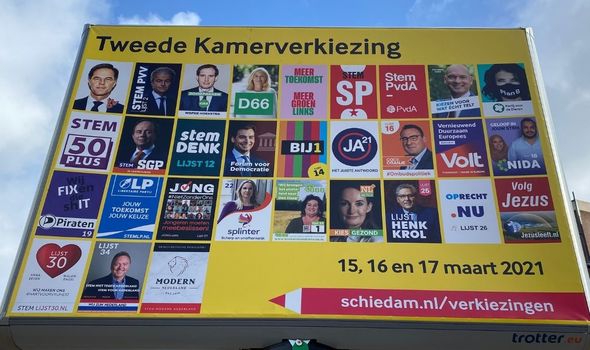 Pepijn Bergsen, a Chatham House researcher and Netherlands specialist, said: “[Mark Rutte] has held on to his ‘rally round the flag’ boost from the start of the pandemic.

“And Covid has completely pacified the political debate – taken all the energy out of politics.”

If this manifests and Mr Rutte succeeds, it will make him the longest-serving Dutch leader in history.

Rem Korteweg of the Clingendael think tank said Mr Rutte had three key assets: politically, he was a “great technician”, who also had “genuine personal appeal”, and he was “Teflon: problems don’t stick”.