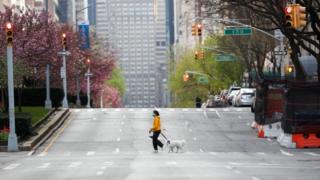 Governors of six eastern US states have begun drawing up plans for reopening after the coronavirus shutdown.

Discussions began as the outbreak in New York is said to be plateauing, despite the death toll passing 10,000.

The Trump administration has issued social distancing guidance that lasts until 30 April, but there are questions over when restrictions should be lifted.

President Trump has made no secret of his desire to ease restrictions, but health professionals have warned against lifting infection prevention measures early. He is expected to name a council this week to advise on re-opening the country that will include his daughter, Ivanka, as a member.

A spokesman for the White House said: “The President wants to see this economy open again so people can get back to work, but scientific data will drive the timeline on those decisions.”

Governors in the northeastern US states, led by Mr Cuomo, said they would take a most cautious approach to changes and only reopen under the strictest medical guidance.

“This is new for all of us,” Mr Cuomo said on Monday, leading the call with other state leaders. “It throws out a lot of the old rules and the old ways of doing business.” 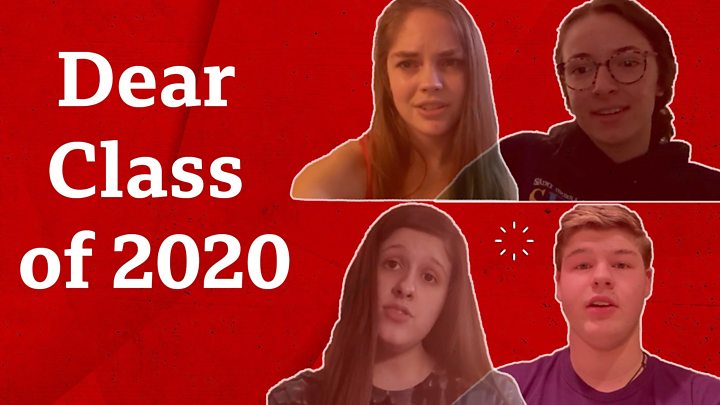 “The state boundaries mean very little to this virus.”

Connecticut Governor Ned Lamont said the states would work on transport and information sharing as part of the effort.

The major commuter corridors have become the “covid corridor” he said, adding that the states would establish a database to help monitor a gradual reopening.

Over a quarter of the US population live in the states on both coasts exploring reopening plans.

President Donald Trump has suggested that governors do not have the authority to reopen their states, tweeting on Monday that “some in the Fake News Media are saying that it is the Governors [sic] decision to open up the states,” adding, “It is the decision of the President.”

Mr Trump reiterated that viewpoint during the White House briefing on Monday, saying: “The president of the United States calls the shots.”

He added that his administration would work with the states, but went on to say: “When somebody is the president of the United States, the authority is total”.

“It’s total. The governors know that.”

The president also insisted that a number of provisions in the US Constitution give him such power.

The Constitution, however, makes clear that states have control over maintaining public order and safety, which scholars say means it is under the purview of governors to decide when virus-related restrictions are lifted.

Spain has allowed around 300,000 nonessential workers to return to their jobs and Italy – the hardest-hit country in Europe – will allow a narrow range of businesses to resume operations this week. In France, taking a different path, President Emmanuel Macron has announced the country’s near-lockdown will extend until 11 May.

What’s the situation in New York?

New York has become the epicentre of the fight against coronavirus in the US.

During a briefing on Monday, Governor Cuomo said he believes the “worst is over” for New York. The state’s single day death toll of 671, though “horrific” was the lowest recorded for a week.

“If we continue to be smart,” he said, “I believe we can start on the path to normalcy.”

However, the state’s progress could be immediately reversed if New York did not stick to its social distancing protocols he said.

“You can turn those numbers on two or three days of reckless behaviour,” he said.