WELLINGTON (Reuters) – When New Zealand Prime Minister Jacinda Ardern and her top health official announced this week they would delay easing tough measures to control the coronavirus pandemic, they might have expected an uproar. 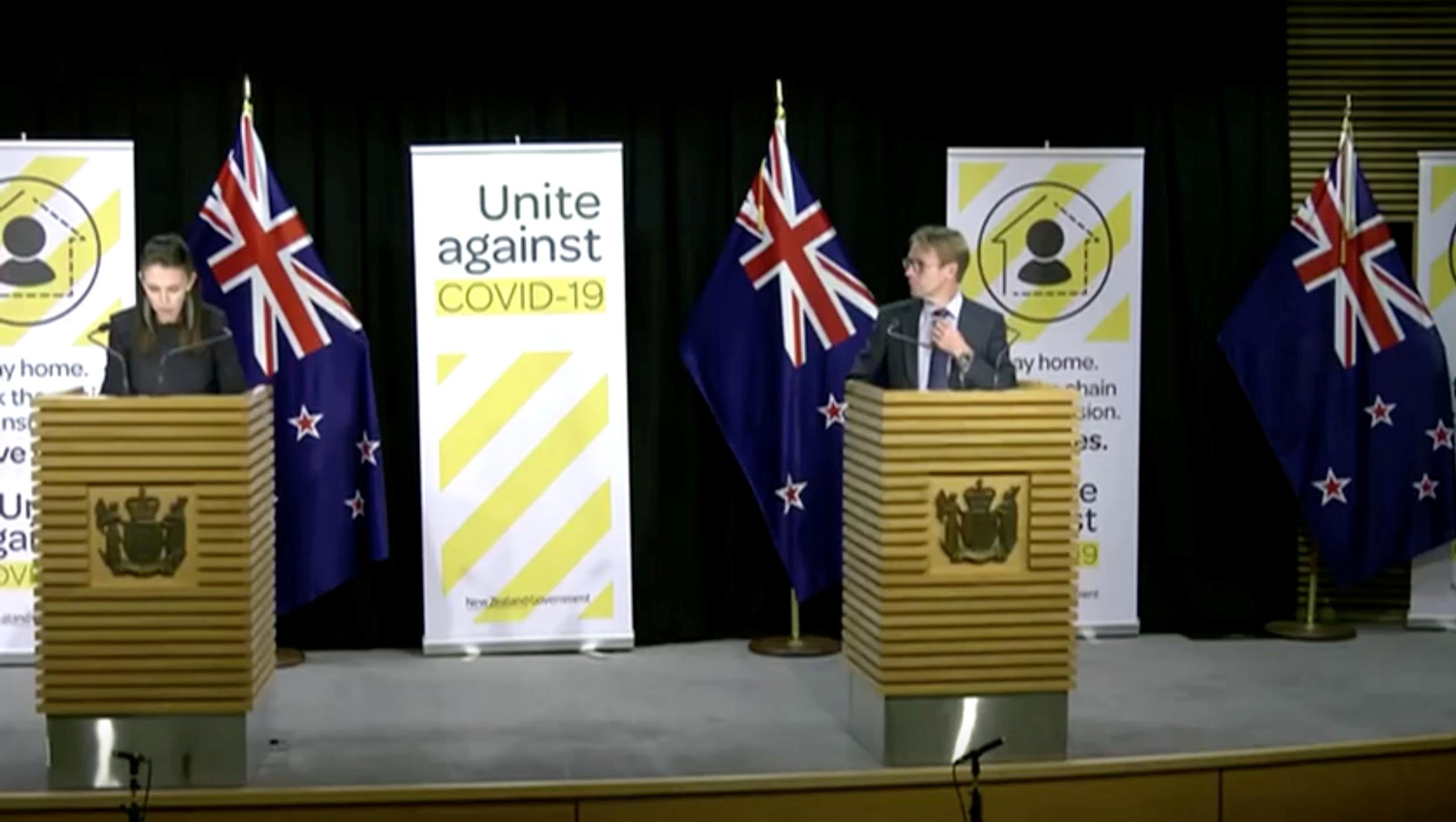 Instead, New Zealanders – largely confined to their homes for a month – flooded social media with messages of support for Ardern and Dr Ashley Bloomfield, the director general of health.

The duo, who lead New Zealand’s policy of near-total isolation and sweeping restrictions on movement, have created and ridden a wave of public support and compliance that has all but shut down the spread of the virus.

Getting the $200 billion trade- and tourism-dependent economy running again from a standing start will be no mean feat. Criticisms have grown that similar results could have been achieved with less stringent measures. And ongoing costs of lost jobs and stimulus measures could count against Ardern’s party in upcoming elections.

For the time being, however, Ardern is garnering more global praise for her brand of liberal, inclusive and compassionate leadership that has seen some label her “the anti-Trump”.

An article in The Atlantic this week suggested Ardern may be “the most effective leader on the planet”.

Love songs here, memes and tributes for Bloomfield are racking up thousands of views, while T-shirts proclaim Bloomfield and Ardern “The New Zealand King and Queen of quarantine”.

“I want Ashley Bloomfield to read bedtime stories to me,” said one commentator on Twitter, in a tribute to his calm delivery of daily disease updates.

The popularity, openness and cohesiveness of New Zealand’s epidemic response has contrasted with some other countries.

U.S. President Donald Trump has disagreed publicly with his medical chief Anthony Fauci and has shouted down media questioning his administration’s virus response.

Brazil’s President Jair Bolsonaro has played down the pandemic and sacked his health minister, while Indian Prime Minister Narendra Modi is yet to hold a media conference despite locking down 1.3 billion people amid a growing number of cases.

Professional advice from a well-regarded public health system, community buy-in and Ardern’s leadership had made a difference, Clark added.

Ardern shared modelling and data swiftly and asked New Zealanders to be kind, and do good, messages that were posted on hoardings and digital screens across the country, and reinforced in candid Facebook Live chats.

“We weren’t put on a war footing, we were on a kindness footing,” said Dr Siouxsie Wiles, a microbiologist and associate professor at the University of Auckland.

The strategy appears to have worked. So far, New Zealand has recorded 13 deaths from 1,445 cases of the virus, far fewer than early modelling suggested.

While other economies were still buzzing along, New Zealand shut its malls, eateries, schools, offices – even takeaways and home deliveries.

People were only allowed out for essential trips close to home.

Google’s community mobility data showed activity near commercial and retail areas dropped almost 90% and around 75% near parks and beaches.

On April 1, days after the lockdown, Air New Zealand’s revenue chief Cam Wallace tweeted an image of just one plane operating over the country’s entire airspace.

“Geography has been a problem for us before, but today it’s an asset because you can act decisively to protect yourself. And that’s what New Zealand did,” Clark said.

But the economic impact on the nation of 5 million has been unprecedented.

The treasury estimates the jobless rate will jump to 13% even if the lockdown is quickly lifted, with GDP seen declining by as much as one-third.

The central bank has started quantitative easing, buying up NZ$30 billion worth of government bonds.

“How Ardern handled the crisis is fantastic,” said Andrew Hughes, from the Research School of Management in Australian National University. “But what will be more important is how the government recovers the economy and society as well.”

Castalia Group, an economics and strategy consulting firm, said New Zealand may have more difficulty rebounding compared to Australia where restrictions were progressively introduced and aimed only at limiting activities where big groups of people gathered.

“Australian policies appear, on the limited evidence, to be effective with fewer negative impacts on wider wellbeing,” Castalia said in a report which was referred to by opposition National Party leader Simon Bridges this week.

Heavy vehicle activity dropped by about 80% in New Zealand compared to just 3-5% in Australia, according to one of the data seen by Castalia.

“That level of shutdown of economic activity could be very costly,” Alex Sundakov, Castalia’s executive director in Australia said.

Robertson told lawmakers there was limited evidence as to the different impact of the countries’ measures at this point, and both were doing well relative to the rest of the world.

A successful recovery is critical for Ardern’s bid for re-election in September.

Ardern is hugely popular among liberals globally thanks to her compassion, her focus on climate change action and multilateralism, and her ability to combine motherhood and leadership.

But critics back home say she has under-delivered on issues including affordable housing, inequality and economic growth.

While Ardern is still comfortably ahead of rivals as preferred prime minister, support for her coalition government is less emphatic.

“Regardless of how well the government have dealt with the health crisis, there is now going to be a severe economic crisis to navigate,” said political commentator Bryce Edwards of Victoria University in Wellington.

Clark, who was prime minister for three terms from 1999 to 2008, said she never had to face the major emergencies that Ardern had risen to.