Mr Farage pointed to widespread scepticism of his enthusiasm in the lead up to the 2016 EU referendum and said he would again prove the pundits wrong with his bold prediction. The Brexit Party leader said many believed he was “bonkers” to forecast President Trump’s election win four years ago and this time around it’s no different.

He tweeted: “I’m willing to stick my neck out once again. Donald Trump will win on November 3, 2020.”

Addressing those polls, Mr Farage said: “The atmosphere, so far this year, is not dissimilar to that of 2016.

“Many political analysts have stated with great glee that Trump will lose; they have knocked him for his Axios interview, and they have said they look forward to the resumption of ‘normal service’.” 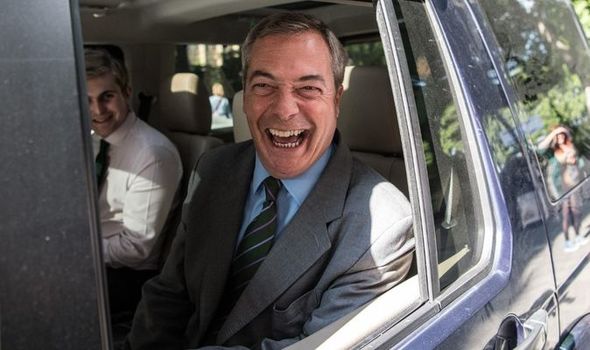 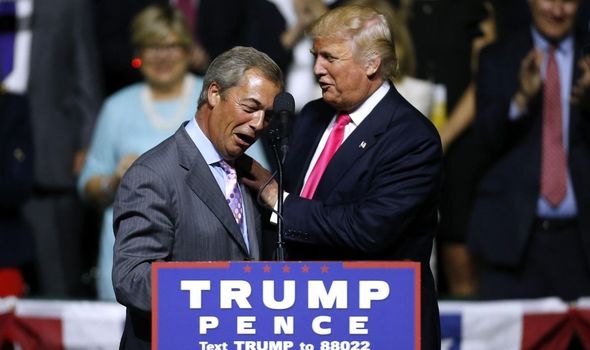 Mr Farage said his American pal had spent his first term in the White House being “assailed from all sides”.

He said despite multiple attempts to tear down his reputation, Mr Trump had proved to be “solid as a rock”.

“Why? One simple part of the answer to that question is that so many voters were shy of telling these opinion-gatherers their true feelings.” 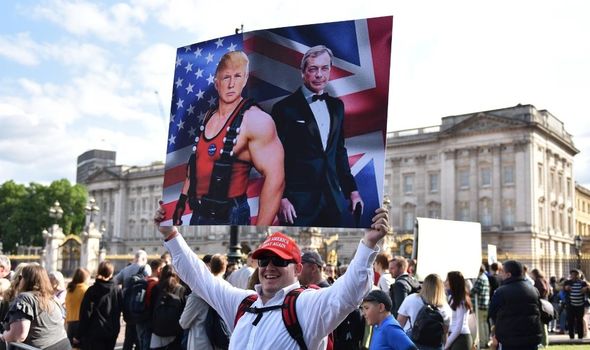 In less than four months the Republican President will face off with Democrat Joe Biden.

Mr Biden, who is best known as Barack Obama’s vice-president but has been in US politics since the 1970s, will this week be nominated by the Democratic Party.

Opinion polls in key battleground states are not looking good for Mr Trump.

But analysts have said there is still a long way to go before votes are cast and a lot can change. 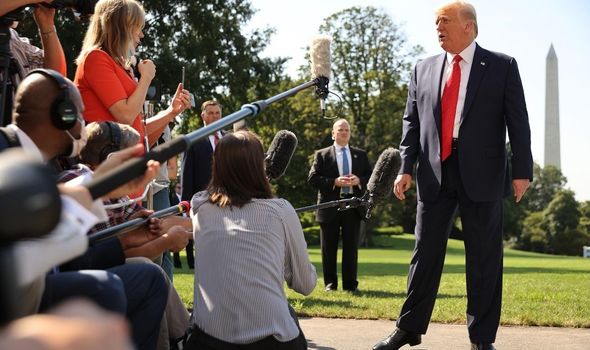 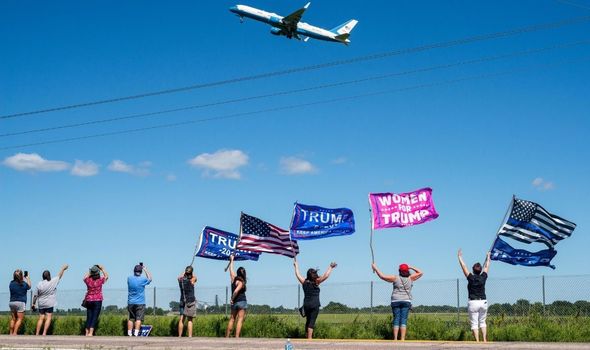 However, more concerning for the Trump campaign will be his poll ratings in battleground states where the Republican leader won big in 2016.

His winning margin in Iowa, Ohio and Texas was between eight and 10 percent.

Now, polls show he and Mr Biden are neck-and-neck.

Mr Trump has suggested this year’s election should be postponed due to the large amount of postal votes expected because of the coronavirus pandemic.

Several Democratic state attorneys general said on Tuesday they will sue Mr Trump’s administration in a bid to block Postal Service changes that may affect mail-in voting in the ballote. 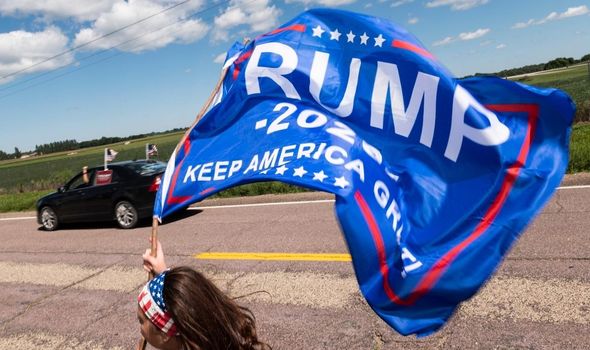 A lawsuit led by Washington state will argue that the Postal Service implemented the changes illegally and without following procedures required by federal law.

Connecticut Attorney General William Tong said: “We will ask the court to block these destructive new policies and fully and immediately restore the postal service, so that Americans can cast their ballots with confidence this November and know their votes will be counted.”

Mr Trump said last week he was against Democratic efforts to include funds for the Postal Service and election infrastructure in coronavirus relief legislation because he wanted to limit mail-in voting during the pandemic.