North Korea is breeding black swans for meat as part of a push to solve its crippling food crisis.

Industrial breeding of the bird is gathering pace after a swan house was built at the Kwangpho Duck Farm, according to state media.

It reported earlier this week that several blocks of sheds for breeding the birds had been built and that the efforts would improve people’s “living standard”. 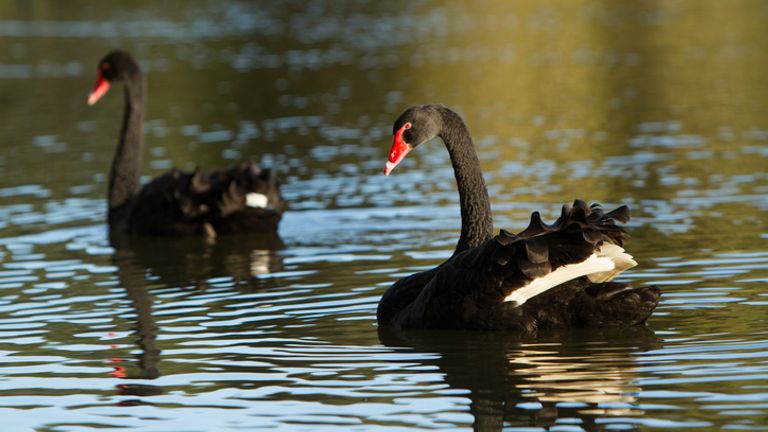 Millions struggle to find enough food in the totalitarian state and leader Kim Jong Un admitted publicly in June there was a food crisis after a poor harvest last year.

He has now ordered every grain to be secured as part of an all-out farming effort, according to reports of a briefing by South Korea’s spy agency on Thursday.

Experts on the region say the situation is dire and that large shipments of humanitarian aid appear to be coming via China.

Besides economic mismanagement, it’s believed food supplies have suffered due to sanctions over North Korea‘s weapons, the COVID pandemic hampering imports, and natural disasters such as typhoons.

Kim Jong Un’s portly physique stands in stark contrast to the extreme food scarcity experienced by millions of his people.

However, the dictator appears to have lost a considerable amount of weight in recent pictures.

He’s shed about 20kg (just over three stone) but remains healthy, according to politicians who attended the briefing from South Korea’s National Intelligence Service.

The agency said it had used artificial intelligence technology, an analysis of high-resolution video and other methods to come up with the assessment.

Kim is now believed to weigh about 120kg (nearly 19 stone), but politician Kim Byung-kee said the agency dismissed rumours he may be using a body double.