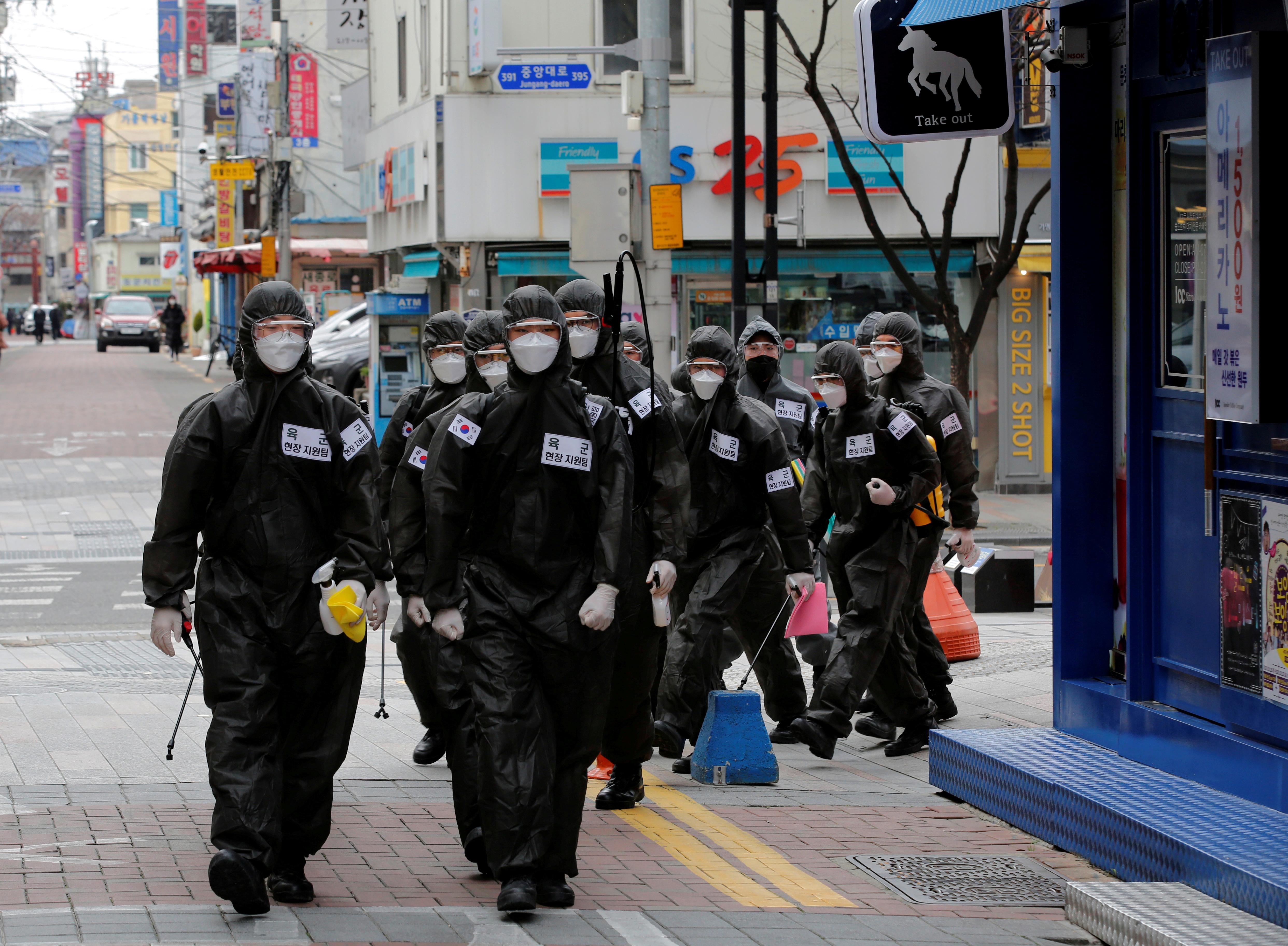 SEOUL (Reuters) – The South Korean city of Daegu, which endured the first large coronavirus outbreak outside of China, on Friday reported zero new cases for the first time since late February, as new infections across the country dropped to record lows.

With at least 6,807 confirmed cases, Daegu accounts for more than half of all South Korea’s 10,450 infections.

South Korea on Friday reported 27 new cases as of the night before, a new low since daily cases peaked at more than 900 in late February, according to the Korea Centers for Disease Control and Prevention (KCDC).

The death toll also rose by four to 208, the KCDC said.

The spread of infections at a church in Daegu drove a massive spike in cases in South Korea beginning in late February.

The outbreak initially pushed the tally of confirmed cases much higher than anywhere else outside of China, before the country used widespread testing and social distancing measures to bring the numbers down.