Thousands of supporters of a banned radical Islamist party have clashed with police in Pakistan for a second day in a row.

Protesters began a “long march” from the eastern city of Lahore on Friday. Their goal is to reach the capital Islamabad and pressure the government to release Saad Rizvi, the head of the Tehreek-e-Labiak Pakistan (TLP) party.

Rizvi was arrested last year amid demonstrations against France over the publication of caricatures of Islam’s Prophet Mohammed. 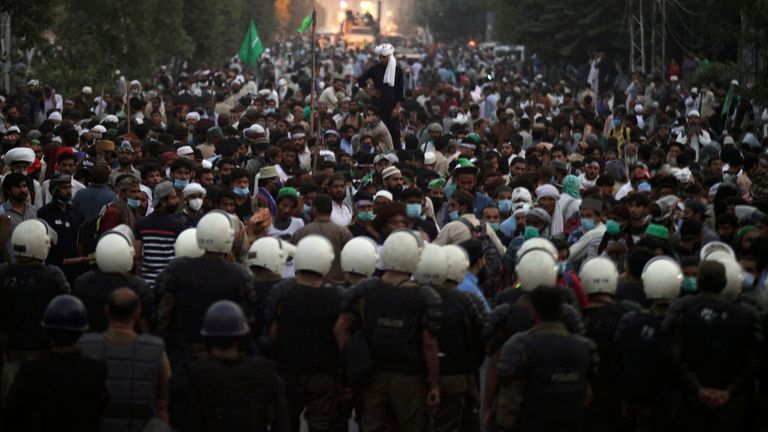 Sajid Saifi, a spokesman for Rizvi’s party, said supporters spent the night near the Ravi River bridge and on Saturday morning started again towards Islamabad amid tear gas fired by security forces. 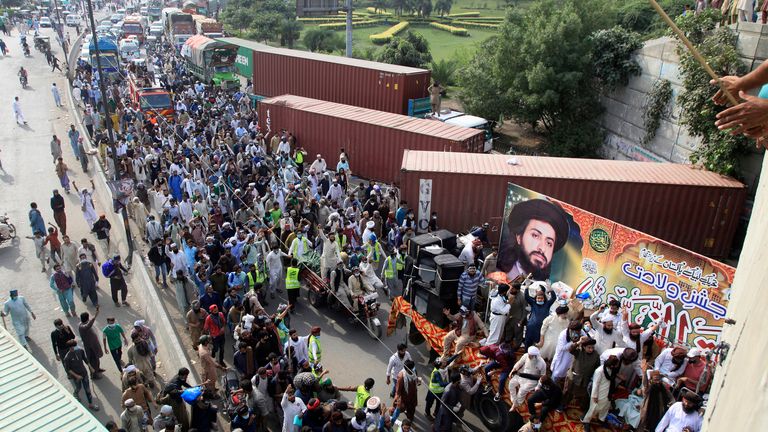 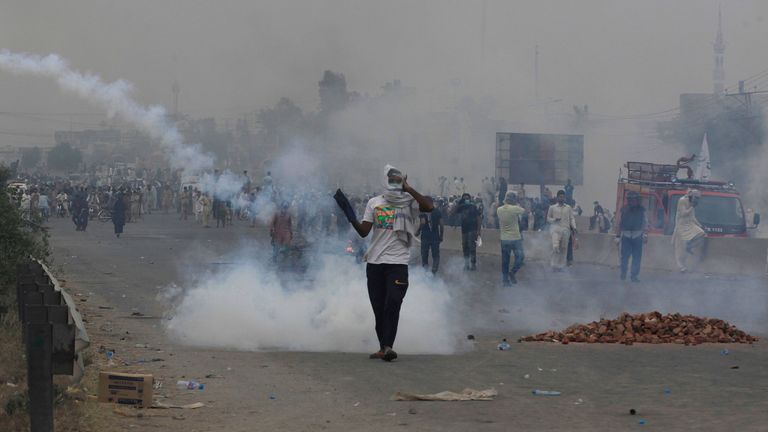 He said the huge crowd removed barricades and left the city limits but again faced authorities near the town of Kala Shah Kako.

Mr Saifi said “many” party supporters were injured by tear gas canisters as they attempted to leave Lahore.

Witnesses said the demonstrators were on foot but some vehicles took the injured to hospital and brought food and water.

Rizvi’s party gained prominence in Pakistan’s 2018 elections, campaigning on a single issue: defending the country’s blasphemy law, which calls for the death penalty for anyone who insults Islam.

It has a history of staging violent protests to pressure the government to accept its demands.