JERUSALEM (Reuters) – Ten Jewish worshippers wearing face masks prayed at the Western Wall on Sunday at a special “Priestly Blessing” during the holiday of Passover, an event usually attended by thousands. 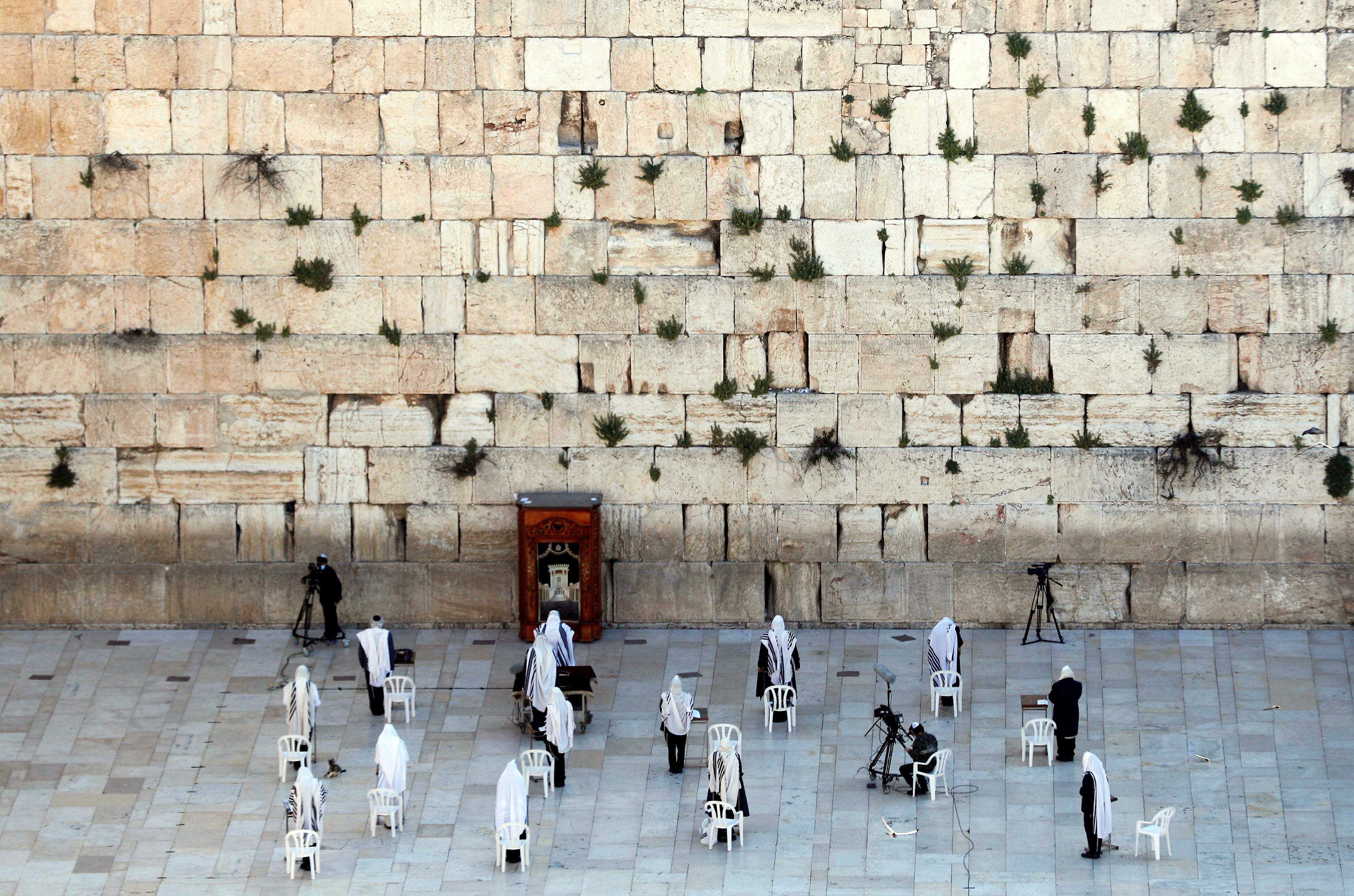 U.S. ambassador to Israel David Friedman was among the group attending on Sunday.

“Last year I was among 100,000; this year, unfortunately, far less,” Friedman wrote on Twitter. “I will pray that the world is spared further illness or sorrow from COVID-19 or otherwise.”

The blessing is carried out by members of the Jewish priestly caste, known as “Kohanim” in Hebrew.

Holding prayer shawls above their heads and covering their faces, they chanted the blessing, starting with: “The Lord blesses you and keeps you”.

Kohanim are thought to be descended from the line of the biblical Aaron and are often referred to as Jewish priests because of their prominent role in worship in Judaism’s ancient Temples in Jerusalem.

The ceremony is held during the Jewish holidays of Passover and Sukkot.

The Western Wall abuts the sacred compound known to Jews as Har ha-Bayit, or Temple Mount, and to Muslims as al-Haram al-Sharif, or The Noble Sanctuary.

The holiest place where Jews are allowed to pray in Jerusalem, it was built more than 2,000 years ago by Herod the Great.