Foreign minister says ‘process of incrementally unlocking’ the country will start on Monday. 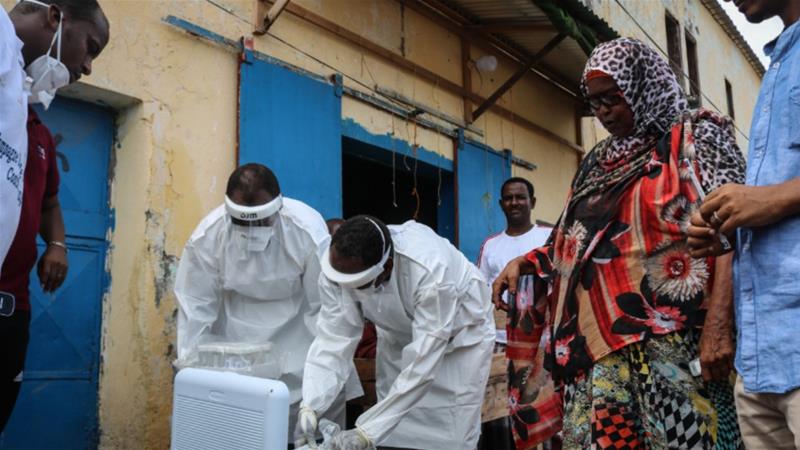 Djibouti, the country with the highest prevalence of coronavirus cases in East Africa, is due to begin lifting lockdown measures in a bid to relieve pressure on its economy.

To date, the tiny Horn of Africa nation that hosts major US and French military bases has recorded 1,189 coronavirus infections and three related deaths.

“By tomorrow, the process of incrementally unlocking the country will start in Djibouti,” Foreign Minister Mahmoud Ali Youssouf wrote in a Twitter post on Sunday.

“The stakes are high but there is no other option: people need to make their living and go to work,” he said.

Public transport will resume and places of worship will officially be allowed to reopen, though they must follow “very strict measures of protection” like requiring masks and enforcing physical distancing, Youssouf added.

“The borders will remain closed except for humanitarian personnel who will follow an agreed protocol of prevention to avoid reintroducing a new form of the virus,” he said, without elaborating.

Even with those measures in place, Youssouf acknowledged that “new epicentres of contamination could emerge in the capital city” and said a national taskforce would continue to follow the spread of COVID-19, the highly infectious respiratory disease caused by the new coronavirus.

The Africa Centres for Disease Control and Prevention (Africa CDC) says Djibouti has the highest number of cases in Africa relative to its population of about one million people, though its testing has also outpaced many of its neighbours.

On March 23, the government announced a nationwide lockdown, closing borders and places of worship, banning public transport and allowing only workers in essential industries to go outside.

But the measures have been largely ignored, with large crowds still common in Djibouti City, the capital.

President Ismail Omar Guelleh, in power since 1999, warned last month of “even tougher measures” if the population did not respect confinement rules.

But the strict imposition of the lockdown has prompted criticism of Guelleh, who could run for the presidency again next year after term limits were abolished in a constitutional change.

Meanwhile, the number of coronavirus cases in Africa has surpassed 60,000, according to an update by Africa CDC.