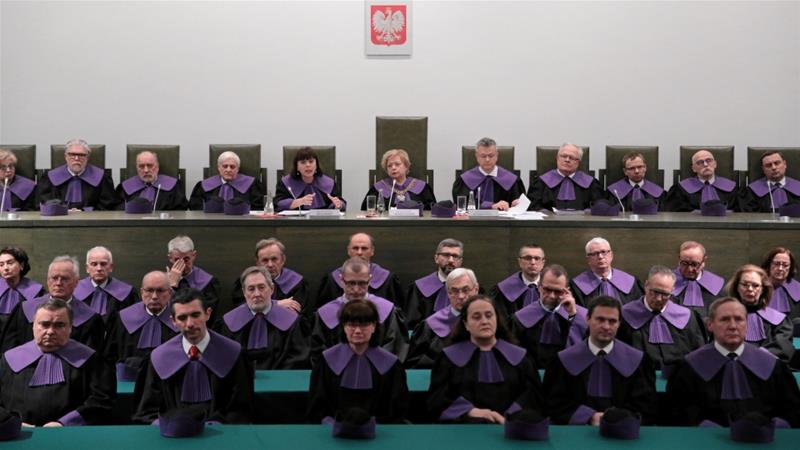 Poland’s Supreme Court judges have selected five candidates for a new court president, a crucial post in the continuing struggle over the shape of the country’s judiciary.

Government critics fear that a chief justice sympathetic to the governing party may further reduce judicial independence in Poland.

The choice was made on Saturday afternoon, after six days of contentious deliberations that reflected the country’s main political faultlines.

The selected candidates are Wlodzimierz Wrobel, the only “old” judge put forward and the candidate who received by far the largest number of votes, as well as four “new” judges: Malgorzata Manowska, Tomasz Demendecki, Leszek Bosek and Joanna Misztal-Konecka.

From these five judges, President Andrzej Duda will appoint the new chief justice. He is widely expected to select one of the new judges.

Manowska, seen as a close collaborator of Justice Minister Zbigniew Ziobro, is considered the frontrunner.

Judicial reforms and court independence came to the fore of Poland’s public life after PiS came to power in late 2015.

The party started the implementation of broad judicial reforms, arguing that the inefficient system needed a comprehensive overhaul.

However, critics argue the reforms have been an attempt, sometimes unconstitutional, to seize control over the judiciary.

Former head of the Supreme Court Malgorzata Gersdorf was considered an ardent opponent of the government’s controversial judicial reforms.

The reforms are the reason for tension between Poland and the European Union’s executive body, the European Commission.

The Commission has long accused PiS of undermining Polish democracy by increasing direct state control over the courts, media and civic society, a charge the party rejects.

In April, it started a legal case against the Polish government over what it said was the muzzling of judges.

The Commission gave Poland two months to address its concerns about a law introduced earlier this year that would allow judges who criticise the government’s reforms of the judicial system to be punished.