A factory owner is looking for some legal protection in Vietnam, where police say they busted a scheme to resell more than 300,000 used condoms.

A local resident gave police the tip that led to their big bust on Saturday. Inspectors raided a factory outside Ho Chi Minh City and caught workers packing the previously loved condoms for sale, the state-owned Tuoi Tre newspaper reported.

The factory owner claimed she bought the condoms off a man who has not yet been identified, according to reports.

It’s unclear how one man might obtain more than 300,000 used condoms. However, the factory received a “monthly input” from that one provider, Tuoi Tre reported.

Footage broadcast by Vietnam Television (VTV), a state-owned news station, shows large bags of condoms scattered throughout a warehouse in the southern province of Binh Duong. 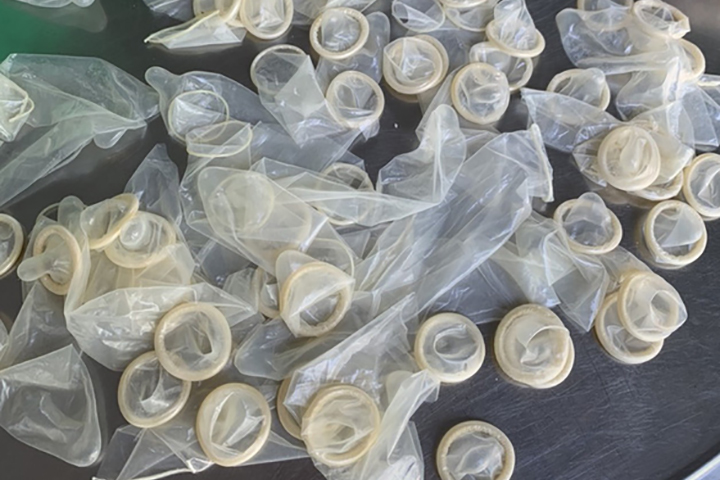 Authorities say the bags of condoms weighed over 360 kilograms, which suggests there may be as many as 345,000 condoms in the bunch.

Factory workers boiled the condoms, then dried them and reshaped them with a wooden penis, a woman detained at the factory told police.

It’s unclear how long the operation has been going on or how many used condoms have been resold.

Most condoms are made from thin latex and are not meant to be reused due to the risk of breakage. Condom failures can lead to the spread of sexually transmitted diseases or unwanted pregnancy.

The U.S. Centers for Disease Control and Prevention (CDC) explicitly warned people not to wash or reuse condoms back in 2018.

“We say it because people do it,” the CDC tweeted. “Use a fresh one for each sex act.”

Vietnamese police say their investigation is ongoing. It’s unclear when they will wrap it up.

—With files from Reuters and The Associated Press