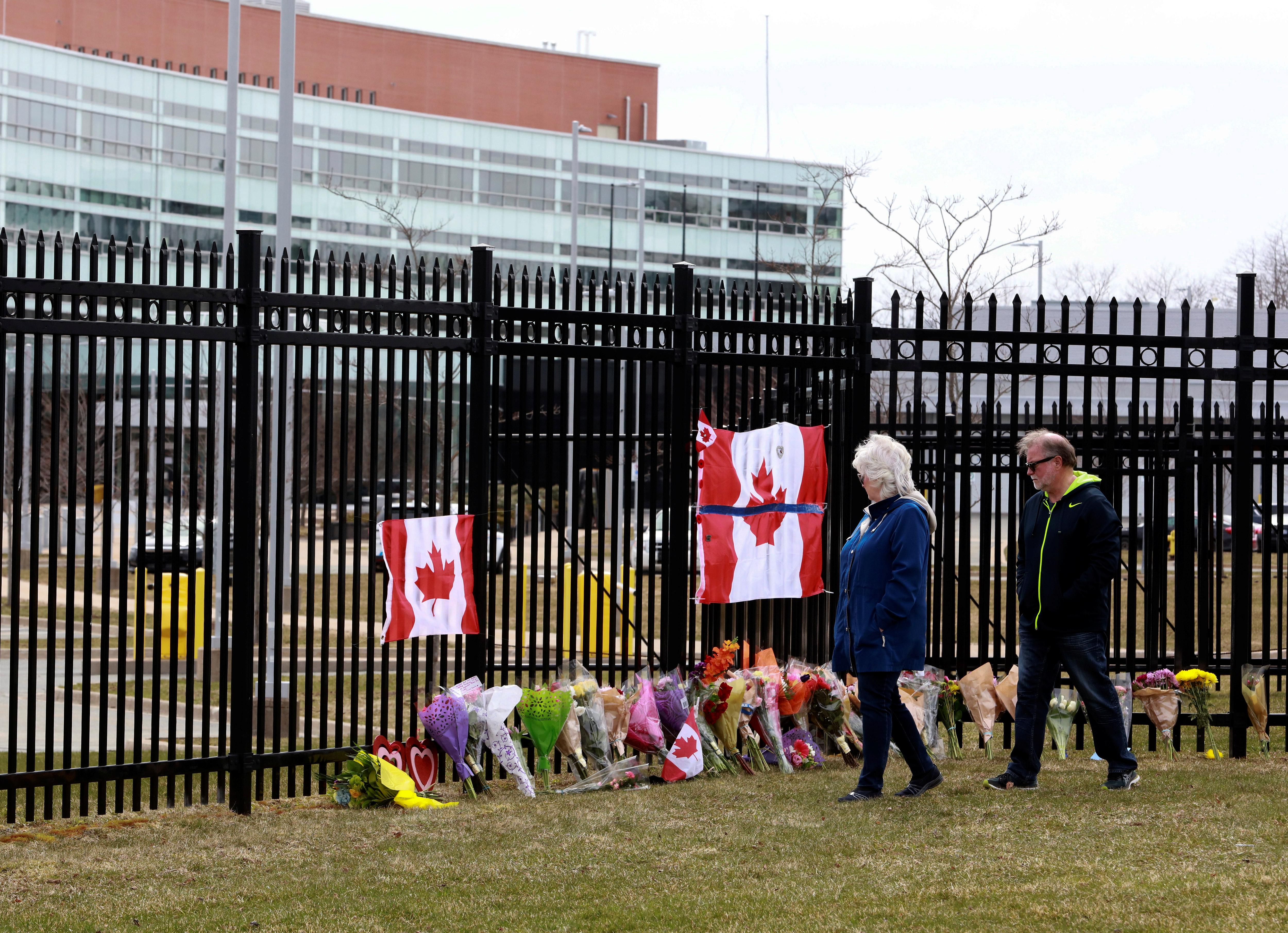 (Reuters) – Canadian police were yet to determine a motive for the country’s worst mass shooting, as the death toll from the 13-hour carnage over the weekend climbed to 23 from 19, the Royal Canadian Mounted Police (RCMP) said on Tuesday.

The RCMP had said on Monday it expected the number of victims to increase as it investigates the 16 crime scenes in the Atlantic province of Nova Scotia that were part of the spree of murders, several of which included burnt-out homes.

The gunman, 51-year-old Gabriel Wortman, who at one point masqueraded as an RCMP officer and disguised his car to look like a police cruiser, shattered the peace of rural communities during a rampage that started late on Saturday, authorities said on Sunday.

He was shot by police at noon on Sunday. Police did not say if he was counted among the 23 dead.

The youngest among those killed was 17 years old, police said on Tuesday. Some of the victims were known to the gunman but others were not. A veteran police officer, a teacher and a nurse were among the dead.

Police said on Tuesday they had information that other members of the public were injured.

The RCMP said in a statement on Tuesday that the gunman had been wearing an authentic police uniform. His appearance as a legitimate officer has been credited with easing his movement around the province during the shooting spree.

“The investigative team is focused on learning more about this very tragic situation, including accurate victim information and whether others may have aided the suspect,” the RCMP statement said.

Nova Scotia Premier Stephen McNeil told a news conference on Tuesday that Canada’s attorney general told him the military was assisting in the RCMP’s investigation.