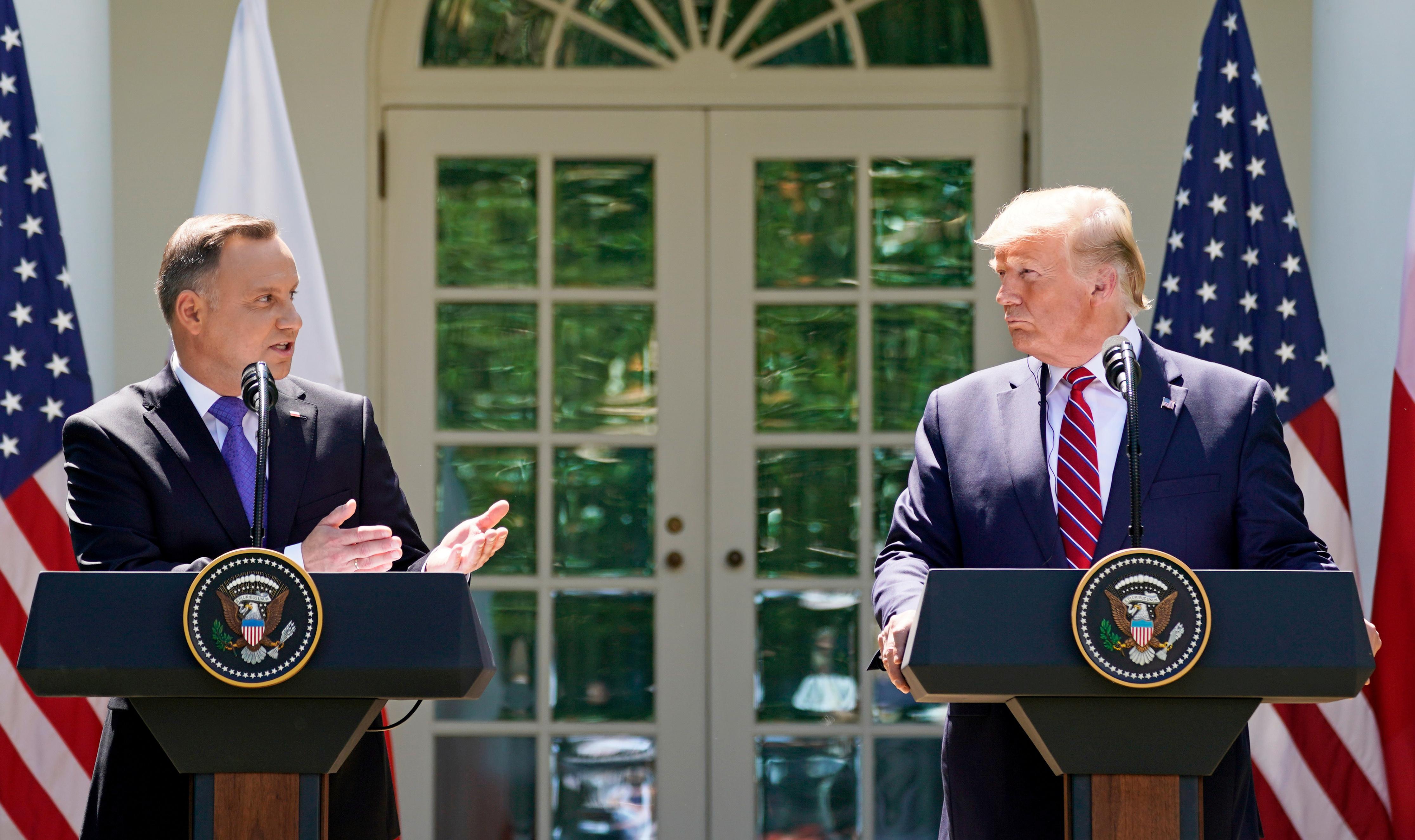 WARSAW (Reuters) – Discussions are under way for a possible visit by Polish President Andrzej Duda to Washington, Polish media reported, as Warsaw looks to boost the U.S. military’s presence in the former communist state.

U.S. President Donald Trump said on Monday the United States would cut the number of its troops in Germany by about 9,500. Polish Prime Minister Mateusz Morawiecki has said he hopes some troops now stationed in Germany will be moved to Poland.

Poland’s state news agency, PAP, reported that an invitation had been received by Poland on a working level but had yet to be confirmed by either the Polish or the American side.

Asked about the possibility of a visit, Duda’s spokesman referred to Szczerski’s remark and declined further comment.

Duda, an ally of the ruling nationalist Law and Justice (PiS) party, is fighting an increasingly close campaign before a presidential election on June 28.

On June 12 last year, Trump agreed, with Duda beside him at the White House, to send 1,000 more troops to his NATO ally, bolstering its defences against Russia to the east and cementing bilateral ties.

Reuters reported on June 10 that the project was crumbling, with disputes unresolved over how to fund the deployment of additional U.S troops and where to garrison them.

The report was denied by some members of Poland’s government and the U.S. ambassador to Poland, Georgette Mosbacher.