The high tree pollen count during dry, sunny weather will hit the whole of England, some of Scotland like Dumfries, Galloway, Lothian and Borders, as well as Northern Ireland. The Met Office said oak is the main pollen type and while it’s mildly allergenic compared to the pollen of other trees, it can linger in the air for longer periods of time. Hay fever symptoms mirrors those of the coronavirus like coughing, sneezing, a runny nose and itchy eyes – and sufferers have been advised to wear a mask outdoors to reduce the risk of spluttering on a passer-by and spreading the virus.

The advice was given by Dr Glenis Scadding on ITV’s This Morning who said even if you think sneezes and coughs are triggered by hay fever you should make the effort to protect others since it’s spread through these symptoms.

Dr Glenis said: “All hay fever sufferers should wear masks”. She added people should be “keeping it covered so all coughs, all sneezes go into the mask or scarf or bandana”.

One of the main differences between the symptoms is that hay fever is linked to the eyes, with sufferers often experiencing itching and soreness.

However COVID-19 patients may experience a fever, anosmia and malaise. 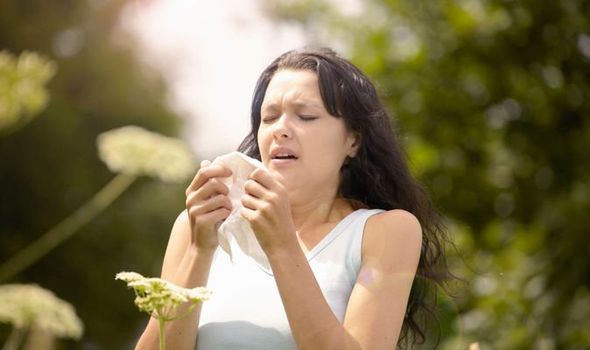 Both could have sneezing, a nasal blockage and rhinorrhoea that causes a runny nose.

Britons have been urged to continue abiding by social distancing measures by staying at home for the fifth weekend in lockdown, as the spring weather sets in.

Meanwhile, the UK government is facing calls for greater transparency over its coronavirus response after it emerged its scientific advisory group was anonymous.

The Scientific Advisor Group for Emergencies (SAGE) advises the government on its scientific response and has been pushed under the lime light after Boris Johnson’s chief political adviser Dominic Cummings was found to have attended its meetings.

Ben warner, a data scientist who worked on the Vote Leave campaign for Brexit, is also among the 23 attendees in the secret group.

DON’T MISS:
Best supplements for hay fever: A surprising herb could offer relief
Hayfever symptoms: Why is hayfever worse at night?
Hay fever symptoms: Is a persistent cough a sign? 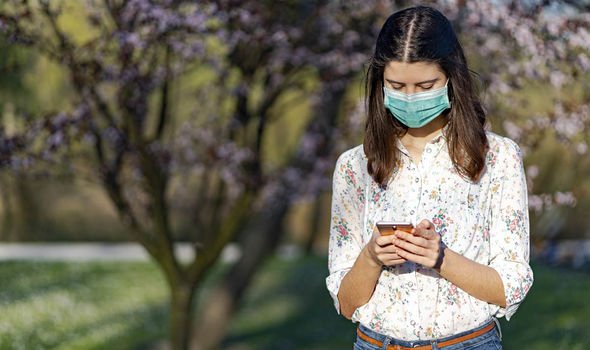 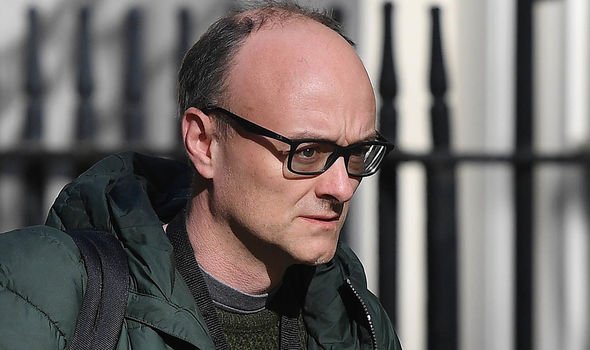 The presence of Downing Street advisers in the group – which they are said to have attended since February – has raised questions over the independence of the government’s scientific guidance.

He said: “If you are giving science advice, your advice should be free of any political bias. That is just so critically important.”

The UK has recorded 684 more hospital deaths, pushing the death toll to 19,506. The Department for Health and Social Care reports an increase of 5,386 confirmed cases, increasing the UK’s official total to at least 143, 464.

However, the true death toll is estimated to be 15 percent higher.