WASHINGTON (Reuters) – U.S. Secretary of State Mike Pompeo told his Russian counterpart on Friday that any future arms control talks must focus on an American proposal for a new arms control accord that includes Russia and China, the State Department said. 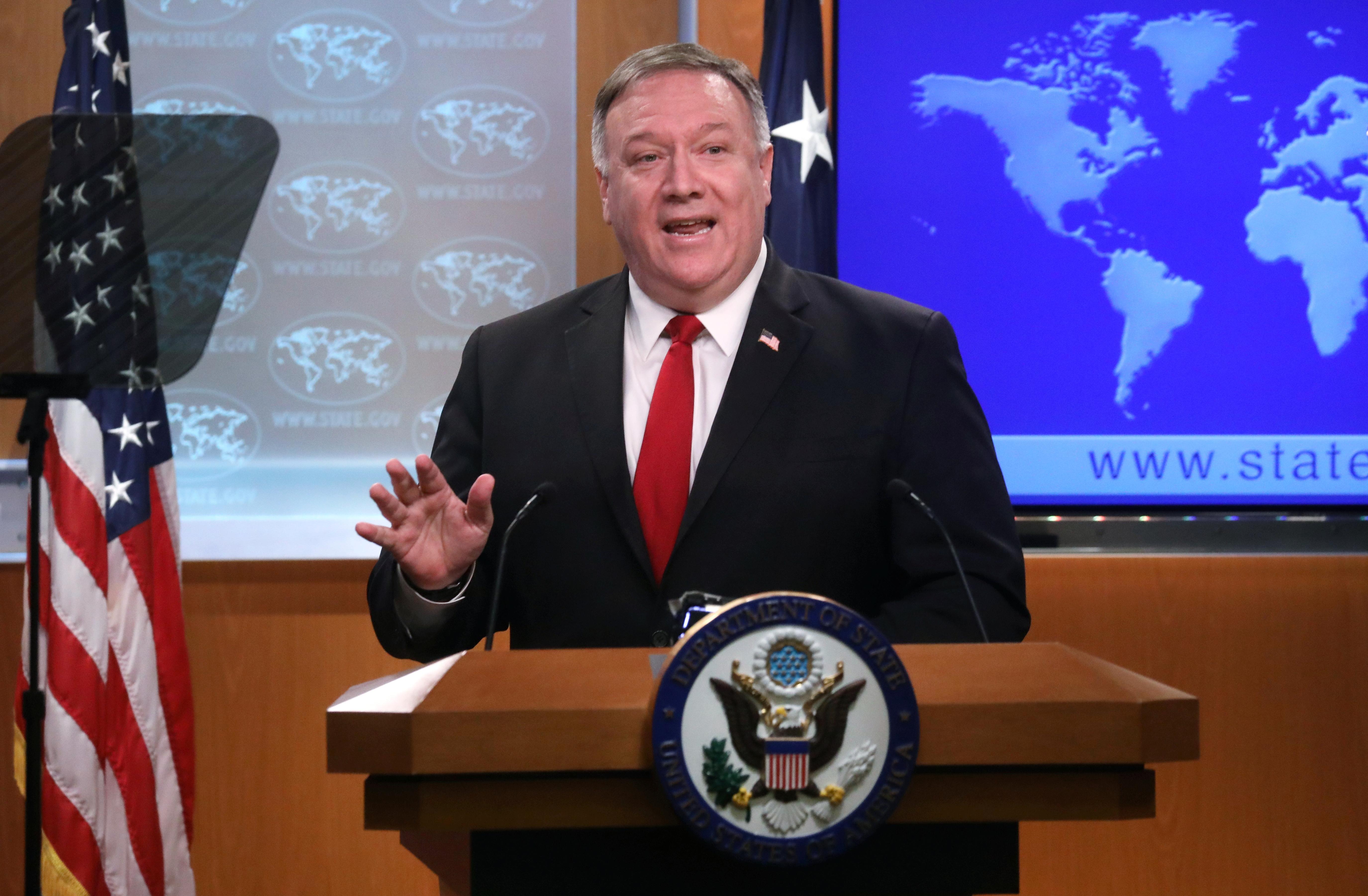 Pompeo emphasized in a telephone call with Russian Foreign Minister Sergey Lavrov that “any future arms control talks must be based on President (Donald) Trump’s vision for a trilateral arms control agreement that includes both Russia and China,” State Department spokeswoman Morgan Ortagus said in a statement.

China, whose arsenal of an estimated 300 nuclear weapons is far smaller than those of Russia and the United States, has rejected such talks.

Ortagus said Pompeo’s comments came as he and Lavrov discussed “next steps in the bilateral Strategic Security Dialogue, taking into account the COVID-19 pandemic”.

Trump last year proposed that the United States, Russia and China negotiate a new pact to replace the 2010 New START accord that cut deployed U.S. and Russian nuclear warheads and the bombers and land- and submarine-based missiles that carry them to their lowest levels in decades.

New START will expire next February unless the sides agree to extend it for up to five years. Russia has said it would be willing to extend the accord, but the Trump administration has declined to state a position.

The Russian foreign ministry said Lavrov had “reiterated the Russian proposal to extend the START treaty, due to expire in February 2021”, in his conversation with Pompeo.

“(On the call) it was underlined that Russia is ready to work on possible new nuclear weapons agreements, but that it would be important to preserve… the START treaty while preparations are ongoing,” the ministry said in a statement.

U.S. administration officials argue that China must be brought into any new arms control pact because of the growing threat they say is posed by its nuclear arsenal, which is undergoing a modernization program.

Arms control experts, however, have described Trump’s proposal to include China in a new treaty as a “poison pill” strategy to kill New START and end restraints on U.S. nuclear arms deployments.

Ortagus said Pompeo also discussed with Lavrov bilateral issues, “including the detention of U.S. citizens”. She did not elaborate on the number or identity of Americans detained in Russia.