Benedict’s time as head of the Vatican church was deemed by some experts as a difficult period for Catholicism. His unwillingness to shift the church’s stance on contentious issues such as abortion, homosexuality and celibacy left commentators, such as author Lynda Telford, claiming the religion had lost followers as it refused to modernise. A spate of “leaks, scandals and a referential attitude” saw worshippers turn away from Catholicism, and the Vatican split on where it should move following Benedict’s reign.

Benedict made the unprecedented move to resign as pontiff, which paved the way for the College of Cardinals to choose Jorge Mario Bergoglio – who would go on to become Francis – as the Vatican’s next pope.

Speaking on Amazon Prime’s 2014 documentary The Francis Effect, Cardinal Sean O’Malley, the Archbishop of Boston, noted that everyone inside the College of Cardinals were “pretty certain there would be dramatic changes”.

He said: “It was an unusual conclave in that there was no funeral so we weren’t mourning a pope.

“Because of that I think there was so much speculation and talk about who the next pope was going to be and what were the qualities we were looking for.” 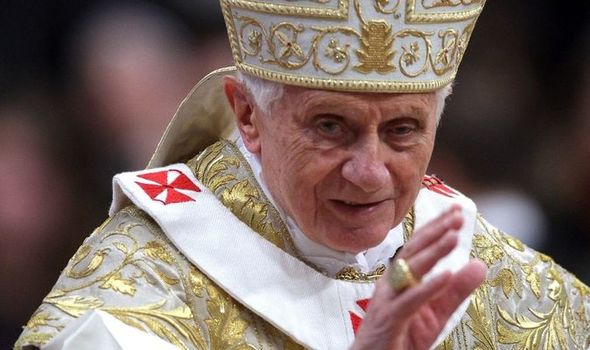 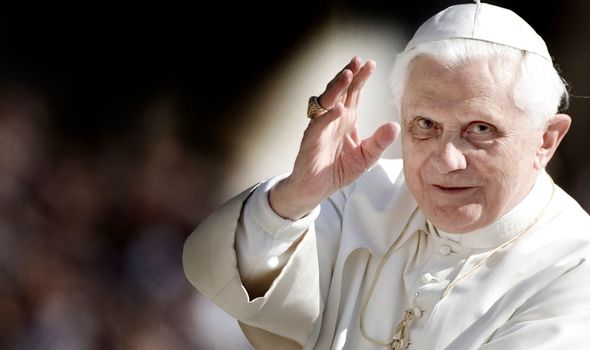 Benedict’s decision to resign was the first time a living pontiff had quit since the 1400s, and started seven days of debate within the College over who would be elected.

Sebastian Gomes, the documentary’s narrator, detailed how the bishops endured “candid discussions about what many saw as a dysfunctional bureaucracy” that had strained Benedict’s leadership.

He said: “Leaks, scandal and a referential attitude, among its most powerful administrators had crippled the Vatican for years.

“Many speculated that it was this internal crisis that in the end broke Benedict’s back.”

JUST IN: Benedict ‘made Francis’ life a misery’ as Vatican membership ‘falls’ 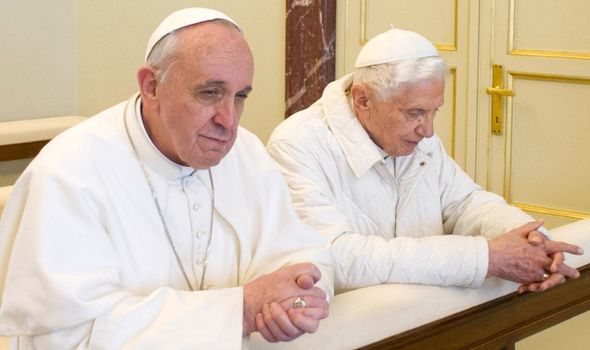 Previously, Ms Telford discussed the difficulties the church would face while Benedict remained inside the Vatican, especially how he would exert his influence over whoever took over from him.

Speaking to Express.co.uk, she described him as “an opponent of any change”, who is “a backward-looking traditionalist” who had seen worshippers “leave the church on a daily basis”.

She, like other Vatican insiders, was overwhelmed when Francis was elected, including David Gibson, from Religion News Service. 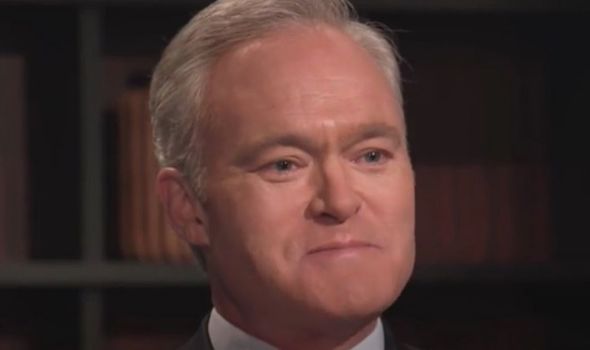 He admitted that the cardinals “couldn’t have predicted the immediate positive response” Francis’ appointment would garner, but added: “I sometimes wonder whether there is any buyer’s remorse in the past months and past year, among the cardinals.

“Did they really know what they were getting into?”

Although there has been an overwhelming outpouring of support for Francis since he was installed in 2013, this sentiment – according to Clemente Lisi, assistant professor of journalism at The King’s College in New York, started to crumble. 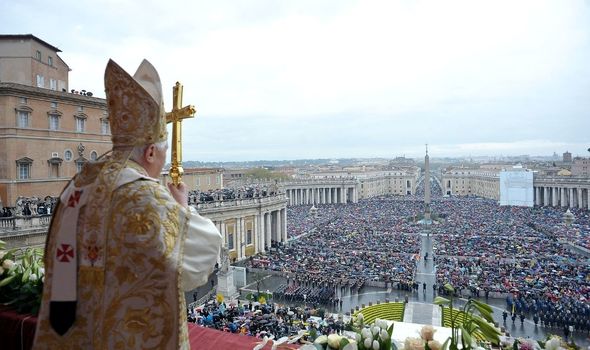 In 2019, he said that with the rise of more conservative-leaning politicians across the globe, the traditionalist arm of the church will likely succeed in one day replacing Francis with a less progressive figure.

He suggested it could be Cardinal Robert Sarah, who aligned himself with Benedict while he was pontiff.

In a piece for Religion Unplugged, he said: “Criticism of Francis’ papacy is especially felt across conservatives in North America and Western Europe, where the growth of political populism in the Donald Trump and Brexit era has put Pope Francis’ views on climate change and immigration to the left of many Catholic voters.

“The Vatican press office, and the mixed messaging to come out of Rome in recent years, hasn’t helped fill this divide. If anything, it has grown larger in recent years.” 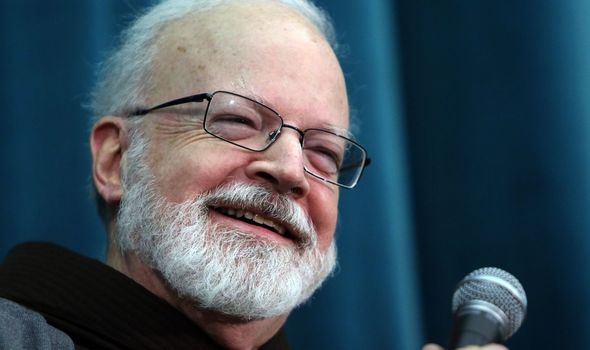 But reflecting on the moment when Francis was appointed, Scott Pelley, host of CBS Evening News, told Mr Gomes just how important for the future of the church it was.

He added: “[Francis] walks out with that pictorial cross and the first thing I thought was, ‘That’s not right’ – he’s not wearing the right clothes, that cross isn’t the right cross, as if the Pope was going to make a mistake about these things.

“It wasn’t a mistake. It was a message.

“He was saying I’m a simple man. And I have values that I hold dear when it comes to relating to the poor, the disadvantaged, the misunderstood in the world. He said it all the moment he stepped out onto that balcony.”