BEIRUT (Reuters) – Lebanon’s president said on Friday an investigation into the biggest blast in Beirut’s history would examine whether it was caused by a bomb or other external interference, as residents tried to rebuild their shattered lives after the explosion.

The search for those missing has intensified, as rescuers sifted rubble in a race to find anyone still alive after Tuesday’s blast that killed 154, smashed up a swathe of the city and sent seismic shockwaves around the region.

“The cause has not been determined yet. There is a possibility of external interference through a rocket or bomb or other act,” President Michel Aoun said in comments carried by local media and confirmed by his office.

The United States has previously said it has not ruled out an attack. Israel, which has fought several wars with Lebanon, has also previously denied it had any role.

Security forces fired teargas at a furious crowd in Beirut late on Thursday, as anger boiled over at the ruling elite, who have presided over a nation that faced economic collapse even before the deadly port blast that injured 5,000 people.

The small crowd, some hurling stones, marked a return to the kind of protests that had become a feature of life in Beirut, as Lebanese watched their savings evaporate and currency disintegrate, while government decision-making floundered.

“There is no way we can rebuild this house. Where is the state?” Tony Abdou, an unemployed 60-year-old.

His family home is in Gemmayze, a district that lies a few hundred metres from the port warehouses where 2,750 tonnes of highly explosive ammonium nitrate was stored for years, a ticking time bomb near a densely populated area.

A security source and local media previously said the fire that caused the blast was ignited by warehouse welding work.

Volunteers outside swept up debris from the streets of Beirut, which still bears scars from the 1975-1990 civil war and has often witnessed big bombings and other unrest since then.

“Do we actually have a government here?” said taxi driver Nassim Abiaad, 66, whose cab was crushed by falling building wreckage just as he was about to get into the vehicle.

“There is no way to make money anymore,” he said.

But for many Lebanese, the explosion was symptomatic of years of neglect by the authorities while corruption thrived. 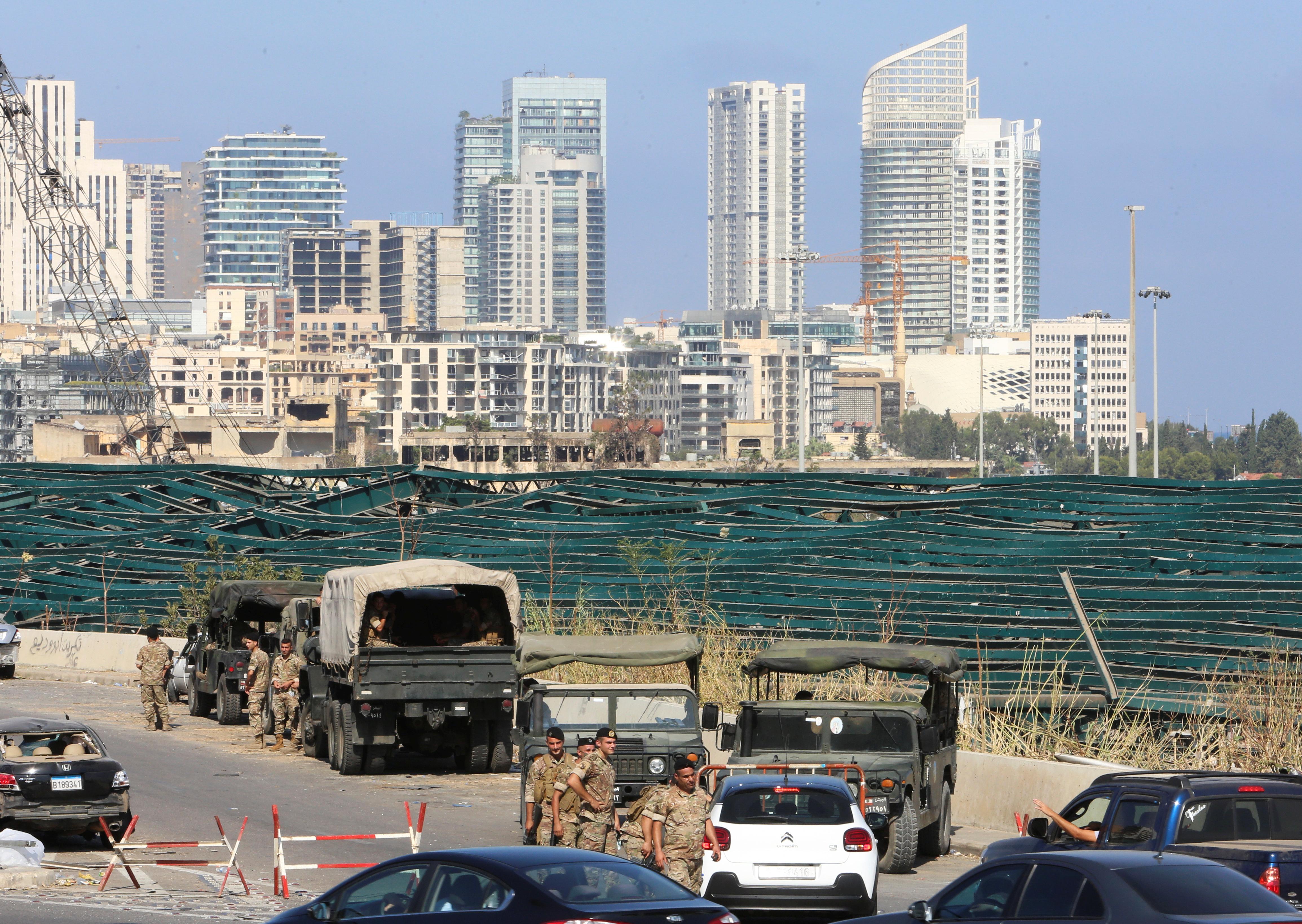 Officials have said the blast, whose seismic impact was recorded hundreds of miles (kilometres) away, might have caused losses amounting to $15 billion – a bill the country cannot pay when it has already defaulted on its mountain of national debt, exceeding 150% of economic output, and talks about a lifeline from the International Monetary Fund have stalled.

Hospitals, many heavily damaged as shockwaves ripped out windows and pulled down ceilings, have been overwhelmed by the number of casualties. Many were struggling to find enough foreign exchange to buy supplies before the explosion.

In the port area, rescue teams set up arc lights to work through the night in a dash to find those still missing, as families waited tensely, slowly losing hope of ever seeing loved ones again. Some victims were hurled into the sea because of the explosive force.

The weeping mother of one of the missing called a prime time TV programme on Thursday night to plead with the authorities to find her son, Joe. He was found – dead – hours later.

Lebanese Red Cross Secretary General George Kettaneh told local radio VDL that three more bodies had been found in the search, while the health minister said on Friday the death toll had climbed to 154. Dozens are still unaccounted for.

Charbel Abreeni, who trained port employees, showed Reuters pictures on his phone of killed colleagues. He was sitting in a church where the head from the statue of the Virgin Mary had been blown off.

“I know 30 port employees who died, two of them are my close friends and a third is missing,” said the 62-year-old, whose home was wrecked in the blast. His shin was bandaged.

“I have nowhere to go except my wife’s family,” he said. “How can you survive here, the economy is zero?” 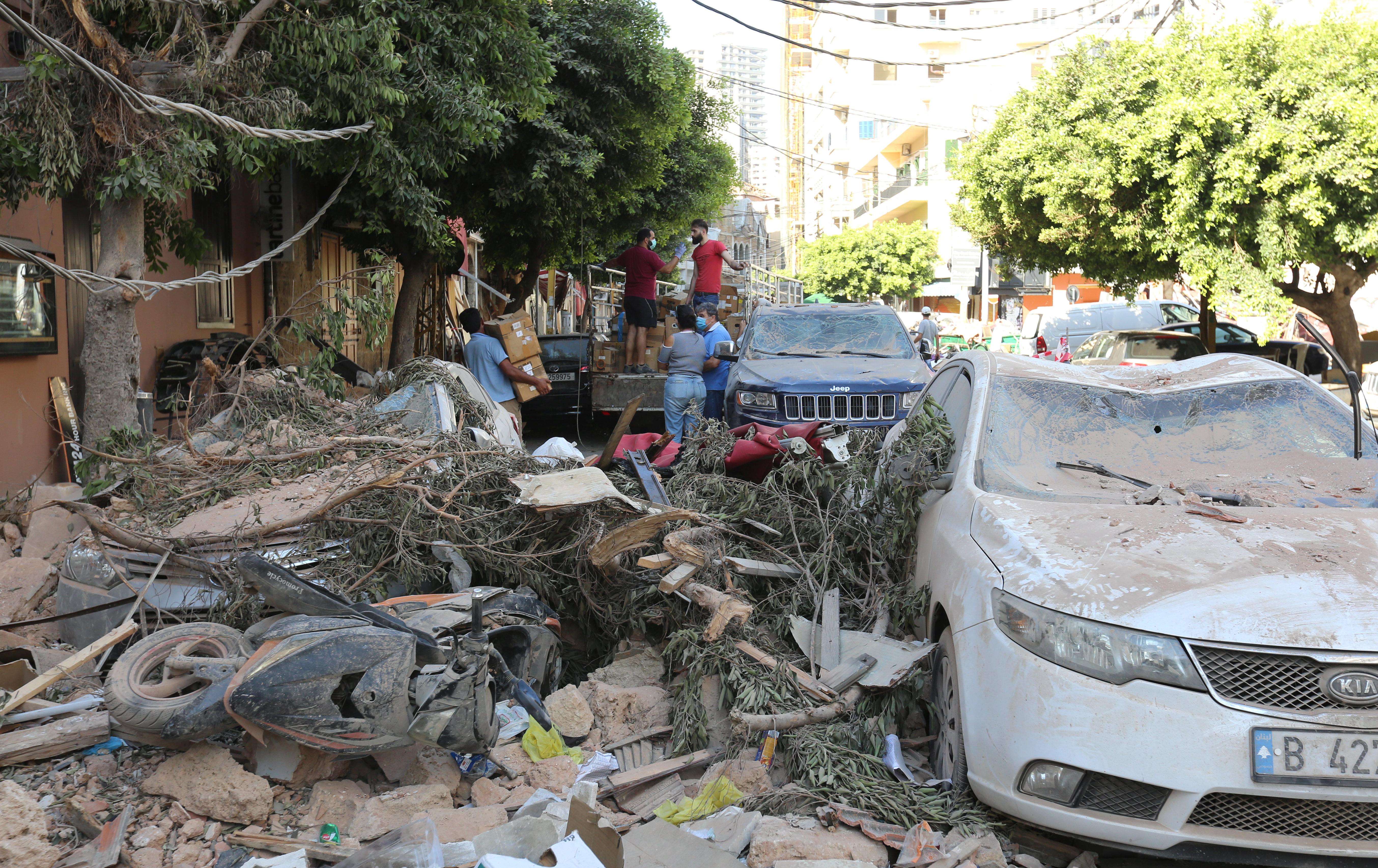 A pressing challenge for the government is ensuring the nation has enough food, after he blast destroyed the country’s only major grain silo. U.N. agencies were working to hand out food parcels and deliver medical supplies.

Offers of immediate aid have also poured in from Arab states, Western nations and beyond. But none, so far, address the bigger challenges facing a bankrupt nation.