The Kremlin has faced a flood of anti-war demonstrations following Vladimir Putin’s order for the partial mobilisation of reserve forces. In a drastic shift in the political mood, Russians have flooded the streets of Moscow to declare their ongoing support for President Putin’s “special military operation”. The rally was specially organised to display public backing for so-called “referendums” being conducted by Russian forces in occupied regions of Ukraine.

Aerial footage of the crowd exposed the true volume of support as thousands crammed into Moscow’s Manezhnaya Square.

The crowd waved banners and Russian flags, at one point unfurling a large “Z” symbol above the heads of several participants.

The gathering was a demonstration of support for the pseudo-referendums being conducted in regions of Ukraine under Russian control, including Donetsk, Luhansk, Kherson and Zaporizhzia.

Civilians in the occupied localities are required to vote on whether their territory should be annexed by Russia in a thinly-veiled attempt to legitimise the Kremlin invasion. 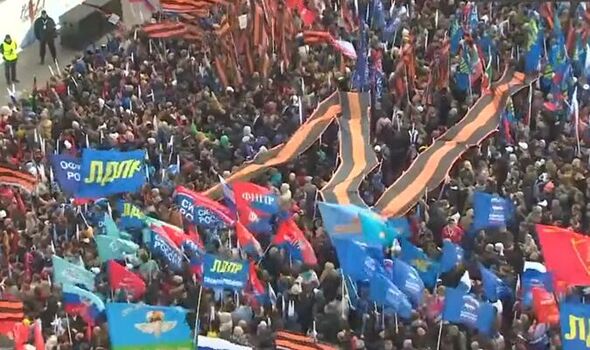 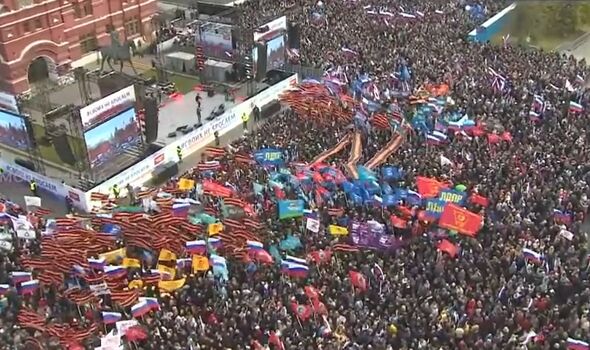 The Manezhnaya Square rally comes after a series of protests broke out across Russia in condemnation of the invasion.

The demonstrations were prompted by Vladimir Putin’s decree that an additional 300,000 troops would be mobilised from Russian reserve forces. The Kremlin and President Putin himself had previously stringently denied that any large-scale mobilisation of military forces would take place.

The UK Ministry of Defence warned that the Presidential decree is likely to be “highly unpopular” among much of the Russian population.

An intelligence report read: “The move is effectively an admission that Russia has exhausted its supply of willing volunteers to fight in Ukraine.”

Read more: Streets of Georgia sends out a clear message to Putin 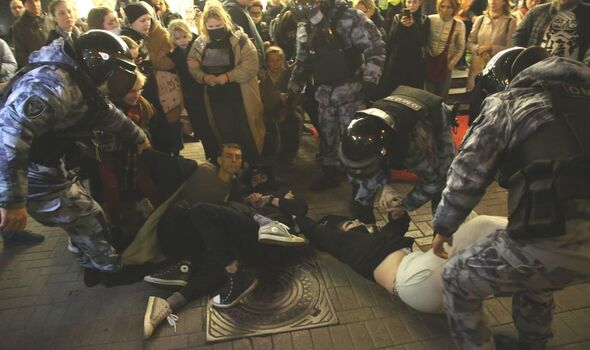 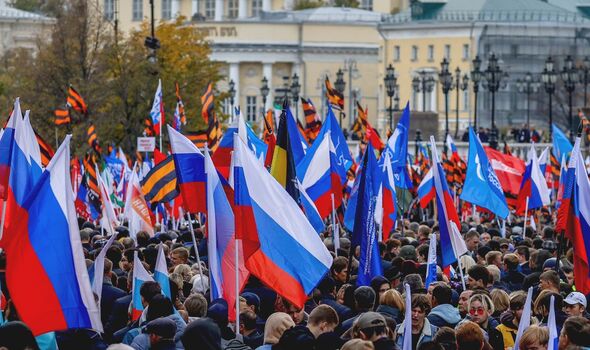 In wake of the mobilisation order, demand for flights out of Russia spiked dramatically. In addition, travel routes to accessible land borders quickly became clogged with tailbacks of traffic as many civilians attempted to flee.

In several major cities across Russia, including Moscow, fierce anti-war protests broke out, resulting in clashes between activists and police forces.

OVD-Info, an independent Russian human rights organisation reported over 1,000 people had been arrested across the country in less than 24 hours for their involvement in demonstrations that condemned the invasion of Ukraine.

The backlash came after Russia lost thousands of kilometres to Kyiv’s largely successful counter-offensive operation in the south and east. 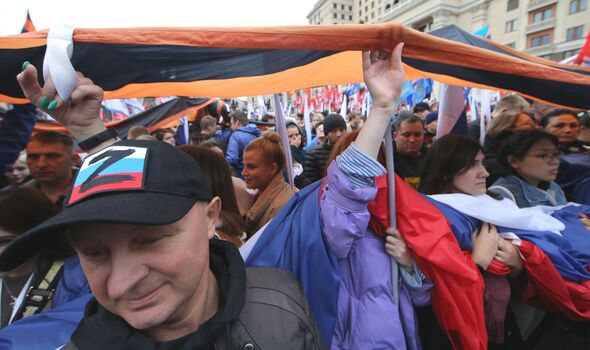 According to the UK Ministry of Defence, the referendums in Ukraine have likely been driven by concern from within the Kremlin that Russia could suffer greater territorial losses as President Zelesnky’s troops continue to advance.

A report suggested Moscow held an expectation for “greater security” over occupied regions once the areas had been formally declared part of the Russian Federation.

Ukrainian civilians have claimed Russian troops are moving door-to-door to collect votes while armed in an attempt to intimidate the population into supporting annexation. Russian state-controlled media claimed the format of voting was due to a number of technical and security issues.

The UK Ambassador to Ukraine Melinda Simmons branded the referendums a “sham”. She said: “The outcome is almost certainly already decided. A media exercise designed to pursue further an illegal invasion by Russia.”

Read next:
Harrowing details of war crimes in Ukraine were published today
Russian men ‘think they need to get out’ before being called up
Putin ally’s son refuses to join military as Russian men drafted
Russian mobilisation plot labelled as bid for ‘cannon fodder’
Russian conscripts ‘given funeral’ before they leave to join Ukraine