Speaking at the Eastern Economic Forum in Vladivostok, Vladimir Putin said the Ukraine war has “strengthened [Russia’s] sovereignty” in the world and warned Russia will push away “everything that’s unnecessary and harmful” to its growth. He acknowledged that due to the war in Ukraine “polarisation” between the western countries and Russia is now taking place, but argued it “will be solely of benefit” to the country. Broadcasted on Russian TV, he pointed out that Russia did not start the war in Ukraine, “we’re just trying to finish it”.

Speaking on Russia TV, Vladimir Putin said: “I’m sure that we’ve lost nothing and we’ll lose nothing [by invading Ukraine].

“From the point of view of what we’ve obtained, I can tell you that the main thing we’ve obtained is the strengthening of our sovereignty.

“Of course, a certain polarisation is occurring but I believe that both in the world as a whole and within our country it will be solely of benefit.” 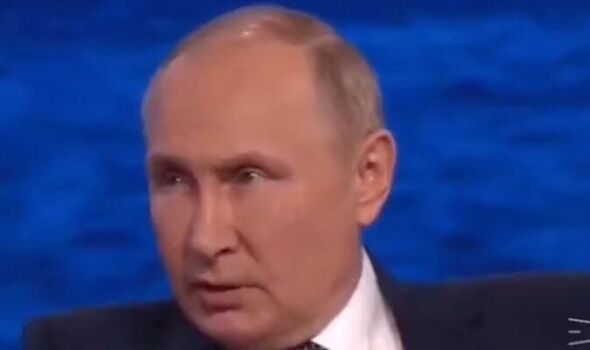 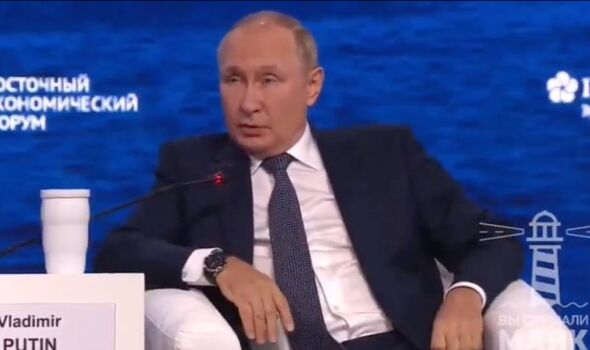 “We will gather pace and accelerate our development because modern development can be based solely on sovereignty.

“All our steps in that direction are aimed at strengthening our sovereignty, that’s the first thing.”

“We’re just trying to finish it”.

BBC correspondent Francis Scarr, who posted the clip on Twitter, said: “Speaking at the Eastern Economic Forum in Vladivostok, Vladimir Putin insists his country “has lost nothing and will lose nothing” by invading Ukraine.

“He claims that the “polarisation” now taking place in the world will be “solely of benefit”.

The video sparked reaction on the platform. 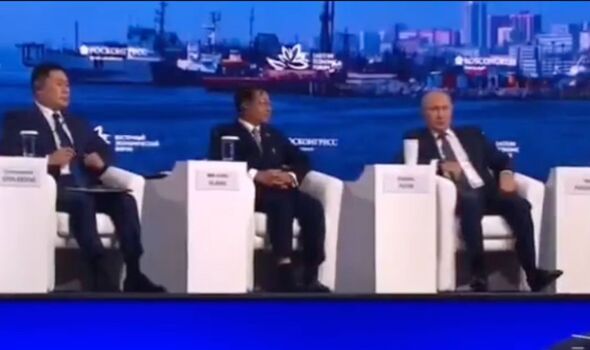 Twitter user @MikkoHarjulehto wrote: “We live in an increasingly interdependent world. What is “sovereignty” these days? Putin is stuck in 19th-century thinking”.

Another user @Vincent16778930 commented: “Sounds more and more like Kim dynasty”, drawing a line between Vladimir Putin and the North Korean leader Kim Jong-un and his predecessors.

User @StephenB_80 also said: “So that’s quite revealing of his disregard for the loss of life, including over 50,000 Russians dead and tens of thousands wounded… ‘Has lost nothing’.

Despite Russian media outlets claiming 5,000 troop losses, NATO has estimated that Russia have so far lost between 7,000 and 15,000 soldiers.