The bridge targeted by saboteurs in the Zaporizhzhia region connected the cities of Melitopol and Tokmak in eastern Ukraine. It had reportedly been used by “rashist” forces to deliver military supplies. “Rashist” is a word used by Ukrainian forces to describe the political ideology and social practices of the Russian authorities under Putin’s rule – often signified by the ‘Z’ symbol.

The ‘Z’ symbol is often used on Russian transport in Ukraine, including trains, making the invading force identifiable. Sprotyv, a website created by the Special Operations Forces of Ukraine, reported the event.

The report stated: “This afternoon we have received information that a railway bridge between Melitopol and Tokmak was blown up.

“The explosion took place in the occupied village of Liubymivka.

“This railway line was used by rashists to deliver weapons and military equipment to the front line by train.”

The sabotage comes after it was reported Ukrainian forces successfully hit a Russian military logistics base with over 30 strikes in Melitopol. 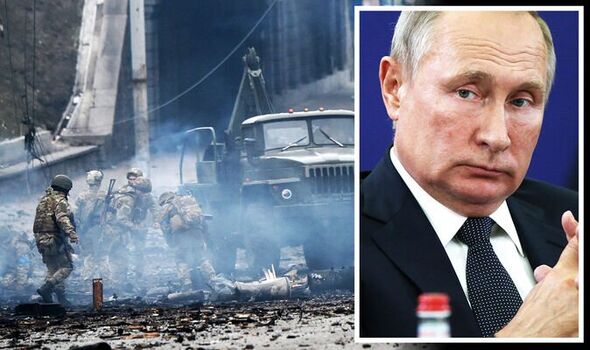 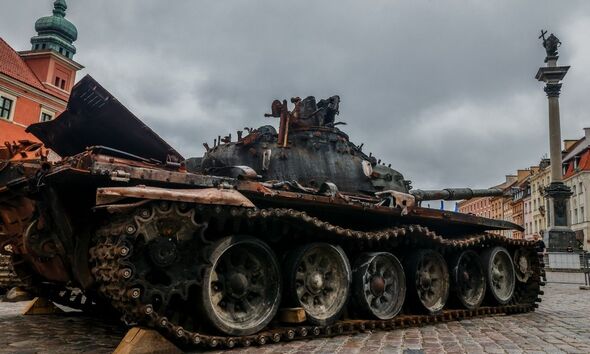 The city’s exiled mayor made the claim, which was later confirmed by a Russian-installed official. Melitopol Mayor Ivan Fedorov, who is currently on Ukraine-controlled territory, said on Telegram: “At 3 o’clock (0000 GMT) and 5 o’clock (0200 GMT), there were over 30 strikes on a single military base.”

The military aerial logistics base has been “taken out of action”.

He later added on television that the base had been used to store ammunition for Russia’s heavy weapons.

He said: “They stored and handled the logistics of ammunition for heavy weapons at this base.”

He added: “At present the situation has not calmed down (and) everything is still detonating.”

Footage circulating on social media suggests the Melitopol Air Base was still burning on Monday afternoon. 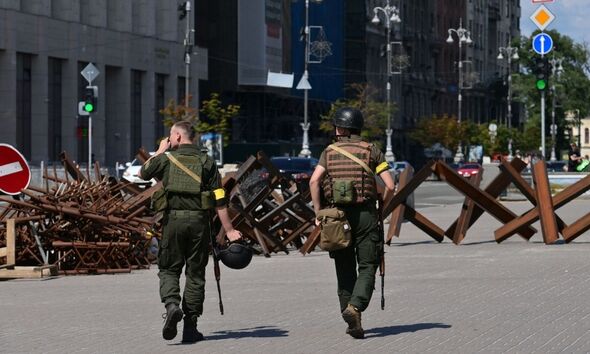 Fifteen Russian warplanes stationed at the airfield are reportedly out of action as a result of the strikes.

Mr Fedorov added: “At the moment, the occupiers are trying to make provocations [claiming] that there was shelling of peaceful areas, the civilian population was affected, and the city infrastructure was destroyed.

“This did not happen!

“The Ukrainian Armed Forces are doing all to return peaceful life and Ukrainian statehood to Melitopol. All that the occupiers can do is flee from our city.”

Meanwhile, other resistance activity caused a Russian armoured train carrying ammunition to derail on Saturday near Melitopol, according to Mr Fedorov.