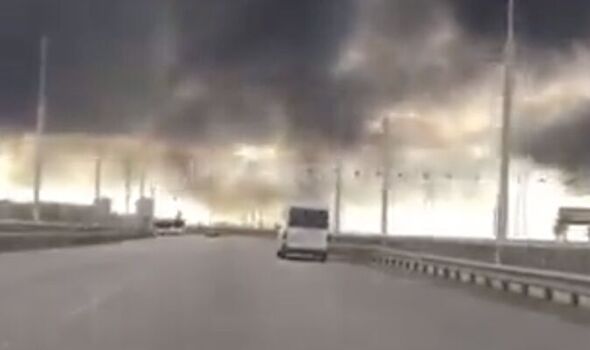 Russian forces have launched a string of missile attacks across Ukraine on Monday morning, striking the capital Kyiv, according to Ukrainian officials.

Explosions have been reported from the north to the south of the war-torn country, including in Ukraine’s second city, Kharkiv.

Strikes were also registered in the Vinnystia region of central Ukraine, as well as the south-eastern Zaporizhzhia.

Social media footage has shown what appears to be thick black smoke coming from the Dnipro Hydroelectric Dam in Zaporizhzia.

The facility is the largest on the Dnipro river.