Ukrainian President Volodymyr Zelensky has tried to rally his soldiers after he said he aims to end the war with Russia “quickly”. Speaking yesterday, Mr Zelensky urged the West to continue supplying weapons so that his men can “inflict maximum damage” on Russian forces. He added: “The more losses the occupiers suffer, the sooner we will be able to liberate our land and ensure the security of Ukraine. “This is what everyone who defends our state and helps Ukraine should think about – how to inflict the greatest possible losses on the occupiers in order to shorten the war.”

Despite Russia’s military superiority, Ukraine has managed to prevent the invading force from achieving many of its objectives throughout the course of the conflict.

It is now thought that Russian President Vladimir Putin will be feeling the weight of the pressure from within his own political circle.

Jack Barsky, a former sleeper agent of the KGB who spied on the US from 1978 to 1988, and later switched sides to provide intelligence for Washington, believes Putin’s days in power are now numbered.

Speaking to CBS News in March, just a month after the invasion began, Mr Barsky shed light on how the Kremlin operates under the authoritarian rule of Putin.

He warned that the Russian despot’s failings in Ukraine could be the “beginning of the end” for his time in power. 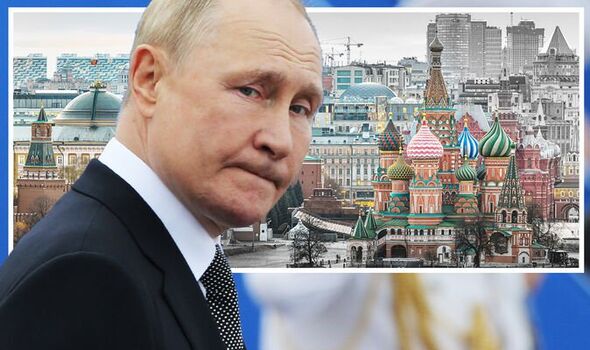 Mr Barsky said: “Assuming that he can survive this, assuming there isn’t a sort of coup against him — so long term, he’ll be in trouble if this keeps going like this, if more soldiers keep dying.

“He’ll have an Afghanistan on his hands,” referring to the Soviet invasion of Afghanistan in 1979.

Mr Barsky also discussed what is motivating Putin’s imperialistic ambitions, citing the collapse of the Soviet Union as a pivotal moment in the life of the Russian President.

Putin was serving in the KGB at the time, and was stationed in East Germany when the Berlin Wall collapsed in 1989.

Mr Barsky said that, at this point, Putin “went from being a member of the most powerful organisation, living the good life in East Germany, to somebody who was completely helpless, defending that position.” 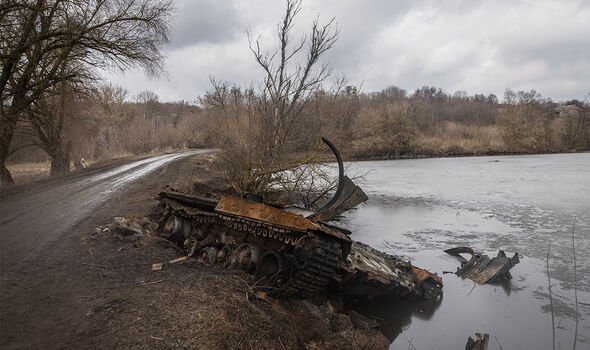 He added: “I think that left a deep impression on him and it motivated him to rebuild — not necessarily the Soviet Union, but greater Russia. This is what he is after.”

Familiar with the inner-workings of the Kremlin, Mr Barsky believes that Putin will show no regard for the “suffering of the Russian people”.

Noting Putin’s “tight grip on power”, he added: “As long as he satisfies his inner circle — the folks that are directly supporting him — he doesn’t have much to fear. He is very well protected.”

Fighting in Ukraine has reached a crucial phase, as after months of Russian offensives, Kyiv is now launching a counteroffensive aimed at pushing their adversaries out of key regions in the south and the east of the country. 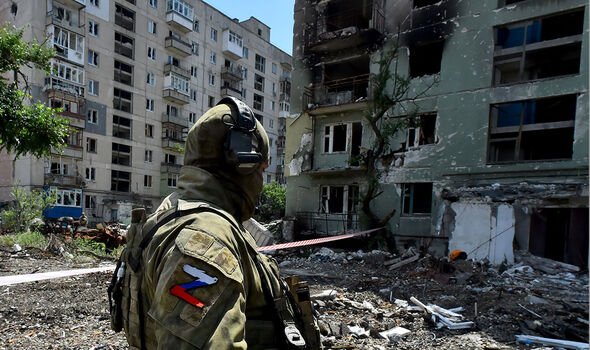 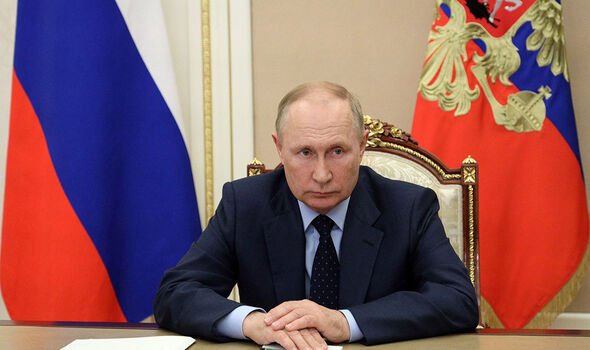 A key battle is taking place for the city of Kherson, a city seized by Russia in March.

Satellite images appeared to show the extent of the damage, with Kyiv’s air force claiming that nine aircraft were destroyed.