Russian army ‘aren’t what they were’ says expert

This week, it has been claimed that a Russian soldier was shot as he tried to surrender to Ukrainian troops. A Ukrainian soldier recalled the moment as his country continued with its counter-offensive. Oleksiy, a 20-year-old from a village near Luhansk whose name was changed for his safety. The eastern region of Ukraine has been under fire since 2014, when Russia made it’s first foray into the country.

Speaking to the Telegraph, Oleksiy said: “One of them fell to the ground at the sight of us and shouted ‘just don’t kill please, I want to live’. His guys started shooting from behind his back, hitting him.”

The incident happened near the southern city of Kherson, a key region that was first occupied by Russia in March and has now been annexed. But while Russian President Vladimir Putin celebrates the territorial grabs, an expert believes Ukraine could have the chance to strike back.

Nataliya Gumenyuk, a Ukrainian journalist, spoke to the Globalist’s Monocle 24 podcast about Ukraine’s potential opportunity to liberate areas near Kherson.

She said: “What we understand is that it is still possible for Ukraine to liberate villages in the south. Here Ukraine is divided by the Dnipro river, there is the left bank where the Donbas is which is closer to Russia, but there are big opportunities that Russia could be encircled on the right bank. 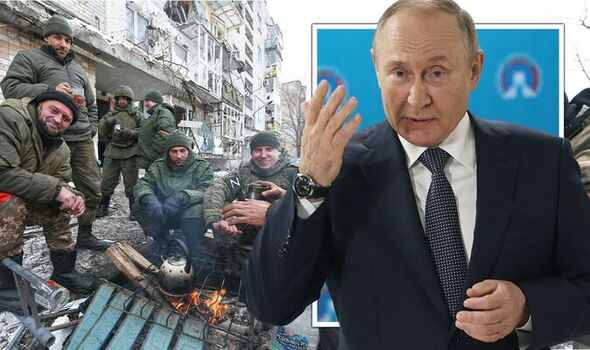 “This is where the city of Kherson is, that is the city which is the only regional capital to be occupied after the invasion. Months ago, it looked impossible that Ukrainian troops could take it, now it feels like the Ukrainians are moving further and further.

“What I understand is that it is more difficult for the Ukrainian army – there are more Russian troops that are better prepared. But the Ukrainians still, little by little, village by village, town by town, are taking [territory].

“The chances that the right bank can be liberated are there. It won’t be fast but it is just more deadly including for the Russian troops.”

Should the Russian military lose Kherson, it would represent yet another blow in their invasion of Ukraine. In September, Moscow’s men lost huge amounts of territory near Kharkiv in the northeast. This appears to be what has provoked Putin’s partial mobilisation as well as the annexation of Ukrainian territory. 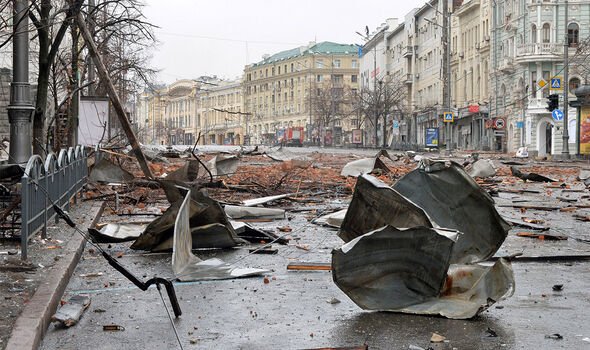 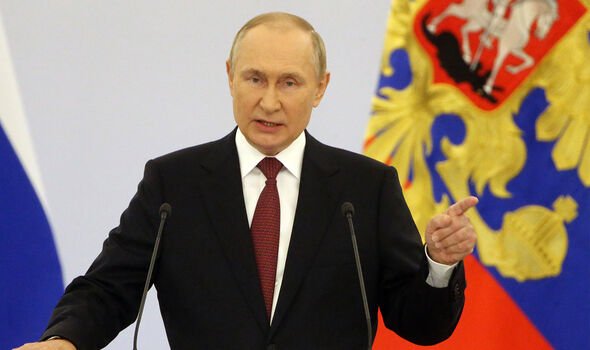 But military setbacks have also caused increasing division within the Kremlin. Russia’s defence minister, General Sergei Shoigu, was told to shoot himself by one of his colleagues this week.

Kirill Stremousov, who was appointed by the Kremlin as the head of Kherson, spoke after Ukraine reported yet more territorial gains.

He said: “A lot of people say that the defence minister, as an officer who let that happen, could shoot himself. But you know what, the word ‘officer’ is not familiar for some people.”

Mr Stremousoov added that Kherson is safe “under lock and key” but lamented “useless and corrupt generals and looters” who make up the Russian military.

DON’T MISS
Nobel Peace Prize 2022 – Winners from Russia, Belarus and Ukraine [INSIGHT]
‘That is the manner the Ukraine War will end’ [ANALYSIS]
Putin showing key ‘sign of desperation’ amid wave of opposition [INSIGHT] 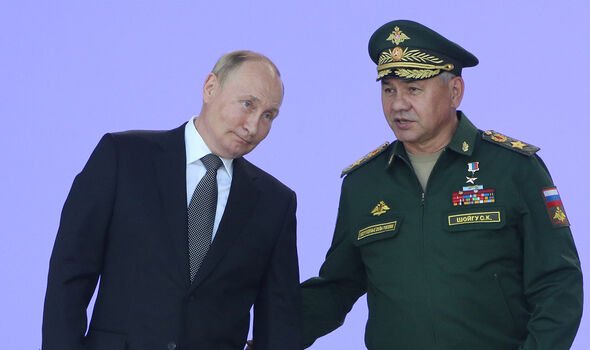 With Russia now openly discussing its military failings, many experts fear Putin could turn to nuclear weapons to save face. US President Joe Biden echoed this, saying the risk of nuclear “Armageddon” was at its highest level since the Cuban Missile Crisis in 1962.

Speaking on Thursday, he said the Putin is “a guy I know fairly well” and warned that he was “not joking when he talks about the use of tactical nuclear weapons or biological or chemical weapons.”

The US President argued that Putin’s threats are genuine because his military is “significantly underperforming”.