Vladimir Putin’s attempt to galvanise his invasion of Ukraine with a partial military mobilisation has backfired, after just as many Russians flee to neighbouring Kazakhstan as have been drafted into the army. The Kremlin’s defence minister today claimed that over 200,000 people have been drafted into Russia’s armed forces since Putin escalated his illegal invasion by calling for a partial mobilisation of the country’s military. However, what might have been an impressive figure is marred by the fact that a higher number of Russians have fled to Kazakhstan and other neighbouring countries in the same period of time. The embarrassing figures may sully the political capital Putin gained from calling the partial mobilisation, which experts suggested he may have done to satiate increasing pressure from nationalist Russian commentators demanding more success in Ukraine.

Russian Defence Minister Sergei Shoigu said today that over 200,000 have been drafted into Russia’s armed forces since the partial mobilisation was called two weeks ago. He had previously announced that he planned to enlist 300,000 men with previous military experiences to bolster Russia’s illegal war, which has seen a series of setbacks in recent weeks, apparently at the hands of superior Ukrainian strategy.

Kazakhstan’s Digital Development Ministry said on October 4 that since September 21, more than 70,000 Russian citizens had applied and received personal identification numbers that allows them to set up bank accounts and work in Kazakhstan. 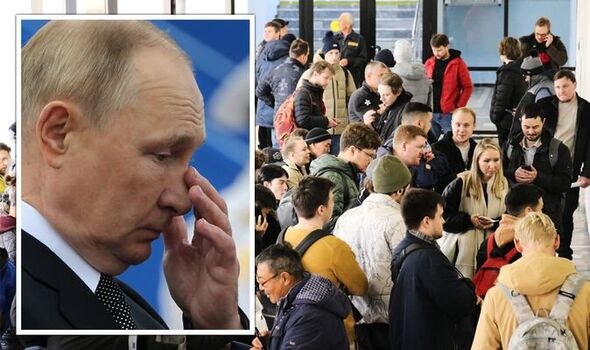 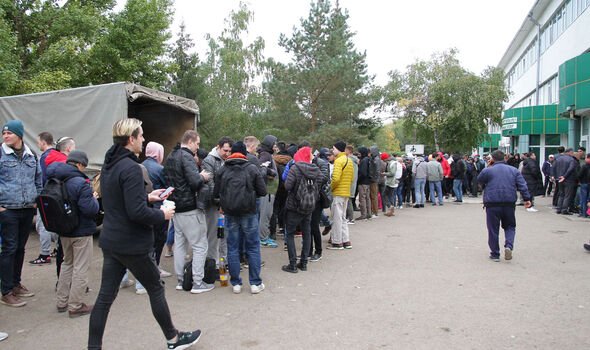 Russian citizens do not need travel passports or visas to enter Kazakhstan for 30 days. Other nearby countries are also bearing the brunt, with close to 69,000 Russians crossing into Georgia by September 30, according to Interior Ministry data in the Caucasus republic.

According to Bloomberg, vast lines of vehicles built up at the land border between the two countries. Meanwhile, the EU reported last week that 66,000 Russians had entered the bloc in the week leading up to September 25.

The data adds that many of these came via Finland, which itself has had to heavily restrict Russian tourist arrivals to try and stem the flow of people fleeing Putin’s failing war. Mongolia also saw arrivals of more than 12,000 Russians as of October 2. 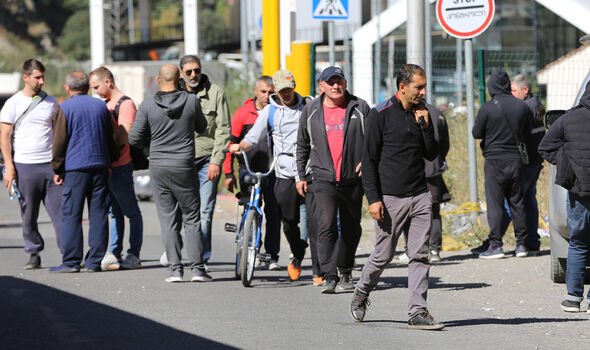 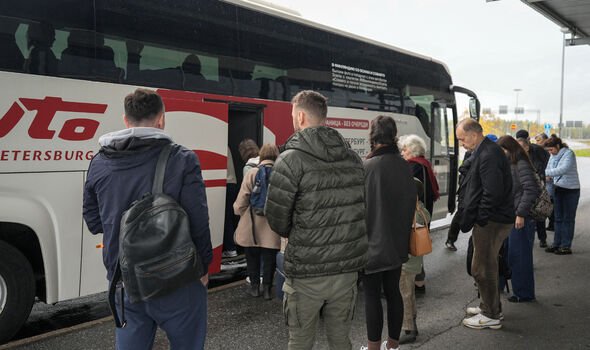 As for other nearby areas such as Turkey, Azerbaijan and Armenia – the latter of which has been described as an “uncertain haven” for fleeing Russians by French newspaper Le Monde – have yet to disclose data on arrivals since Putin’s announcement. Not everyone who is fleeing since the order would have been eligible for conscription.

However, reports have emerged of men with no military experience of past draft age or with chronic illnesses receiving call-up papers, reigniting anti-war demonstrations within the dictatorship and spreading uncertainty about who would actually be forced into military service.

Last week Putin acknowledged that mistakes had been made in the mobilisation, adding that they should be corrected. In a meeting with his Security Council on September 29, the despot demanded they “promptly correct our mistakes and not repeat them”. 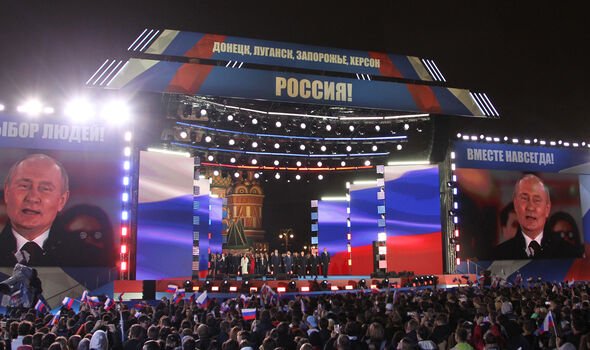 He added: “Those who have been drafted without proper grounds must be sent home.”

Shoigu also said today that those volunteering to fight should not be turned away without a “serious reason”.

According to a Defence Ministry posting on Telegram, he said new units were receiving instruction at 80 training ranges and six training centres. Russia’s declaration that it had annexed four regions in south eastern Ukraine was also immediately met with embarrassment as within days, none of the four areas were completely under Putin’s control.

Ukraine and its Western allies have refused to recognise the annexations, which they say are illegal. The Ukrainian counter offensive continues to punish Russian invaders, with the strategically significant city of Lyman the latest to be reclaimed by Kyiv’s forces.