Vladimir Putin’s months-long “special operation” in Ukraine has forced Russia to pour resources into an unexpectedly prolonged conflict, with the former country propped up by western aid. The slow campaign has led analysts to fear Putin may consider a more dangerous move that utilises his country’s nuclear stockpile, which is by far the largest in the world. Like his Western counterparts, he possesses the codes necessary to trigger a launch, contained in the “nuclear football”, a suitcase occasionally spotted with the Russian President in public.

What is the Russian nuclear football for?

Details around Russia’s nuclear suitcase are shrouded in secrecy, meaning there is no confirmed account of what exactly is contained inside.

Putin is one of several world leaders in possession of one, with the facts around US President Joe Biden’s version better clarified.

If the Russian President’s “football”, known as the Cheget, functions similarly to his American counterpart’s, its contents are not the much popularised nuclear launch “button” but a set of codes. 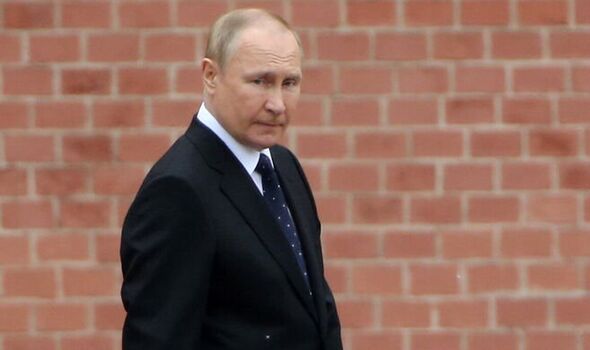 In the US, a President would use these codes to initiate the country’s Emergency Broadcast System.

The portable system allows the commander-in-chief to request a nuclear launch from anywhere in the country or beyond.

Putin has only ever seen use once before by former President Boris Yeltsin, who reacted to a false alarm in 1995.

But it has appeared in public as, according to Professor Stephen Schwartz, a nonresident senior fellow at the Atomic Bulletin, Putin “hasn’t been shy” about displaying the case. 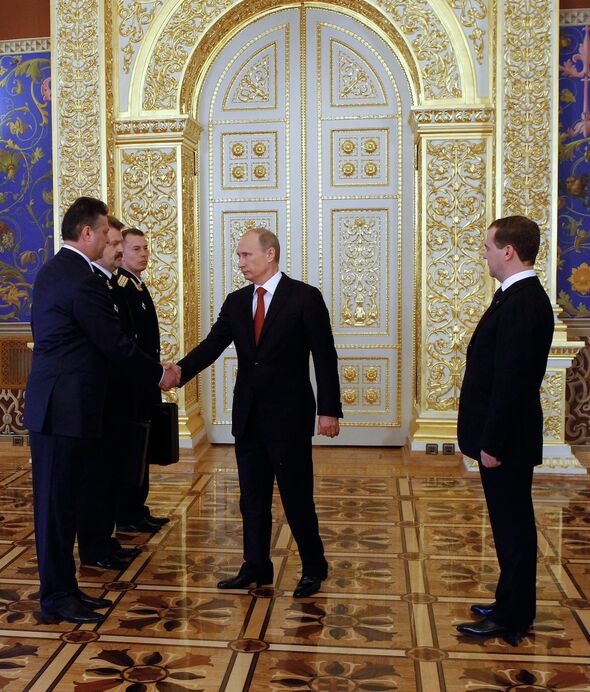 One notable appearance was in 2012 when Putin assumed his third term as Russian President.

He received the case from an unidentified official during an official handover ceremony at the Kremlin on May 7.

The occasion was notable as Putin became the first President to receive the mandate for a third time, having served as Prime Minister for two terms before then.

That mandate last rolled over in 2018, when he claimed a fourth term in office. 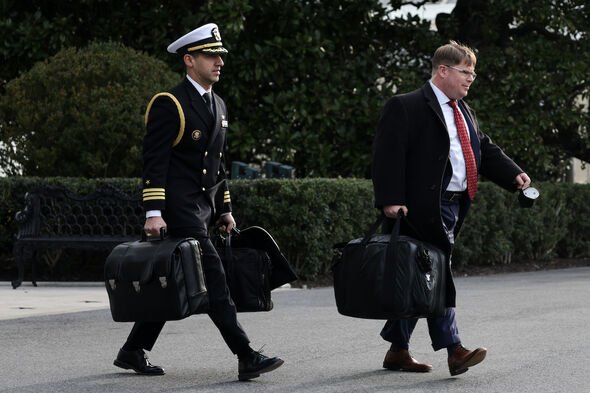 At the funeral of a Russian politician

The most recent appearance from Russia’s nuclear football was in April when Putin attended the funeral of Vladimir Zhirinovsky.

He appeared at the Christ the Saviour Cathedral in Moscow, where he was accompanied by an escort to pay his respects to the ultranationalist politician.

One aide standing behind him was seen with the case in hand as he walked to the venue.

Putin did not pick up the suitcase, preferring instead to hold a bouquet of roses he laid on Zhirinovsky’s coffin.

The Geneva Summit of 2021 wasn’t entirely remarkable aside from being the first time Presidents Biden and Putin inhabited the same room.

The more significant part of the event was that both leaders had their nuclear footballs on hand.

If the situation warranted it, they could have launched their arsenals simultaneously while metres away from one another.

Scientists believe triggering every nuclear warhead in the superpowers’ hands would destroy the world several times.