Rayshard Brooks, a 27-year-old black man, died on Friday while fleeing from two white police officers in Atlanta, Georgia. The police was called to the scene because Mr Brooks had fallen asleep in his car, which was blocking the drive-through lane of a fast-food restaurant. The death comes weeks after another African-American man, George Floyd, was killed in custody.

The officer who shot Mr Brooks, Garrett Rolfe, was fired while another officer at the scene, Devin Brosnan, was put on administrative duty.

The office declared the death of the 27-year-old homicide. 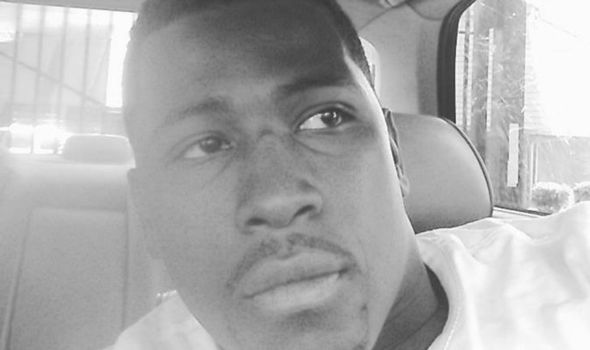 What does homicide mean?

Homicide is the act of one human killing another and required only a volitional act by another person that results in death.

A homicide may result from accidental, reckless, or negligent acts even if there is no intent to cause harm.

Homicides can be divided into many overlapping legal categories, including murder, manslaughter, justifiable homicide, euthanasia, and capital punishment, depending on the circumstances of the death. 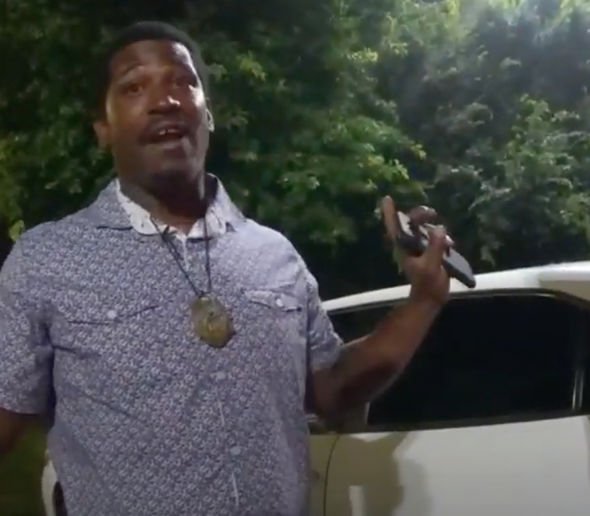 He said: ”But I believe in this instance, what we have to choose between, if there’s a choice to be made, is between murder and felony murder.”

Mr Brooks’ death has led to further protests against systemic racism and police brutality, with more expected in Atlanta this week.

DON’T MISS
How Kate and William sent a touching message to the ‘black community’  [VIDEO]
BLM supporter compares British Empire to Third Reich in shock claim [INTERVIEW]
POLL: Boris orders protestors to stay away from London, do you agree?  [POLL]

“We are all the people, we are all God’s children.

“We should feel the pain of those who lost their life to senselessness over authority being taken way overboard.”

The Georgia Bureau of Investigations (GBI) says officers were called to the fast-food restaurant because Mr Brooks had fallen asleep in his car, blocking the drive-through lane.

Body camera footage shows the two officers administering a sobriety test and then a breathalyser test, with Mr Brooks’s permission. 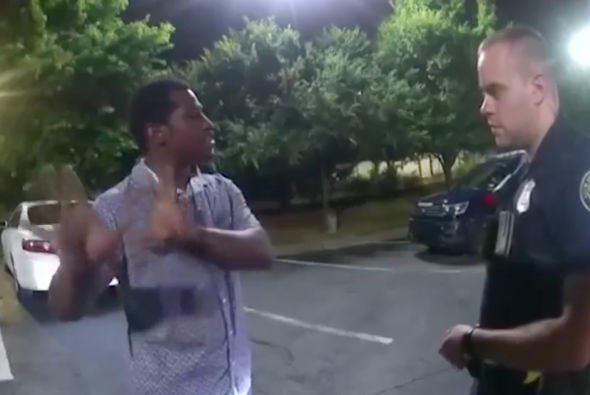 The two officers try to handcuff him, at which point their body cams fall off, but security camera video shows them struggling with Mr Brooks on the ground.

The 27-year-old then grabs an officer’s Taser and tries to run away.

As he is chased, Mr Brooks is seen turning around and pointing the Taser before continuing to run and then being shot.

Rolfe told a supervisor after the shooting: “As I pursued him, he turned and started firing the Taser at me. He definitely did shoot it at me at least once.”