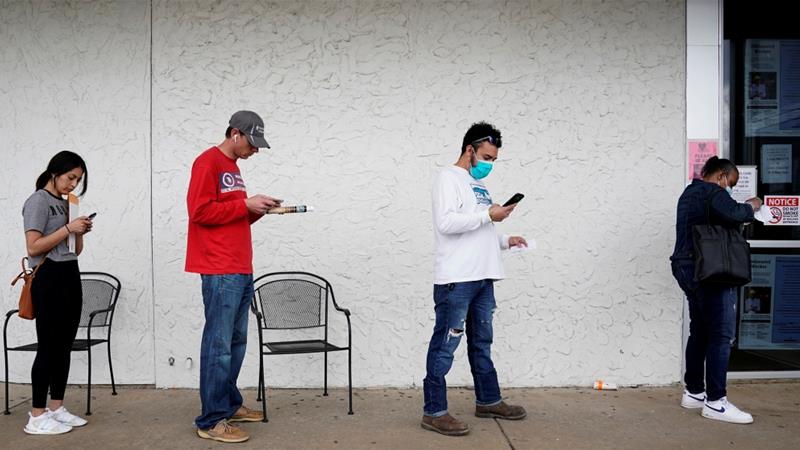 President Donald Trump should further restrict employment-based immigration to the United States until the unemployment caused by the coronavirus pandemic returns to “normal levels”, a group of four Republican senators has said.

“While economic shutdowns in states and localities across the country have been necessary to reduce the spread of this pandemic, the results have been devastating for businesses and workers alike,” Senators Tom Cotton, Ted Cruz, Chuck Grassley and Josh Hawley wrote in a public letter to the president on Thursday.

President Trump issued an order on April 22 suspending most immigrant visas for 60 days but exempted guest worker programmes. The US admits about one million guest workers a year, the senators said, and should now curtail most of those permits with an exception for seasonal agricultural workers.

Trump should add guest workers to his 60-day visa ban and should extend the restriction for four specific categories for up to a year or until the US employment recovers, the senators said in their letter. The categories include:

“As we work toward recovery, we urge you to keep the American worker in mind and limit the importation of unnecessary guest workers while American families and businesses get back on their feet,” the senators said in their letter.

The number of unemployed workers in the US surged more than 33 million in the seven weeks since the US outbreak began, pushing the unemployment rate to 15 percent, according to Labor Department data released on Thursday.

“There are millions of high school and college students who, if not for the coronavirus pandemic, would be walking across a graduation stage in front of their families and friends over the next few weeks,” the senators said in their letter.

“Instead of celebrating their hard work, most will be receiving their diplomas in the mail while worrying about whether they will be able to find a job in this market.”

The four senators, who represent agricultural states of Arkansas, Texas, Iowa and Missouri, called on Trump to continue to provide exemptions for seasonal agricultural guest workers who pick crops and perform other food industry tasks. They urged exemptions be available for other critical industries on a case-by-case basis.