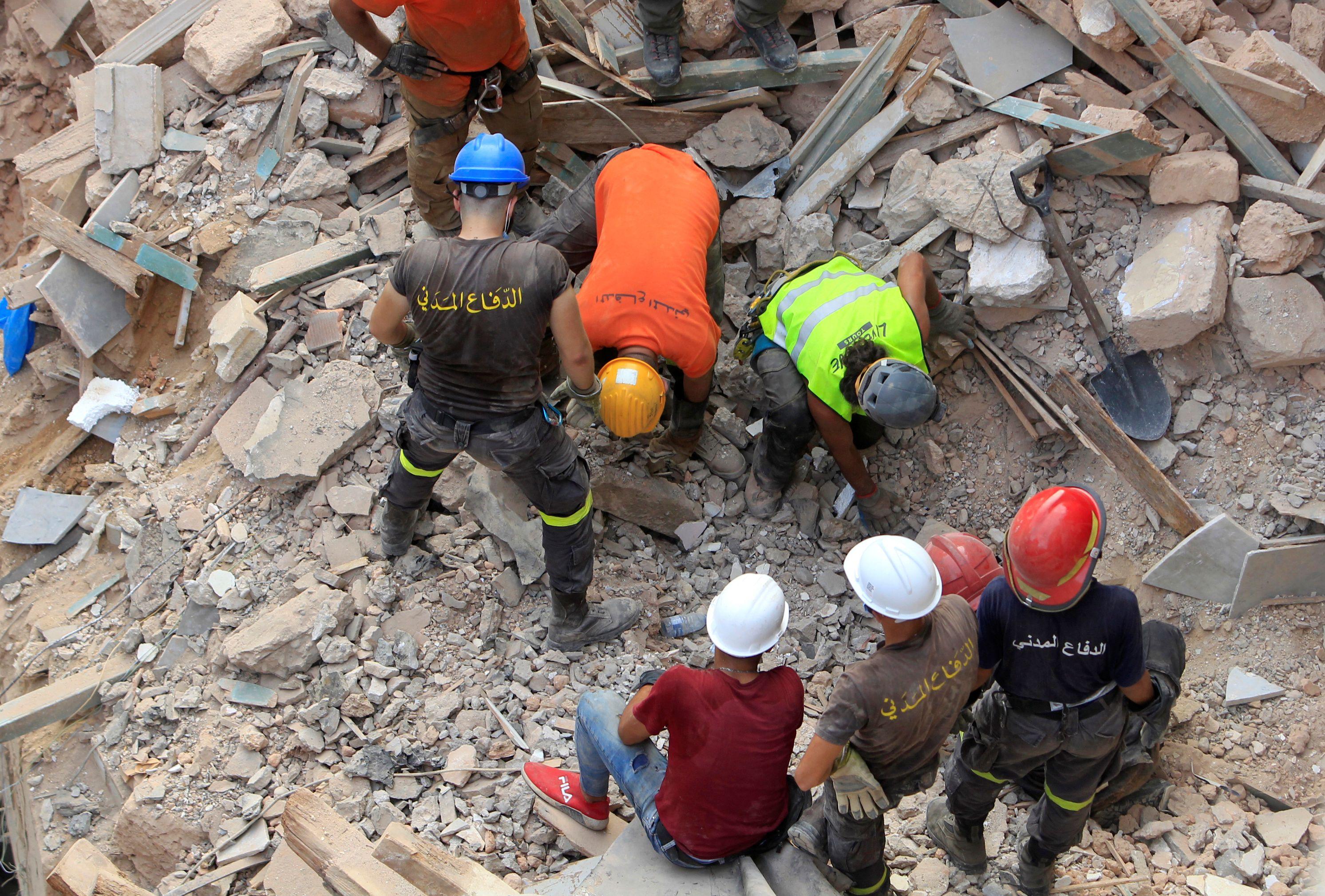 BEIRUT (Reuters) – Rescue workers in Beirut dug through the rubble of a collapsed building with their hands on Friday, a day after signs of life were detected under a mound of debris one month after a huge explosion shattered the capital.

A group of workers pulled up chunks of concrete and other broken masonry as they dug down in the residential district of Gemmayze after rescue workers said on Thursday they had detected signs of a pulse and breathing, a Reuters witness said.

The Aug. 4 explosion at the nearby Beirut port, caused by massive amounts of badly stored ammonium nitrate, killed about 190 people and injured 6,000.

It ripped through a swathe of the capital, smashing up districts such as Gemmayze, home to many old, traditional buildings, some of which collapsed in the shockwave.

The team of rescue workers included volunteers from Chile, as well as Lebanese volunteers and members of the civil defence.

The building where the search was being conducted had once housed a bar on its ground floor.