United States Ambassador Linda Thomas-Greenfield told a meeting of the UN Security Council that estimates from a variety of sources, including the Russian government, indicate that Russian authorities have interrogated, detained and forcibly deported between 900,000 and 1.6 million Ukrainians. She said that considerable evidence reveals thousands of children have been separated from their families or removed from orphanages.

According to US information, “more than 1,800 children were transferred from Russian-controlled areas of Ukraine to Russia” just in July, she said.

She told the meeting: “There is mounting and credible evidence that those considered threatening to Russian control because of perceived pro-Ukrainian leanings are ‘disappeared’ or further detained.

“Thousands of unaccompanied children, either separated from their families or removed from orphanages, had been taken to Russia, 1,800 in July alone.”

Thomas-Greenfield said the estimates indicate thousands of children have been subject to filtration, “some separated from their families and taken from orphanages before being put up for adoption in Russia”. 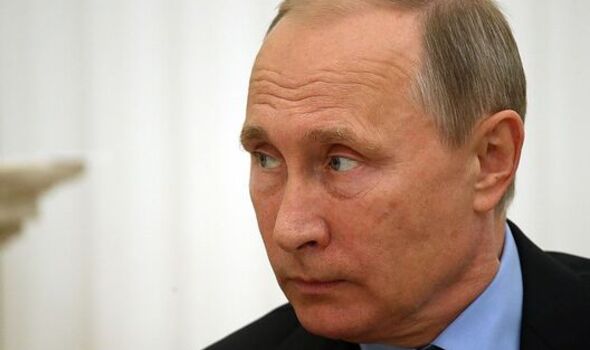 The UN says 6.9 million people have been displaced by the war, with more renewed fighting in the south and in the eastern Kharkiv region.

Ukrainian troops have recaptured more than 270 square miles of territory in the south and in the eastern Kharkiv region, Brigadier General Oleksiy Gromov said at a briefing today, advancing 30 miles into the Russian line and retaking at least 20 villages.

Ukraine declined earlier to disclose exact details so as not to compromise the operation.

According to a news report by The Times, a senior UN official described as “credible” allegations of “forced transfers of unaccompanied children to Russian occupied territory” or to Russia.

Ilze Brands Kehris, the assistant secretary-general for human rights, said: “We are concerned that the Russian authorities have adopted a simplified procedure to grant Russian citizenship to children without parental care, and that these children would be eligible for adoption by Russian families.

“Moreover, we are particularly concerned that the announced plans of the Russian authorities to allow the movement of children from Ukraine to families in the Russian Federation do not appear to include steps for family reunification or in other ways ensure respect for the principle of the best interests of the child.”

Meanwhile, Ukrainian forces also appear to have recaptured the town of Balakliya, in the northeast Kharkiv region, after a counteroffensive caught the occupying Russian army by surprise.

Social media videos showed Ukrainian troops and military vehicles in the centre of the town, which was seized by Russia early in the war.

Ukrainian flags were also hoisted on several buildings, as well as in a central square.