Sergey Furgal is considered the ‘organiser of an attempted murder and the murder of a number of businesspeople’. 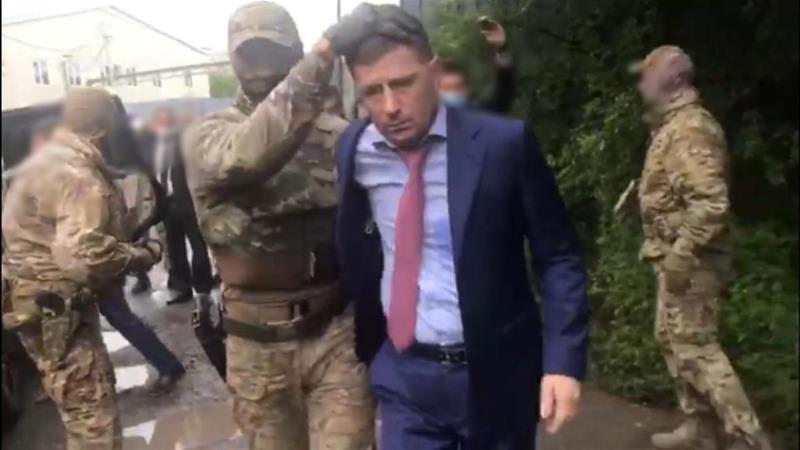 The governor of Russia’s far-eastern Khabarovsk region has been arrested on suspicion of orchestrating the murder of a string of entrepreneurs about 15 years ago.

Sergey Furgal is considered the “organiser of an attempted murder and the murder of a number of businesspeople” in 2004 and 2005, according to a statement published on Thursday by Russia’s top investigative agency.

Four members of the organised criminal group Furgal is allegedly linked with were previously convicted for their roles in the murders, committed in Khabarovsk and the neighbouring Amur region, said the Investigative Committee that handles investigations into serious crimes.

Images from the scene showed him wearing a suit and tie while being pulled from a black Lexus SUV and put in a van by several armed and masked officers in camouflage.

The 50-year-old was to be brought to the capital, Moscow, for further investigative procedures.

He was to be officially charged, with a court appointed to decide whether he should remain in custody, the statement said.

If found guilty of all the charges, he could be jailed for life.

Furgal, of the populist Liberal Democratic Party of Russia (LDPR), won the 2018 election against the longtime incumbent, Vyacheslav Shport, who had represented the party most loyal to President Vladimir Putin, United Russia.

The LDPR is also supportive of Putin, but Furgal was reportedly elected upon a rise of anti-establishment sentiment in the region.

“This is a very big political case,” LDPR leader Vladimir Zhirinovsky said in comments carried by Russian state news agency TASS. He emphasised that the party would defend Furgal.