A drafting office in southwest Russia has gone up in smoke after a man threw Molotov cocktails at the building in brazen protest at Vladimir Putin’s forced mobilisation of troops for the war in Ukraine. The Kremlin’s attempts to call up conscripts to serve in Ukraine have sparked mass exodos as well as protests in ethnic minority regions.

A video has surfaced capturing the moments the man approaches the drafting office having first rammed a car into the doorway.

He stands in the road outside the office before launching a hail of petrol bombs into the building.

The facade of the building is soon alight as flames begin to take hold.

The man continues to hurl Molotov cocktails at the drafting office as the blaze spreads rapidly. 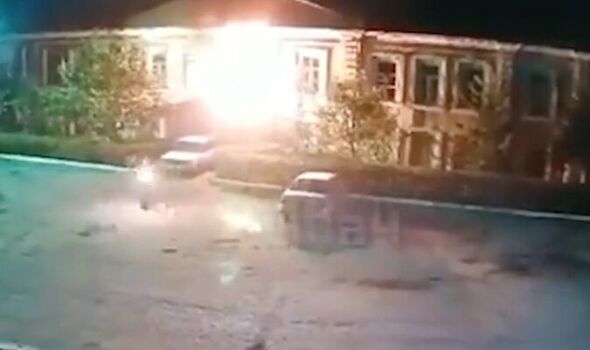 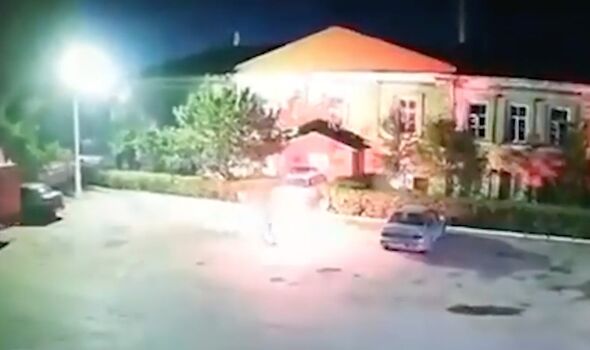 The Kremlin refused to deny on Monday that Russia might close its borders to prevent an exodus of military-age men after President Vladimir Putin declared a partial mobilisation in an effort to regain the upper hand in the war in Ukraine.

Kremlin spokesman Dmitry Peskov also confirmed that Russia was in “sporadic” contact with the United States on nuclear issues, a day after Washington warned of “catastrophic consequences” if Moscow used nuclear weapons to protect Ukrainian regions it looks set to annex.

Citizens in four regions of Ukraine were voting for a fourth day on Monday in Moscow-organised referendums on joining Russia, a plan Kyiv and the West have branded a sham.

They say the votes are rigged and they will not recognise the results.

Asked about the possibility of border closures, Peskov told reporters: “I don’t know anything about this. At the moment, no decisions have been taken on this.”

Multiple reports have documented how people with no military service have received draft papers – contrary to Defence Minister Sergei Shoigu’s pledge that only those with special military skills or combat experience would do so – prompting even loyal pro-Kremlin figures to publicly express concern.

Peskov acknowledged that some call-ups had been issued in error, saying mistakes were being corrected by regional governors and the ministry of defence.

More than 2,000 people have been detained across Russia for protests at the draft, says independent monitoring group OVD-Info. With criticism of the conflict banned, the demonstrations were among the first signs of discontent since the war began. 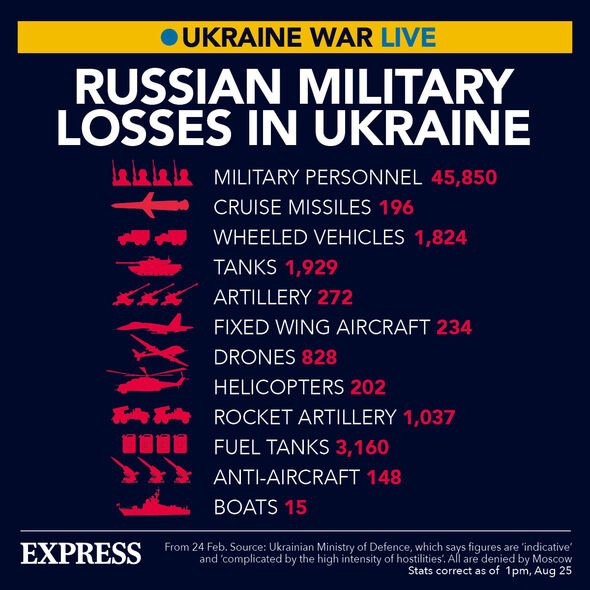 A 25-year-old gunman was detained after opening fire on Monday at a military draft office in Russia’s Irkutsk region, the local governor said.

Almost 17,000 Russians crossed the border into Finland over the weekend, Finnish authorities said, while Russian state media said the estimated wait to enter Georgia hit 48 hours at one point on Sunday, with more than 3,000 vehicles queuing.

A senior lawmaker said Russian men of fighting age should not be allowed to travel abroad.

“Everyone who is of conscription age should be banned from travelling abroad in the current situation,” Sergei Tsekov, a member of Russia’s upper house of parliament, the Federation Council, told RIA news agency.