Two missile ships and a hovercraft, accompanied by a frigate and minesweeper, blasted away at aerial and sea level targets. The manoeuvres came as two American warships, USS Roosevelt and USS Donald Cook, were due to arrive – and after US President Joe Biden had personally asked Russian leader Vladimir Putin to back off. As Russian troops continued to build up in East Ukraine, Nato called an emergency meeting in Brussels with defence and foreign ministers from its member states.

Ukraine warned Mr Putin could be planning to store nuclear weapons in the Crimea region, seized by Russia seven years ago.

Tensions escalated this week after Russia’s deputy foreign minister Sergei Ryabkov warned the Americans to avoid the Black Sea coast “for their own good”.

Mr Biden called Mr Putin on Tuesday, proposing a summit and urging him to “de-escalate tensions”. 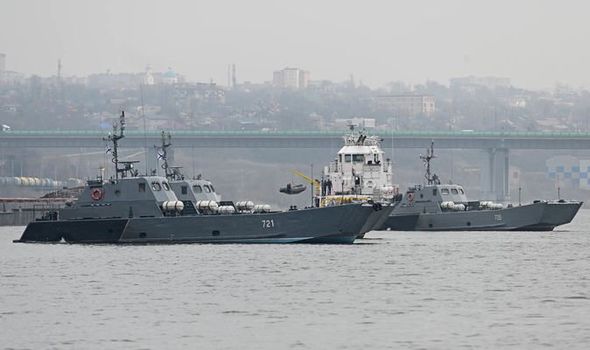 He said: “Further work on this proposal to meet…will only be possible taking into account an analysis of…steps from our counterparts.”

But Russian defence analyst Pavel Felgenhauer said his country is “on the doorstep of war”.

He claimed the number of troops massing could be as high as 500,000, and said: “The West is shown that Russia is now fully mobilised.

“Because if we start something with Ukraine, the Americans said that they would support it. Then we are ready to go to war with America at any moment.” 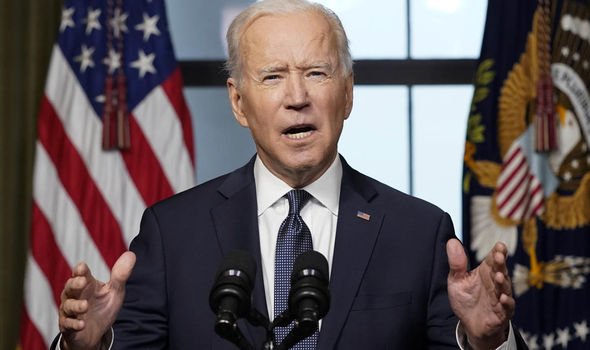 Kiev says Moscow has 85,000 troops focused on its neighbour.

The Kremlin has sent army air defence systems into Ukraine’s Voronezh region, its Black Sea Fleet will have 10 landing and artillery vessels and two landing ships are in the Mediterranean.

As part of our alliance with Kiev, up to 100 Armed Forces members are kept in Ukraine.

Two warships, the nuclearpowered USS Roosevelt carrier and guided missile destroyer USS Donald Cook, are due to arrive in the Black Sea.

Europe troop numbers will be boosted by 500.