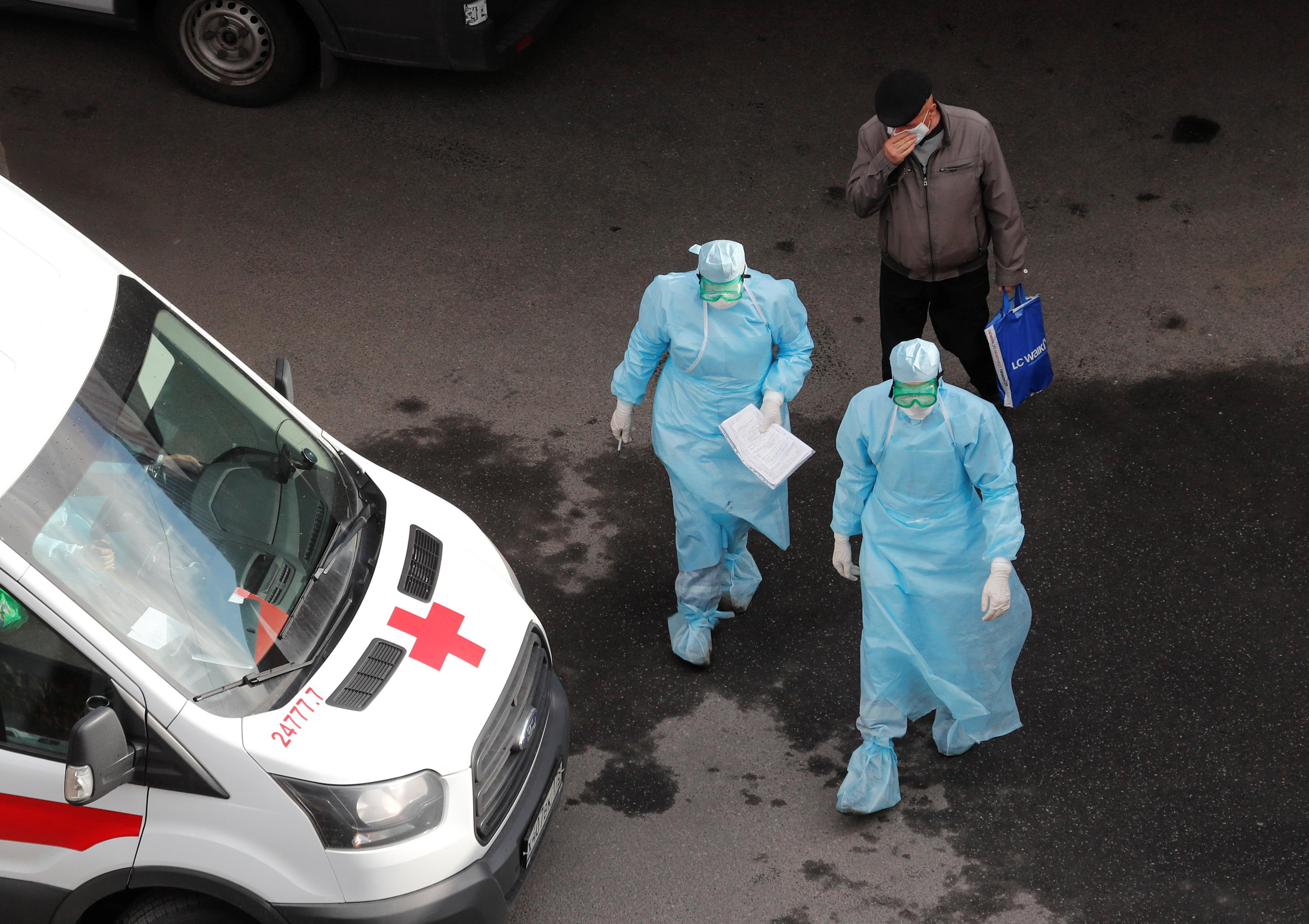 The number of new coronavirus cases in Russia rose by 6,411 on Tuesday, bringing its nationwide tally to 93,558. The number of deaths rose by 72, also a daily record, taking the total number of fatalities to 867.

The figures mean Russia now ranks eighth worldwide for the number of confirmed cases, though it still has far fewer related deaths than the other most affected countries, which include the United States, many European nations, Iran, China and Turkey.

Russia’s total population of 147 million is scattered across 11 time zones and 85 regions. The coronavirus data includes the Crimea peninsula, which Moscow annexed from Ukraine in 2014.

The country has been on lockdown since late March, and President Vladimir Putin has yet to say whether this will be extended beyond the current expiry date of April 30. The lockdown is estimated to cost Russia 0.5 percentage points of its gross domestic product every week.

Putin is due to deliver a speech later on Tuesday, the Kremlin said.

Russia enters two sets of long public holidays from Friday to May 11, with only three working days in between which many usually prefer to take off as well and to spend nearly two weeks outside the big cities.

On Tuesday it stood at 3 of the maximum 5 for Moscow, a city of nearly 13 million where the number of confirmed infections is close to 50,000, meaning there are a lot of people on the streets.

Although Moscow’s index is better than an average in nearly 300 other Russian cities that Yandex tracks, it went down this week from early April, indicating that people are starting to disregard the lockdown restrictions.

Moscow, the epicentre of the pandemic in Russia, has introduced special barcodes for private cars and public transport since mid-April to curb people’s movements – a practice set to be extended to 21 other Russian regions.

Anna Popova, the head of Russia’s safety watchdog Rospotrebnadzor, told state television on Monday that, in her view, restrictions should remain in place until May 12.