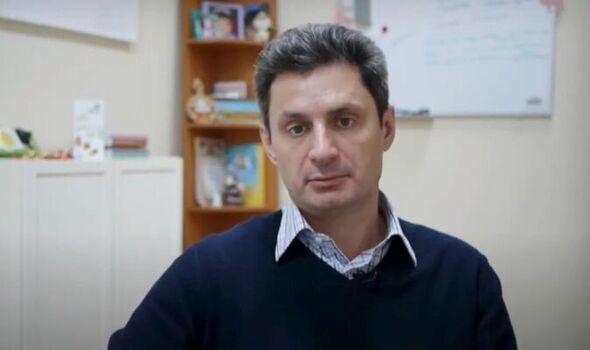 He was flying from Lausanne in Switzerland with an experienced pilot in a Monacair H130 helicopter when the crash occurred.

The pilot, aged in his 30s, was also killed, say reports and no cause has been so far established.

Reports in Russia suggest another unidentified passenger had been due to join Taran on the flight on the VIP helicopter, but at the last minute did not do so.

Taran – a highly successful offshore specialist originally from Vladivostok – was married to Russian wife Olga, founder of Hello Monaco media, and the couple had three children.

He is the third cryptocurrency entrepreneur to die unexpectedly in the past few weeks.

Tiantian Kullander, 30, died “in his sleep” last week, while fellow crypto millionaire Nikolai Mushegian, 29, drowned on a Puerto Rico beach after tweeting that he feared the CIA and Mossad were going to murder him.

In Monaco, his operations were seen as entirely respectable, and there has been an outpouring of condolences to his wife and family.

But Kyiv news agency UNIAN said Taran was a “billionaire crypto businessman with likely ties to the Russian Foreign Intelligence Service” who had died in a “freak” crash.

Citing no proof, the report alleged he was linked to the SVR foreign espionage agency and was responsible for “laundering Russian funds through a system of cryptocurrency operations”.

Pro-war Russian Telegram channel Marat Bashirov headlined the accident as a “clean-up” operation. It did not give more explanation for its allegation.

“It is with great sadness that Libertex Group confirms the death of its co-founder and chairman of board of directors, Vyacheslav Taran, after a helicopter crash that took place en route to Monaco on Friday, 25 November 2022,” said a statement from the financier’s company.

“The Board of Directors of Libertex Group and company employees extend their most heartfelt condolences and sympathy to the Taran family.”

Taran was “well-known and highly respected businessman, described as kind-hearted, polite and humble by everyone who was fortunate enough to know him”, said his company.

A formal investigation has been launched into the crash by the French authorities with involvement by Airbus, makers of the H130.