The former Prime Minister of Russia Mikhail Kasyanov has called Putin’s nuclear bluster a “bluff”. The comment follow heated rhetoric from the Russian President in which he said he would defend Russian territory against Russian aggression. Moscow plans to hold illegal referendums to annex large chunks of occupied Ukrainian territory, prompting fears the Kremlin will call the offensive in these regions an attack on Russian soil.

Mikhail Kasyanov was the Russian prime minister under Putin from 2000-2004 before being sacked by the Russian President.

He is a fierce Putin critic who fled Russia this year to an unknown location. Speaking to Channel 4, he called threats of a nuclear attack by Putin a “bluff”.

He said: “In terms of mobilisation, it’s not a bluff. In terms of the potential use of nuclear weapons, I think it’s a bluff.”

Mr Kasyanov added that Putin was trying to “blackmail” Western nations by threatening to use nuclear weapons over what Russia would call its “sovereign territory”. 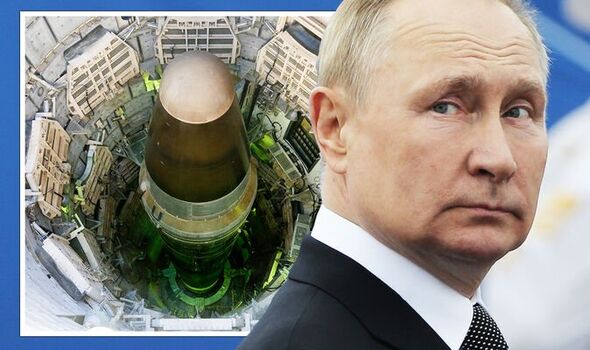 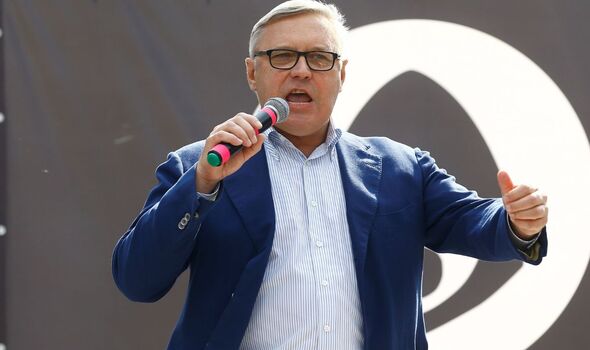 He said: “He wants right now to blackmail the Western leaders, the whole of Western society.

“He wants to recognise, through these artificial referendums, occupied parts of Ukraine as Russian territory and to say to the Western leaders after that: ‘Putin is ready to use nuclear weapons to defend Russian sovereign territory’.

“But I very much doubt that Mr Putin will use nuclear weapons because he realises that for the Western leaders, that’s the same, whether there is annexation and recognition, the nature of the war would not be changed.”

Illegal referendums are set to take place in Kherson, Zaporizhzhia, Donetsk and Luhansk – regions which Russia does not even fully control.

They are set to begin tomorrow and will in all likelihood be orchestrated to show massive support for the annexation of the areas into Russia. 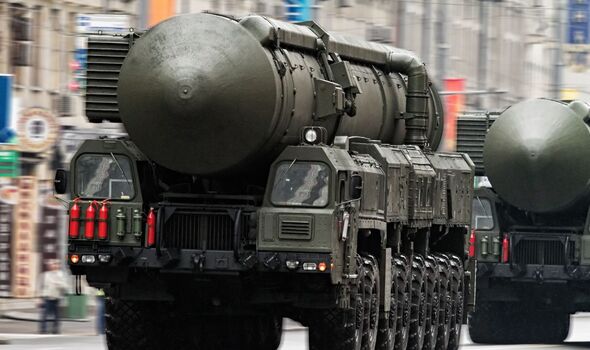 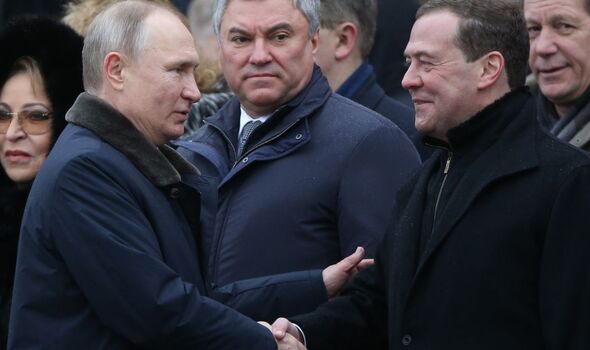 The Kremlin has mobilised thousands of reservists ahead of the referendums, which has led to queues in airports and at border crossings as Russian men attempt to escape being sent to war.

Mr Kasyanov claimed that Vladimir Putin had taken a huge risk mobilising Russian forces, and the move will likely be hugely unpopular in Russia – already more than 1,300 had been arrested during protests following the move in Moscow, St Petersburg and other cities.

The mobilisation, coupled with the huge losses suffered by Russia during the war in Ukraine, could be the end of Putin, according to Mr Kasyanov.

He said: “I feel that by the end of the year, there will be a completely different situation and today Mr Putin, by announcing general mobilisation, has already started the period of his end of his era.

“The military potential of the Ukraine army will grow and they will have a decisive advantage on the battlefield that will lead to the change of the situation and, as I think, to the collapse of Putin’s regime.”

He went on to say that he believes the Russian leader would be gone from power in two years’ time. 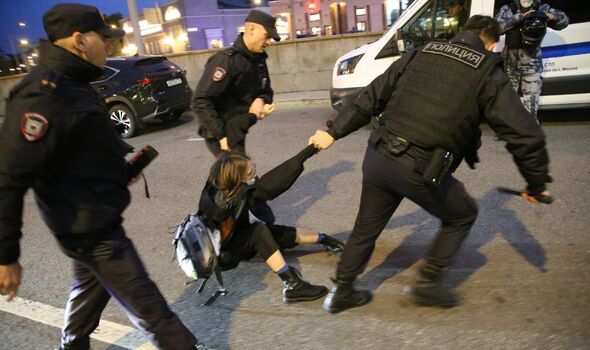 Yesterday, Putin upped the nuclear ante, making thinly veiled threats against NATO and Ukraine during a speech to the Russian people.

He said: “I would like to remind you that our country also has various means of destruction, and for some components more modern than those of the NATO countries.

“And if the territorial integrity of our country is threatened, we will certainly use all the means at our disposal to protect Russia and our people. It’s not a bluff.”

The comments were echoed by former Russian President Dimitry Medvedev earlier today, who claimed Moscow could use its “strategic nuclear arsenal” over Ukraine.