Russian host Sergey Mardan used Russia state TV to convince their audience that Ukrainian and Russian people will one reunify as before the disintegration of the Soviet Union and predicted that together Russia and Ukraine will be “storming Warsaw and Berlin”. In the discussion broadcasted on Russia’s Channel 1, the host compared Ukraine to Chechnya in the attempt to emphasise the possibility of a political reconciliation and stressed “there is no real problem with reunification [between Ukraine and Russia], it isn’t an unsolvable problem”.

Comparing Ukraine to Chechnya, Sergey Mardan said: “Let me remind you that for two decades Russia waged a counter-terrorism operation that was periodically flaring up in the North Caucasus after two bloody civil warns within Russia.

“Nonetheless, the historical wounds almost healed, ethic Chechens and ethic Russians are now fighting shoulder to shoulder having put this gestalt to rest.

“I’m sure the same will happened with Ukraine.

“I hope that after some time, Ukrainians and Russians will be storming Warsaw or Berlin together.” 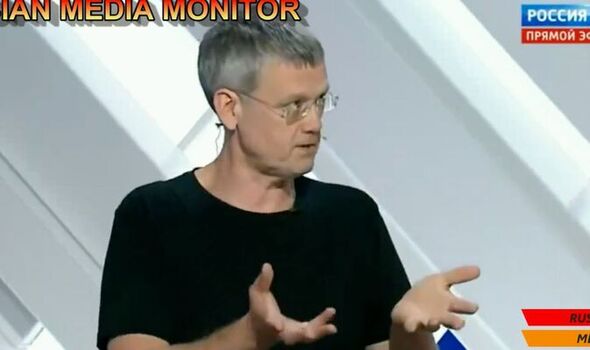 The comments came as another propagandist, Alexander Kamkin, dismissed the possibility of a reunification between Russia and Ukraine after the dissolution of the Soviet Union.

He said: “Ukraine being torn away from Russia was the worst consequence of the disintegration of the Soviet Union and of the Russian empire.

“We are reaping the fruits of those two geographical catastrophes of 1917 and 1991, when our people were artificially separated to the tune of the European and American handlers.

“It will take decades to glue it all back together.” 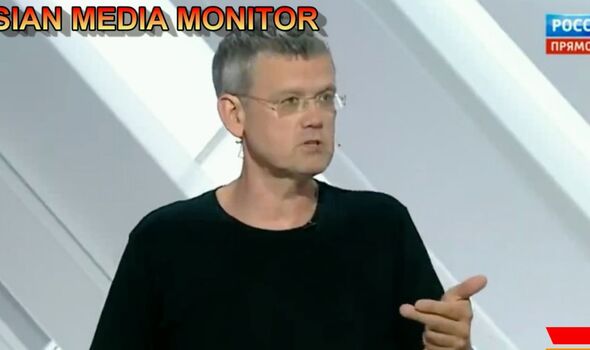 The commentator got immediately slammed by the Russian host Sergey Mardan, who claimed: “Why should it take that long? Maybe this problem could be solved in one year.”

Another host, Dimitry Kulikov, backed Mardan’s argument and concluded: “I have a clear understanding regarding them and us being one people, I don’t see a radical problem here.

“Yes, we have major difficulties, they don’t want to release the people out of this Nazi social organisation.

“There is no real problem with reunification, it isn’t an unsolvable problem”. 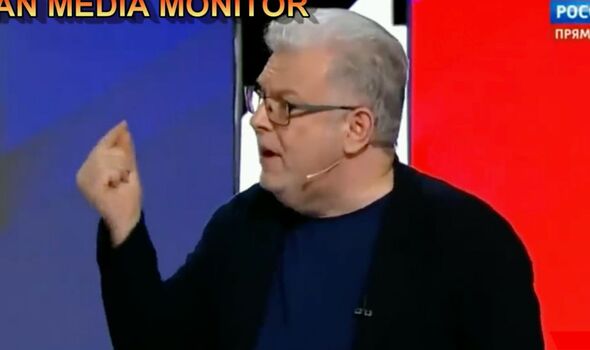 The video, posted on Twitter by columnist Julia Davis, read the caption: “Kremlin propagandists are trying to convince their audiences that Ukrainians will somehow forgive and forget Putin’s atrocities, making comparisons to Chechnya and ludicrously predicting that someday, shoulder to shoulder with Russians, Ukrainians will invade Poland and Germany”.

The clip sparked reactions among Twitter users, who commented the remarks highlighting the improbability of the forecasts amid Russia’s decision to invade Ukraine.

User @n_e_azil commented: “Well, that’s too bad because none of that will happen”.

Another user @SjoerdNolf said: “You just can’t make this stuff up”.