Russia: NATO must 'fight back as hard as possible' says expert

The territory outside the US diplomatic mission in the Russian capital has been renamed to Donetsk People’s Republic Square, the state news agency TASS reported – a move in line with repeated warnings by President Vladimir Putin and his allies against Washington’s backing of Kyiv in the war.

The new name references the Russian-aligned, self-proclaimed breakaway region in eastern Ukraine. Together with the Luhansk People’s Republic, they have collectively been known as Donbas for almost eight years.

Putin recognised the independence of the two separatist regions just days before launching the full-scale invasion of Ukraine in late February.

The embassy’s former address, Bolshoy Devyatinsky Pereulok No 8, was annulled following the signing of a decree by the city’s mayor, Sergey Sobyanin.

The name change was proposed by a group of Moscow legislators, TASS said, and according to the city hall, the new address was chosen in a public vote in which nearly 280,000 people participated.

READ MORE: ‘Britain will cease to exist’ UK told it will ‘vanish’ in Putin nuke threat 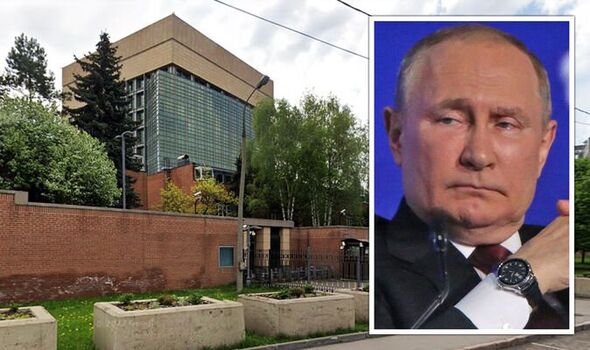 It follows an announcement by the Kremlin in May that the square would be called “Defenders of Donbas Square” – a nod to the larger Donbas region.

The US Embassy in Moscow said at the time it was “surprised but not offended” by the “Defenders” name.

It added in a statement to Reuters: “The country should know its heroes.”

Renaming the periphery of an embassy is a rare but occasional tool used to taunt a foreign government. 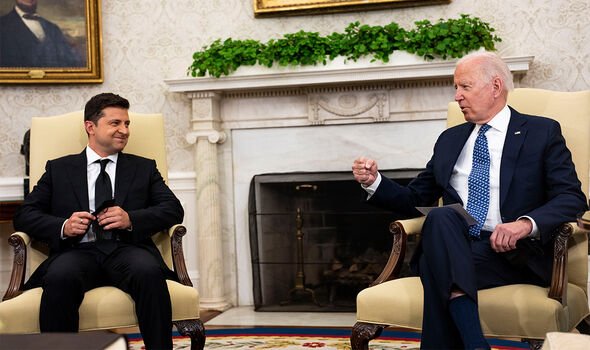 Earlier this month, DC renamed the street in front of the Saudi Embassy in Washington after US intelligence concluded that Saudi Crown Prince Mohammed bin Salman approved the killing of Jamal Khashoggi, the Washington Post contributing columnist.

The local government in the US capital said it aimed to ensure the dissident’s memory “cannot be covered up”.

Mr Khashoggi was murdered by Saudi agents inside the kingdom’s consulate in Istanbul, Turkey, in 2018 after being lured there.

The Saudi Crown Prince, who is the country’s de facto ruler, denies playing any role. 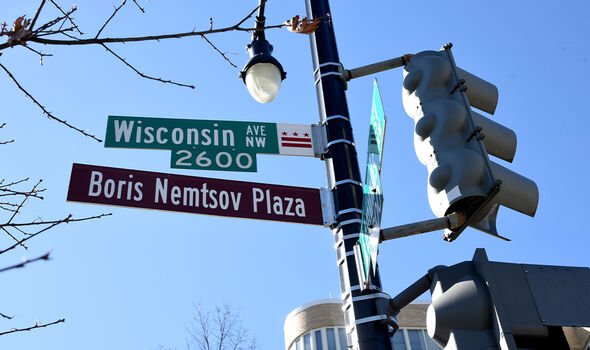 In 2018, the DC city council renamed the street outside Russia’s embassy complex after Boris Nemtsov, an opposition politician who was shot outside the Kremlin in 2015.

The US Embassy in Moscow has been subject to Russian provocations before.

On June 1, a video featuring images of children killed in Donbas was displayed on the side of the diplomatic building, and the projection said the kids’ blood was “on the hands of US warmongers”.

The footage, shared by national news outlets, showed claims made by unnamed organisers that blame Washington for the war.

The unnamed organisers of the stunt told state media they hoped the video would serve as a reminder of Washington’s backing of Ukraine’s pro-Western government, which Putin and his allies have sought to depict as “Nazis”.

One of the projections read: “The blood of Donbas children is on the hands of US warmongers.”

Videos of President Joe Biden meeting Ukrainian President Volodymyr Zelensky were also projected on the wall of the embassy.