GB News presenter Dan Wootton has hit back at Russia’s claims that they should have nuked Queen Elizabeth’s funeral on Monday in order to target all the Western leaders gathered there.

On his show on Wednesday evening, the host blasted the “scale of the delusion” being shown on state TV as Russian propaganda continues to threaten the UK.

He says: “If there is a real threat to Russian territory, we are fully entitled to use nuclear weapons.

“Why should we bomb Ukraine or Germany? There is Britain – the root of all evil.”

Ms Skabeyeva then retorts: “Then we should have done it today [Monday] when all the best people were at the [Queen’s] funeral…God forgive me.” 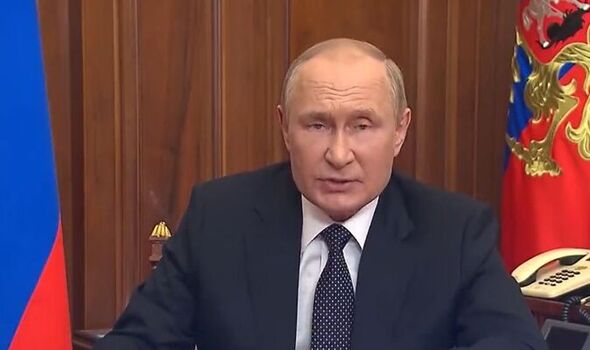 Mr Gurulev adds: “When Britain is turned into a Martian wasteland, what will NATO’s Article 5 be about?

“Defending the Martian wasteland? There will be nothing left there.

“An unshakable island – it will be shakable. I assure you they would all back off.” 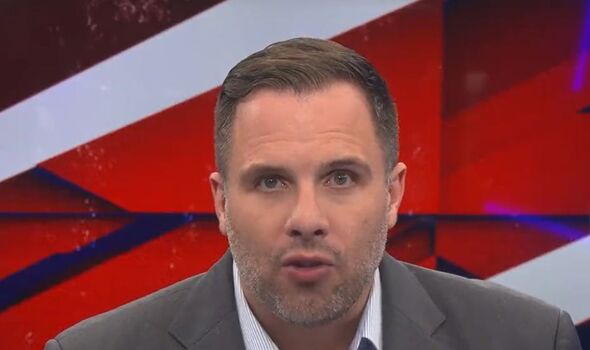 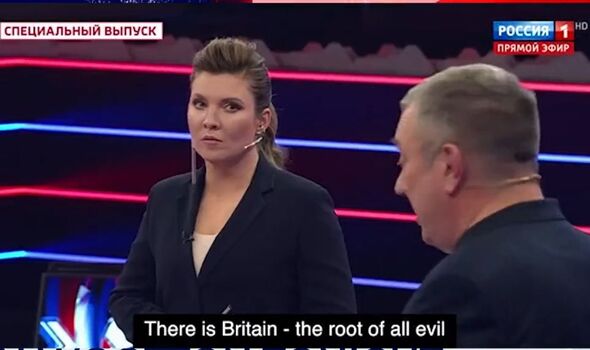 Mr Wootton responds to the clip by saying: “That, ladies and gentlemen, is the scale of the delusion that we’re dealing with.

“But I don’t believe that anyone on that TV set actually believes what they were spouting.”

In more positive news for the UK, five British citizens being held by the Russians have been released as part of a prisoner swap achieved through mediation by Saudi Arabia.

Aiden Aslin and Shaun Pinner, who had been sentenced to death by Moscow, were among those seen making their way back to the UK.

Prime Minister Liz Truss tweeted: “Hugely welcome news that five British nationals held by Russian-backed proxies in eastern Ukraine are being safely returned, ending months of uncertainty and suffering for them and their families.”

Putin’s threat to use nuclear weapons has been blasted by NATO as a “reckless act of desperation” as the Kremlin’s forces struggle in Ukraine.

In a public address the Russian leader vowed his words were “not a bluff” as he claimed the West wished to see his country weakened.