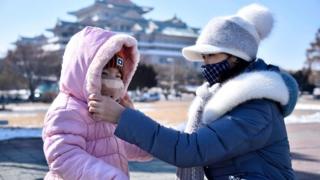 North Korea’s claim that “not a single person” in the country has been infected with the coronavirus is facing growing scepticism.

It has credited strict containment measures and the shutting down of its borders for this success.

But the top US military commander in South Korea has said this is “untrue”, calling it an “impossible claim”.

A North Korean expert told the BBC it was likely there were cases but unlikely a mass outbreak had happened.

There are currently more than one million coronavirus cases across the world and 53,069 deaths, according to a Johns Hopkins University tally.

Pak Myong-su, a director at North Korea’s Central Emergency Anti-epidemic headquarters, told news agency AFP on Friday: “Not one single person has been infected with the novel coronavirus in our country so far.”

“We have carried out pre-emptive and scientific measures such as inspections and quarantine for all personnel entering our country and thoroughly disinfecting all goods, as well as closing borders and blocking sea and air lanes.”

Could this be true?

US General Robert Abrams, head of the US military forces in South Korea, has said it is untrue that North Korea has no virus cases.

“I can tell you that is an impossible claim based on all of the intel that we have seen,” he said in a joint interview with news sites CNN and VOA.

However, he said he could not say exactly how many cases there were, not confirm where the information came from.

“It’s very unlikely that it has seen no cases because it borders China and South Korea. [Especially with China], given the amount of cross border trade and the economic relationship I really don’t see how its possible they could have prevented it,” he said.

However, he adds that it is “unlikely” there is a full scale outbreak.

“They really did take precautions early. I think it’s possible they’ve prevented a full on outbreak.”

How has North Korea reacted to the crisis?

North Korea has indeed moved much more quickly against the virus than many other countries in the region.

In late January, it sealed off its borders and later quarantined hundreds of foreigners in the capital Pyongyang. During that time, the number of cases in China were growing exponentially.

An NK News report also suggests that up to 10,000 citizens had been placed under isolation in the country – around 500 still remain in quarantine.

Are those in North Korea even aware of the virus?

Most people in North Korea are “really aware” of what’s going on, says Mr Hotham.

“There’s been so much media coverage. Almost every day you have a whole page about the efforts the country is taking domestically and also the international situation,” he told the BBC.

Fyodor Tertitskiy, a senior researcher at Kookmin University, also adds the country is currently running an “ongoing propaganda campaign teaching people how to prevent the spread of the virus”.

The answer is, according to experts – better than you would think – depending on where in North Korea you are.

Mr Tertitsky says the North’s healthcare system is “much, much better than other countries with a similar GDP per capita”.

“What they did was to train a large number of doctors who, although less qualified and infinitely paid less than their colleagues in the West, can still provide basic healthcare to the population,” he told the BBC.

Mr Hotham agrees, but says that the number of doctors in North Korea enables the country to deal with basic illnesses, but perhaps not so much more serious illnesses which also need more healthcare equipment.

Mr Hotham adds that the care you receive largely depends on where you are. The capital, Pyongyang, for example, has various medical facilities, but those in rural areas might not be so lucky.

“Some provinces are desperately underfunded, where you’ll have hospitals with no running water or stable power.”

Why might North Korea be trying to cover up cases?

For North Korea to admit they have cases now could be a sign of “defeat”.

“The state has put a lot of stock into its response and there has been so much propaganda about how well they’re doing,” said Mr Hotham.

“I think for them to admit now that there were cases is essentially to admit defeat. I think it would also cause panic and people would freak out. If you have large movements of people trying to get away, that could create instability and even more infections.”

Mr Tertitskiy also puts this down to North Korea trying to preserve its self-image.

“The country is very paranoid about giving away any information that may make it look bad. Their basic rule is to say nothing unless there is a good reason to do otherwise.” 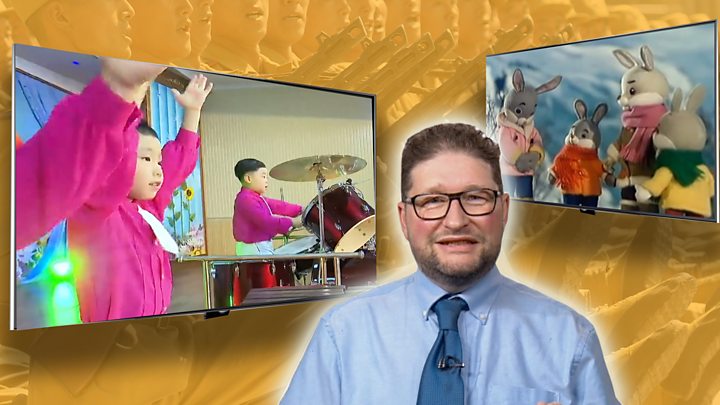