UK weather: Map shows parts of Britain to be hit by heavy snow

Heavy snow is forecast across the UK this weekend, with the wintry conditions expected to blanket even the south of England. Weather charts show the west of the UK will see that start of the snowfall, before it moves further east and ends up covering much of Britain.

Snow is forecast along the west of the UK from Saturday morning, which coincides with a significant drop in temperatures, according to charts by Netweather.

At 9am the mercury is set to plunge to -9 across northern Scotland, while the north of England can expect a chilly -4C and the south will see temperatures dip just below freezing.

By 6pm snow is forecast along the west of the UK, with pockets of snow also expected in the south east and Midlands.

This is indicated by the red and white colourings on the map, which shows there is between an 80-100 percent snow risk. 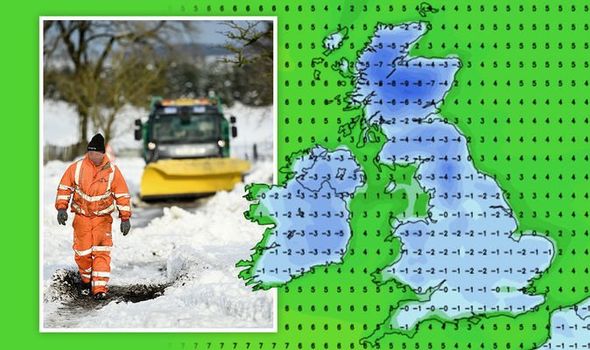 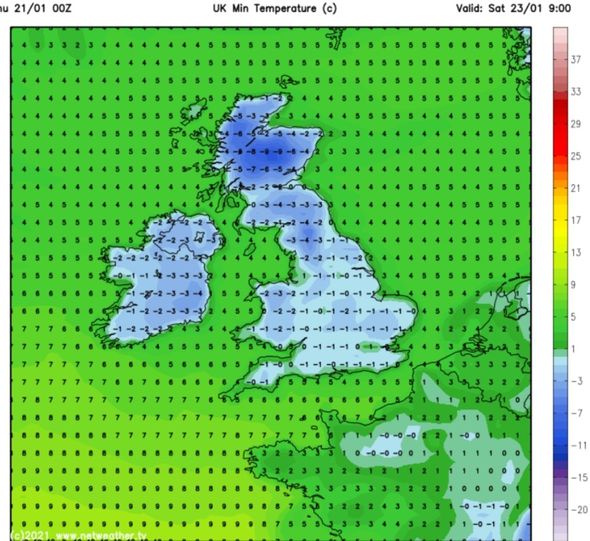 At 6am on Sunday the whole of Wales is covered by a 100 percent snow risk, with much of the West Country also forecast for snow.

The wintry conditions continue to move further east on Sunday, with much of England covered by a high snow risk at 12pm.

By 6pm the south east turns red, indicating over an 80 percent risk of snow.

Parts of West Scotland, Wales and the West of England are also covered by a moderate to high snow risk, according to the charts. 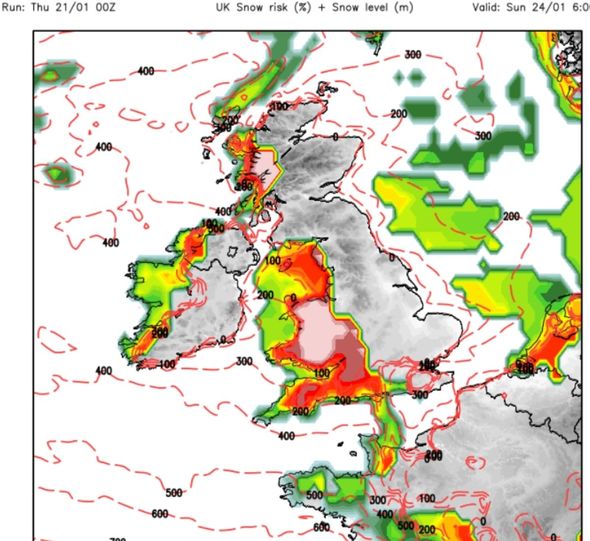 As 9pm hits the chance of wintry conditions has moved away from the south east, leaving just parts of Scotland and the west of England and Wales covered by a high snow risk.

Maps by WXCharts show Scotland can expect up to 20 inches (51cm) across the weekend.

Parts of Wales are forecast about 3.5inches (9cm), while other parts of England can expect a light dusting.

By Monday morning, the 48-hour snow blitz has moved away from the UK. 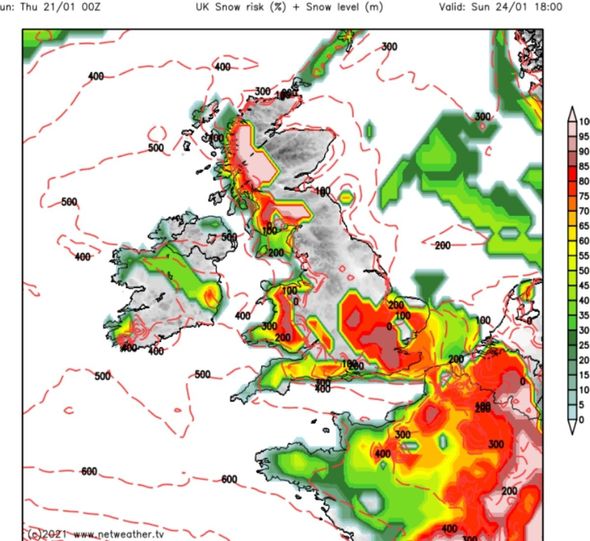 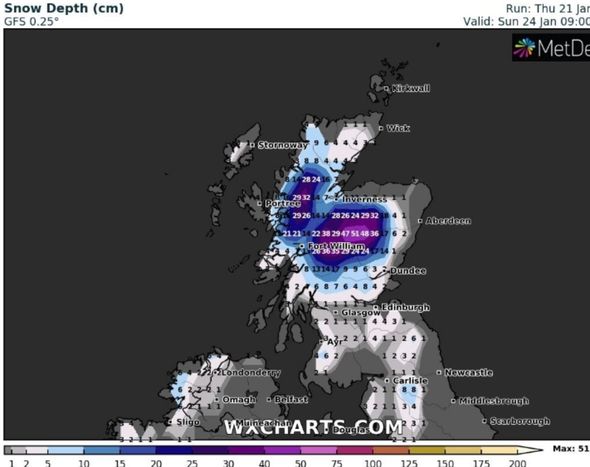 Discussing the change in weather conditions this weekend, Jim Dale of the British Weather Services said the snowfall forecast is still not 100 percent certain.

But he said there are indications to show parts of the south east will see snow flurries.

He told Express.co.uk: “The insight is tempered by the fact this event is likely to be hit and miss and transient.

“Certainly cold air will be in situ and there are suggestions of a shallow low pressure area forming over the SE on Sunday; but for now it’s scattered sleet or snow showers at best.” 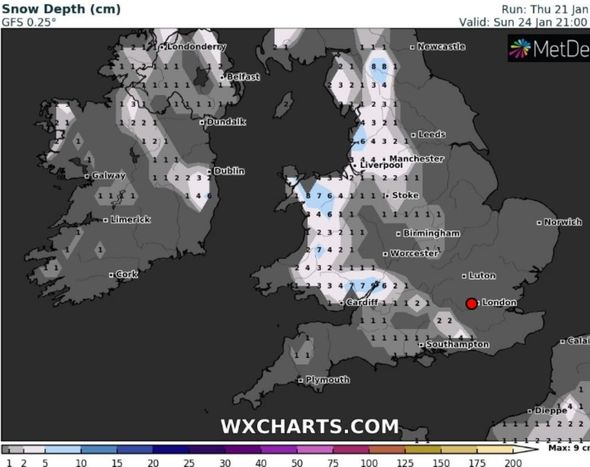 The Met Office’s weekend forecast said: “Sunny spells and showers, some wintry in Northern and Central areas Saturday and Sunday. “Cloudier, some rain or snow in South. Sunny spells and isolated wintry showers Monday. Cold throughout.”

“Southern England will see thick cloud clearing eastwards. Sunday will have widespread cloud, with areas of rain and snow possible in central and southern areas.

“The north-east will see brighter spells. Monday will see periods of sunshine for many, but with some wintry showers to the east.”