A yellow alert for snow and ice has been issued for southern England and southern Wales, warning of potential power cuts and the risk of injury caused by falls. The weather warnings are in place until 6am on Thursday, New Year’s Eve.

The Met Office said there is a “slight chance that power cuts may occur, with the potential to affect other services, such as mobile phone coverage.”

And the weather agency added bus and train services may be delayed or cancelled due to ice and snow on roads.

The yellow alert covers major cities such as London and Birmingham.

Snow is expected in the capital early on Thursday, as temperature hover at 1C. 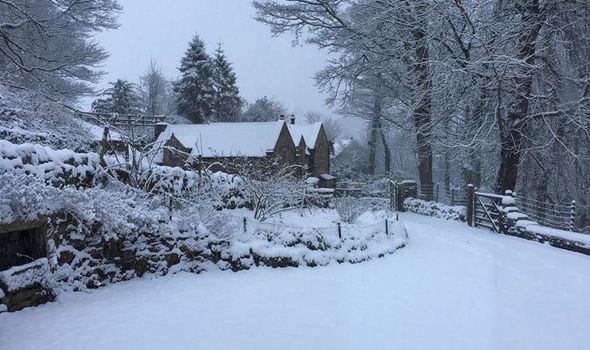 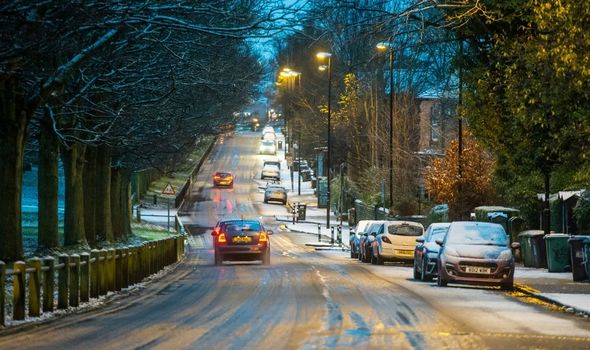 They said cloud cover earlier in the day will bring a chance of sleet in London.

The Met Office said: “There is a small chance of travel delays on roads with some stranded vehicles and passengers, along with delayed or cancelled rail and air travel.” 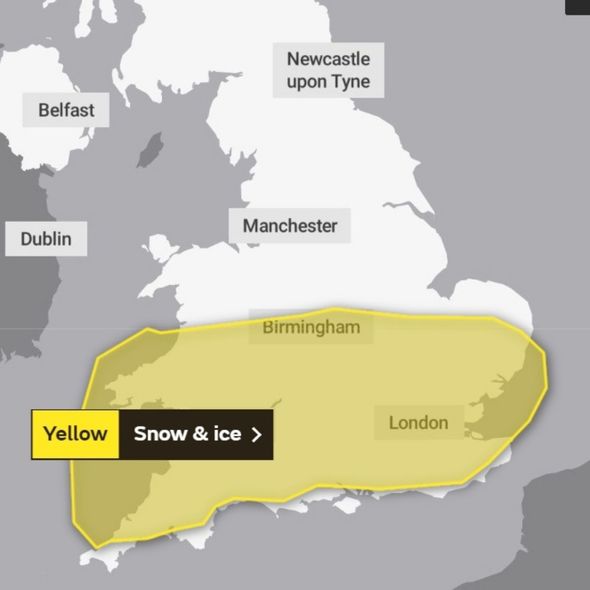