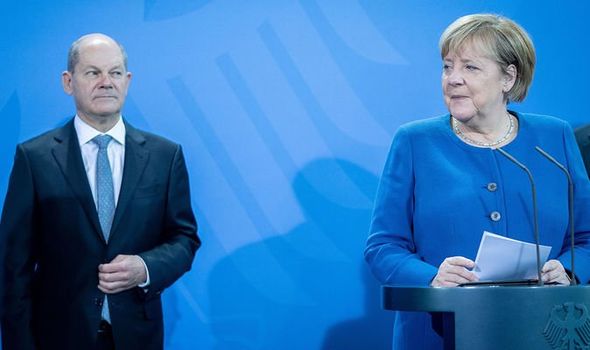 Olaf Scholz is set to succeed Angela Merkel as Chancellor of Germany as the country’s new coalition government is to be announced this afternoon. Though the Social Democrat will be in charge, the Green and the Liberal Party will play key roles in governing Germany, too. Nearly two months after a federal election in September, where no one party gained a big enough share of the votes to govern alone, it is expected the German Parliament will approve Olaf Scholz as Chancellor the week of December 6.

The exit of Ms Merkel marks a huge change in German politics.

Her party, the CDU, and its sister party, the CSU, won’t be in the dominant position they have enjoyed for decades. Instead, they will now find themselves in opposition after Armin Laschet, the alliance’s candidate for chancellor, fell short of votes.