SOWETO, Johannesburg (Reuters) – They perform one of South Africa’s most important services, collecting recyclables that would otherwise swell the country’s rubbish dumps and burden municipal trash collection, but the coronavirus lockdown has left thousands of wastepickers jobless. 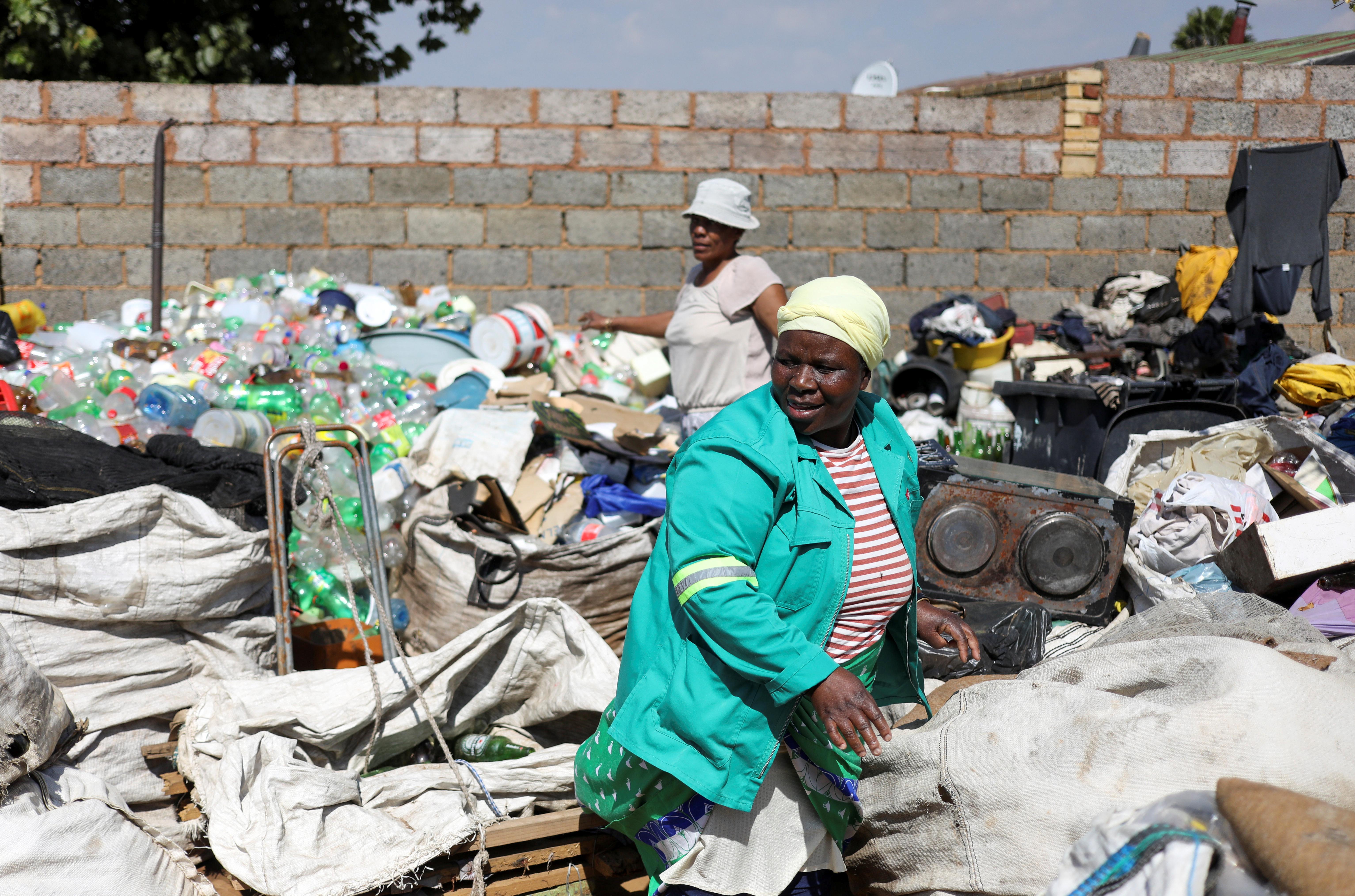 The shutdown ordered by President Cyril Ramaphosa that began on March 20, and was extended until April 30, is among the toughest in the world. It bans anyone apart from essential workers leaving their homes except to buy food or medicine.

Yet although municipal rubbish collectors were classified as essential workers, authorities excluded itinerant wastepickers who ply the streets of Johannesburg pulling heavy carts laden with more than three quarters of the city’s total recycling.

For the past decade, 55-year old grandmother Abigail Kubheka has been rising at 3 a.m. every morning in her house in the township of Soweto. She walks some 10 kilometres a day to scavenge for recyclable trash and load it onto her cart.

“If you leave much later, you’ll get nothing,” she told Reuters at a Soweto yard where other wastepickers with whom she works sorted plastic from glass bottles and aluminium cans.

Even when she goes to church on Sunday, she carries a waste bag to scoop up any promising items on the way back. Besides doing wonders for her fitness, her activities have enabled her to feed, clothe and educate three children — one is now at university — and support two grandchildren.

But with the lockdown, everything dried up.

“People think wastepickers are low down, but I find it good. I’m healthy and I’m free,” she said. “Now I’m just sitting at home because we can’t work.”

A spokesman for the environment ministry did not respond to a request for comment.

A 2016 report by South Africa’s Council for Scientific and Industrial Research (CSIR) estimated there were up to 90,000 waste pickers in the country, which is notorious for having the world’s worst extremes of wealth and poverty.

The same report said they collect 80-90% of the paper and packaging that South Africa recycles, saving municipal authorities 750 million rand ($39.54 million) in one year.

Another report by South Africa’s plastic industry body put its recycling of plastics at 46% in 2018, compared with just 31% across Europe, thanks largely to the wastepickers’ efforts.

Wastepicking also fill stomachs in a country with 30 percent unemployment and large families often depending on a single breadwinner. Adelina Nkopane, who works with Kubheka, was pulling in 1,000 rand a week — a good wage in South Africa.

“Since the lockdown, I don’t have money to buy food or pay my rent. My husband is not working and I never manage to keep money for more than a few days. It’s a disaster,” she said, before stuffing a sack full of plastic drink bottles.

Instead, she has been queuing up for government food handouts. “If they can just allow us to work and we respect the rules and they gave us masks, we could be very happy,” she said.