The outspoken diplomat has blasted Beijing on a number of occasions this year regarding issues ranging from the human rights to the coronavirus pandemic. The US State Department announced Mr Pompeo’s East Asia trip yesterday, though very few details were given.

The Secretary of State will travel to three countries during his visit: Japan, Mongolia, and South Korea.

The Department said: “On October 6 in Tokyo, Secretary Pompeo will participate in the second meeting of the Quad Foreign Ministers of Australia, India, and Japan. He will also have meetings with his Japanese counterparts to discuss issues of mutual concern.

According to Reuters, China-US relations are currently at their lowest point in decades. 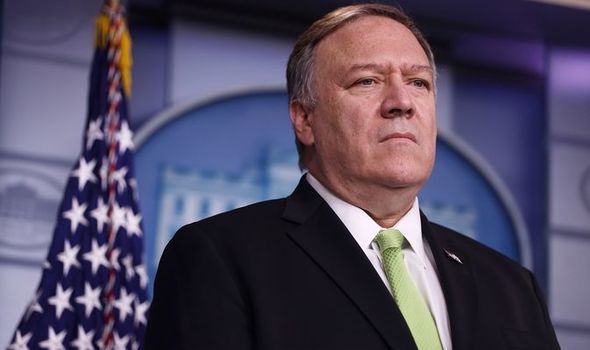 One of the most prominent areas of disagreement between the two nations is the South China Sea – a large area of water which China mostly claims.

Mr Pompeo announced a tough stance on this in July, when he issued an update on the US’ position regarding the contested region.

He accused China of a “campaign of bullying” to control offshore resources in the South China Sea, and called most of its claims “completely unlawful”.

He added: “Beijing uses intimidation to undermine the sovereign rights of Southeast Asian coastal states in the South China Sea, bully them out of offshore resources, assert unilateral dominion, and replace international law with ‘might makes right.’” 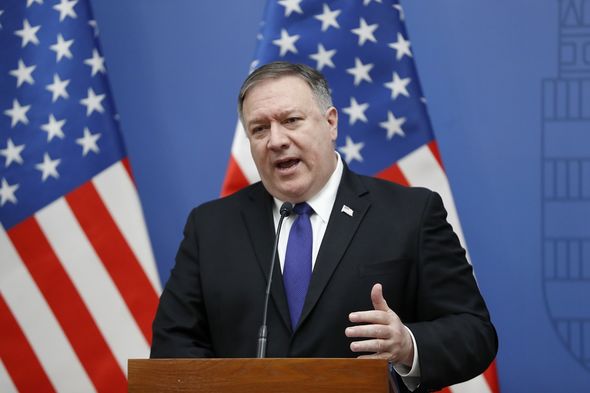 That same month, two US Navy aircraft carriers conducted military drills in the South China Sea for what analysts said was a show of force.

The US government, announcing the exercises, said wanted to secure “the right of all nations to fly, sail and operate wherever international law allows”.

China has also been carrying out military drills of its own in the South China Sea, with the most recent ones taking place this week amidst regional tensions.

China has been particularly riled by US officials heading to Taiwan – an island nation around 100 miles off of China’s coast. 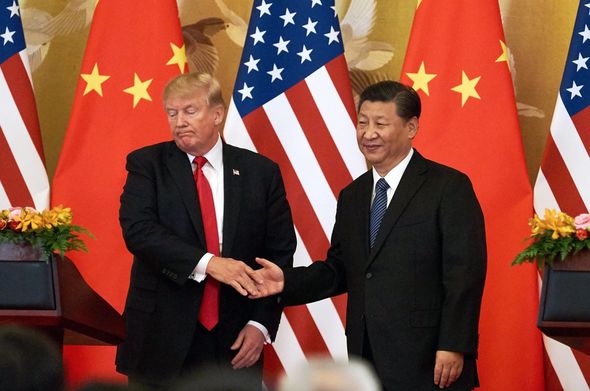 China considers Taiwan to be part of its territory, though Taiwan says it is an independent nation.

Two senior US government figures have been sent to the nation in recent months – visits Beijing has sharply criticised.

Regarding a visit by US Undersecretary of State Keith Krach this month, China’s foreign ministry spokesman Wang Wenbin said: “It is a political provocation that emboldens ‘Taiwan independence’ separatists and undermines China-US relations as well as peace and stability across the Taiwan Strait.” 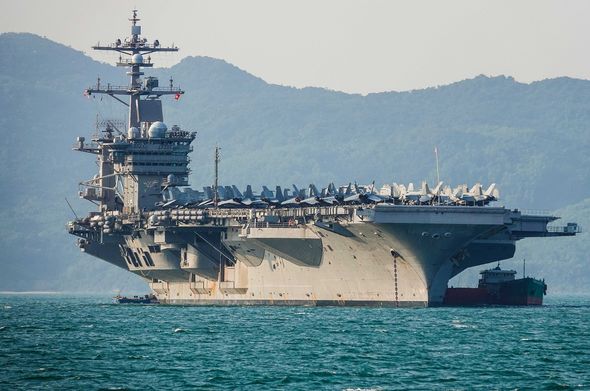 Reuters reports Mr Pompeo’s visit to East Asia next month will secure ties with allies in the region.

After his four days of meetings, the diplomat is due to return to the US on October 8.

Mr Pompeo met with Chinese official Yang Jiechi at a US military base in July this year, in which the two sides agreed to continue communicating.