SEOUL (Reuters) – The South Korean government ramped up efforts to end a strike by thousands of the country’s doctors on Friday, as Seoul took the unprecedented step of restricting eateries in the capital in a bid to blunt a surge in coronavirus cases. 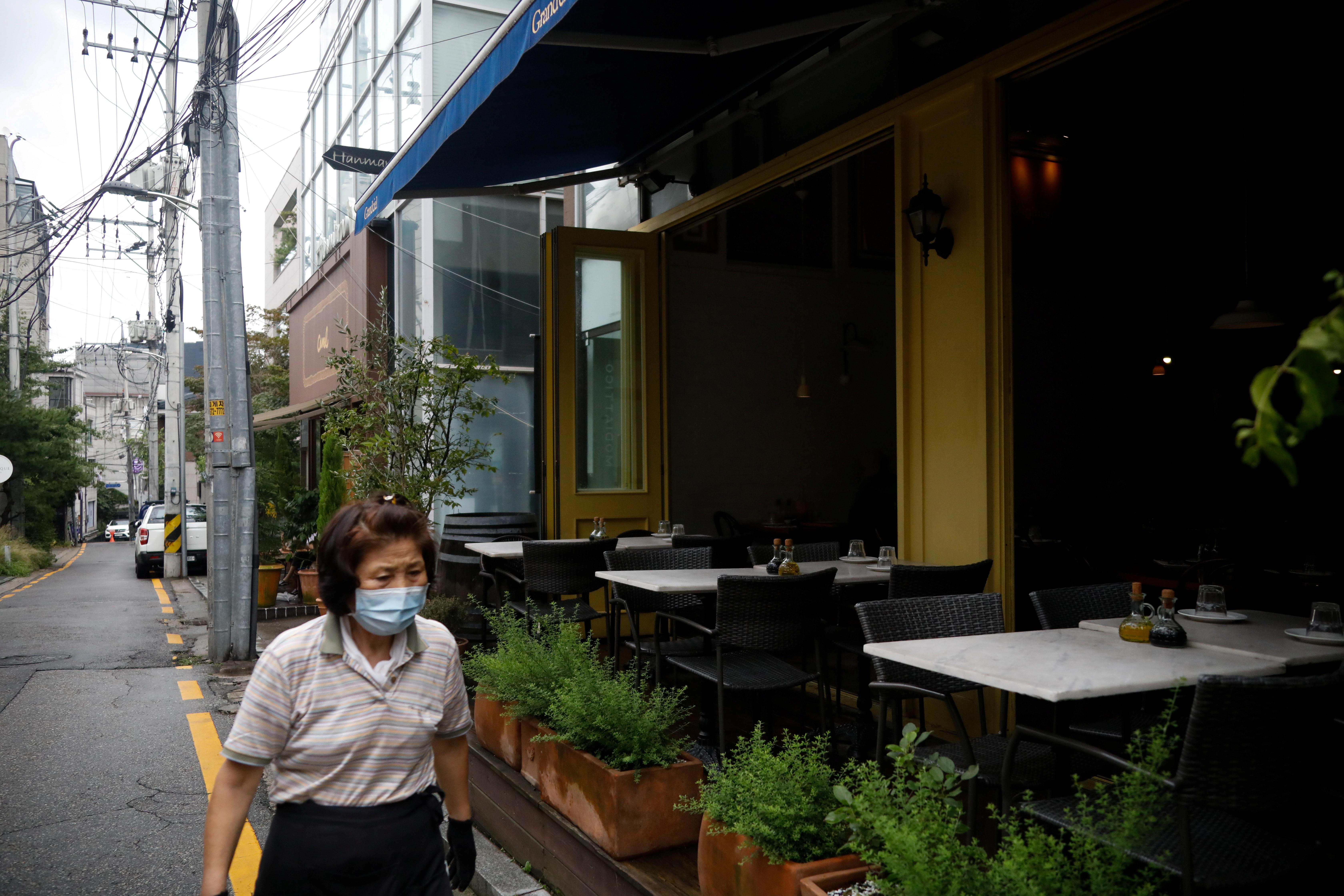 The Health Ministry extended a back-to-work order for doctors to the entire country and filed a complaint with police against at least 10 doctors it said have not abided by an order that has been in place in Seoul since Wednesday.

The escalation in the dispute between doctors and the government comes as South Korean officials grapple with a fresh wave of COVID-19 infections.

After aggressive tracing and testing contained a large outbreak earlier this year, the country suffered a setback this month when a church cluster spread to a political rally.

Officials reported 371 new infections as of midnight Thursday, bringing the country’s total to 19,077, including 316 deaths.

“To protect lives and safety of the citizens in a grave crisis of nationwide coronavirus transmission, the government inevitably expanded the back-to-work order for trainee and professional doctors today nationwide,” Health Minister Park Neung-hoo said.

Almost 16,000 intern and resident doctors have been on strike since Aug. 21 over the government’s plans to boost the number of doctors in the country over the coming decade, which it said is necessary to better prepare for public health crises.

The student doctors, however, argued that extra funding would be better spent improving the salaries of existing trainees, and addressing systemic issues.

“We strongly denounce the government for filing complaint for criminal charges within just a day for refusing to comply with the order,” Choi Dae-zip, president of the Korean Medical Association, said at a news conference in front of a Seoul police station.

Thousands of teaching hospital doctors, trainee doctors and private practice physicians began a three-day strike on Wednesday to express solidarity with the intern and resident doctors.

The intern and resident doctors form the backbone of healthcare services in key places such as emergency rooms and intensive care units, and major hospitals have reported delays and disruptions since the walkout. The striking doctors have volunteered their services at temporary testing centres to help with the outbreak.

Public opinion on the high profile strike and government response has been mixed according to recent polls.

“I understand the doctors, too, but now is not the time,” Lim Soon-ja, 71, a thyroid cancer patient, told Reuters outside Seoul National University Hospital. “I wish they would express their opinions once the outbreak is settled.”

Officials further constricted movement in the Seoul metropolitan area, the centre of the fresh outbreak, on Friday.

Coffee shops, some of which have been identified as hotspots in the outbreak, are restricted to takeout and delivery services. Restaurants, snack bars and bakeries are not allowed to offer on-site dining between the hours of 9 p.m. and 5 a.m.. The measures will last for at least a week.

Churches, nightclubs and most schools in the capital are already closed, and masks are mandatory in public places.

Prime Minister Chung Sye-kyun announced the government had agreed to extend Phase 2 restrictions – the second highest level – across the country for at least another week.

“Phase 3 social distancing is the choice of last resort given the economic and social ripple effect,” Chung said during a government meeting.

Korea Centers for Disease Control and Prevention (KCDC) director Jeong Eun-kyeong warned that modelling indicates that if the outbreak is not contained, cases could surge to as much as 2,000 per day.